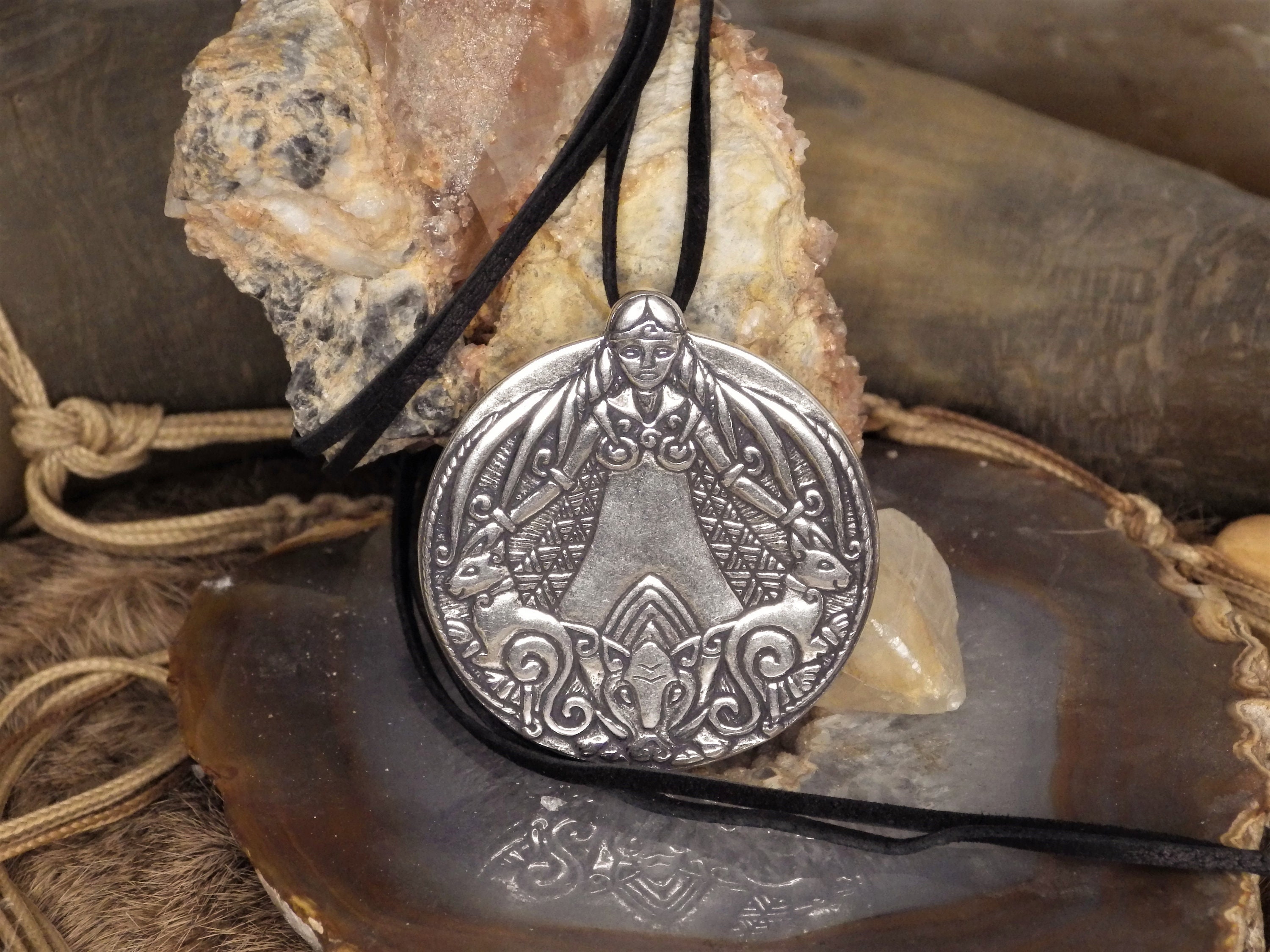 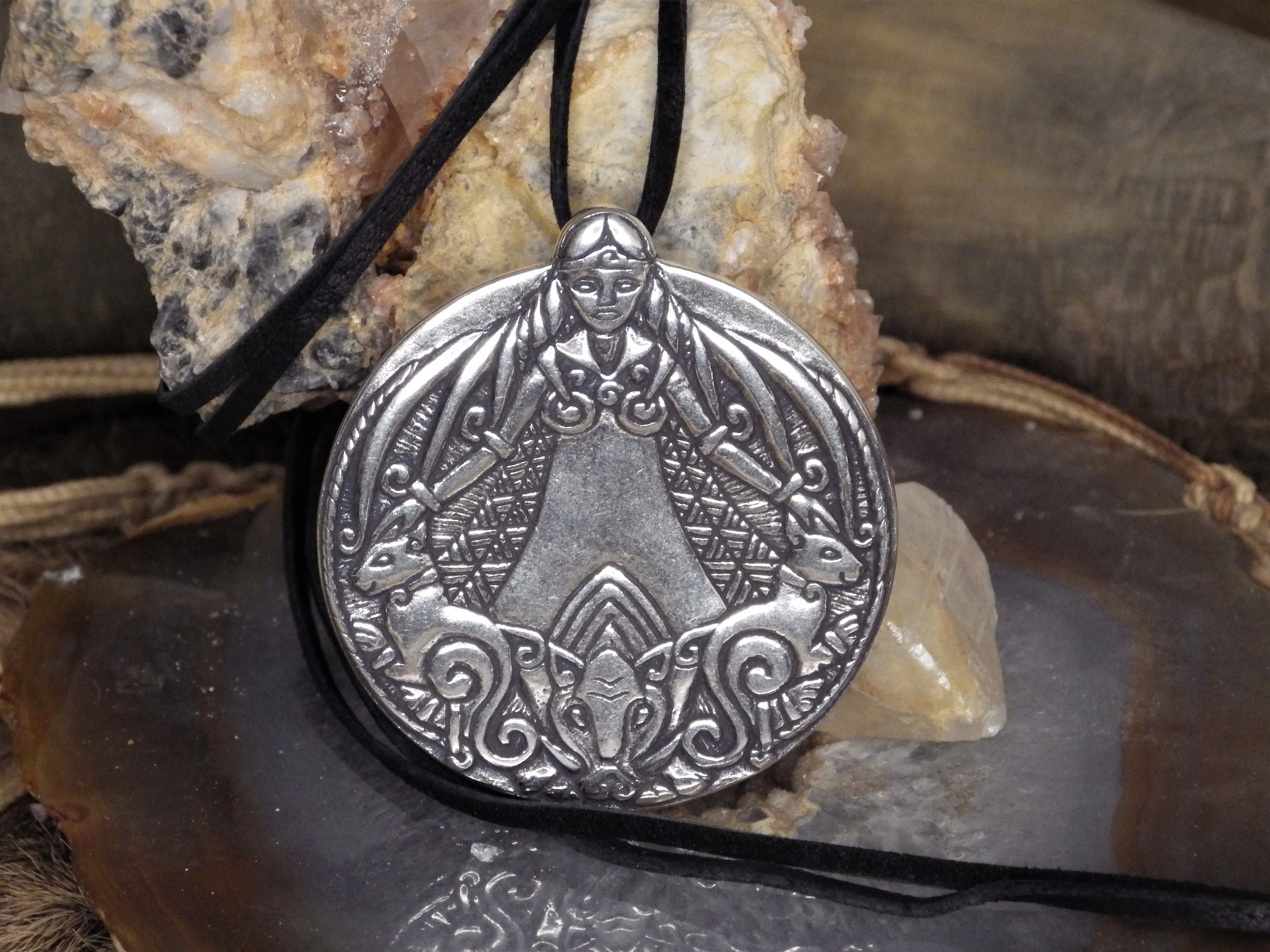 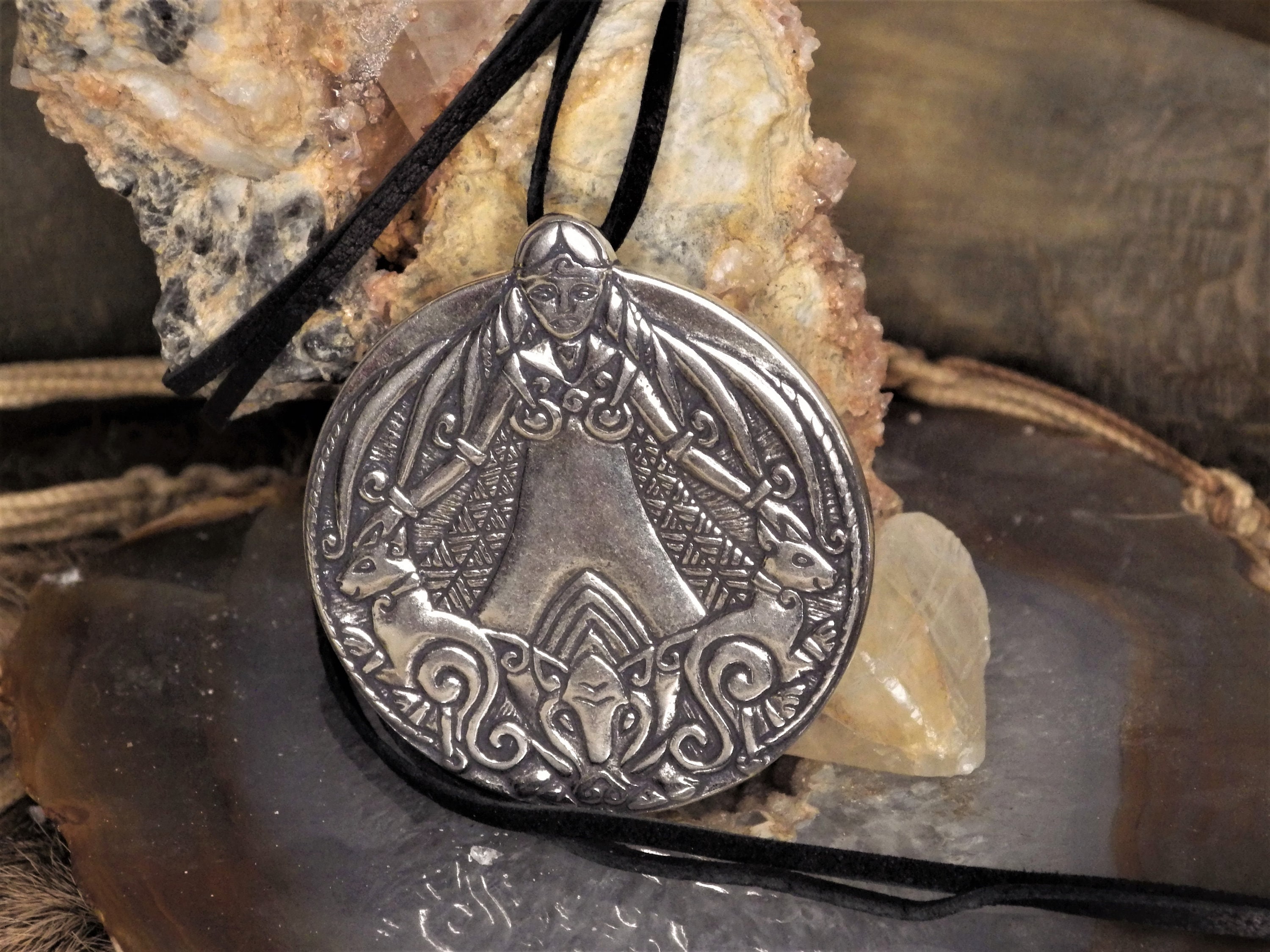 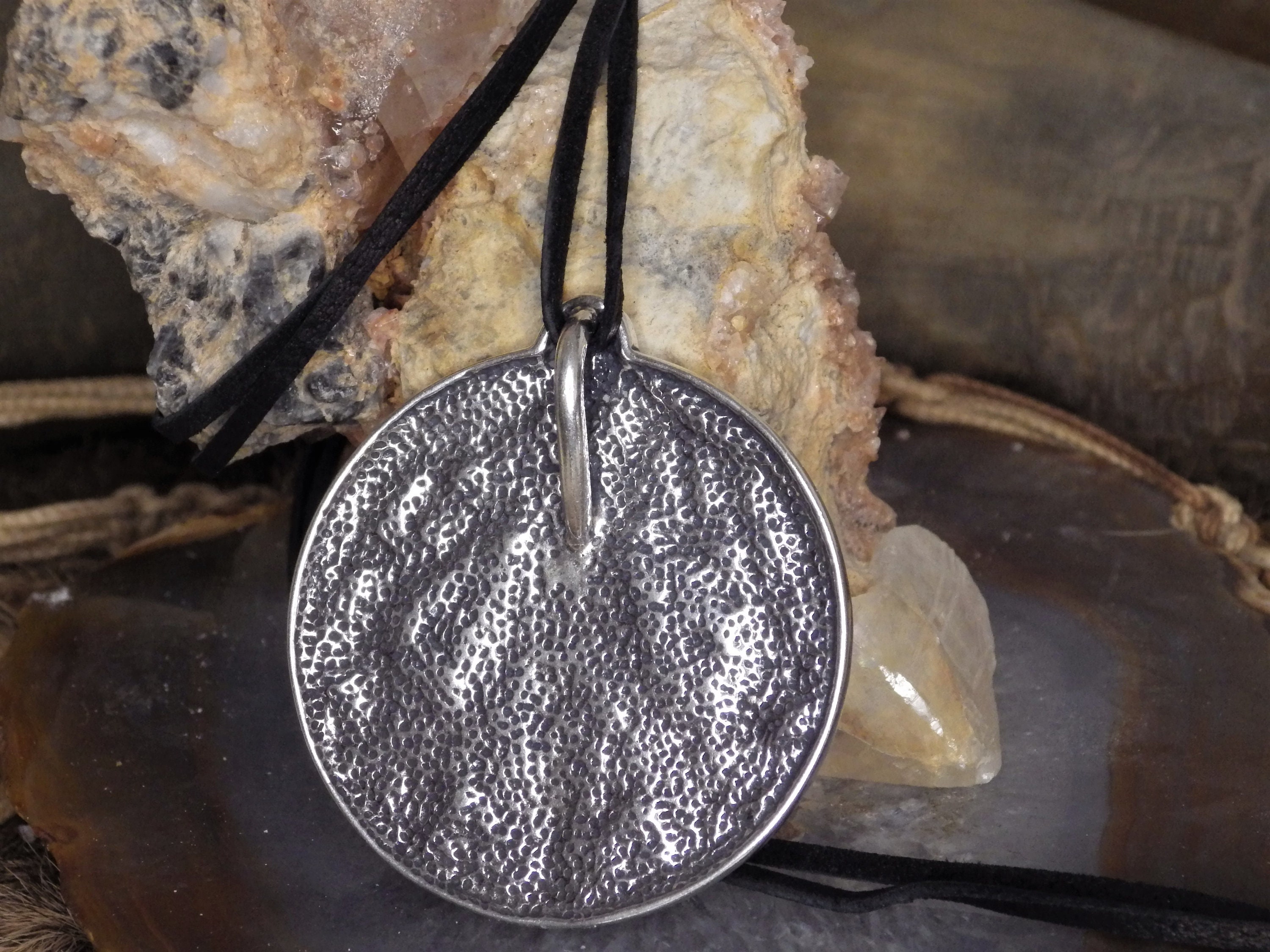 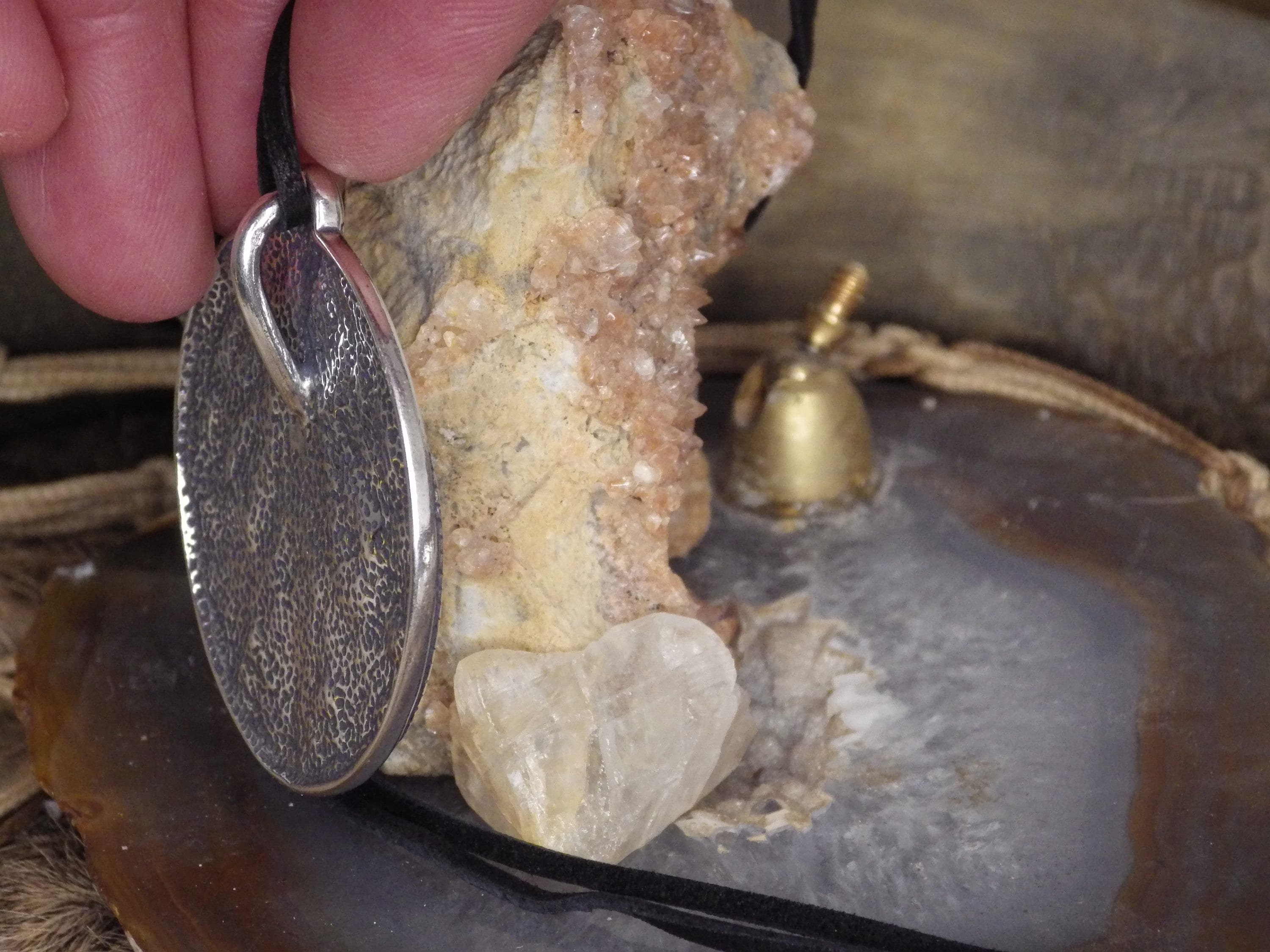 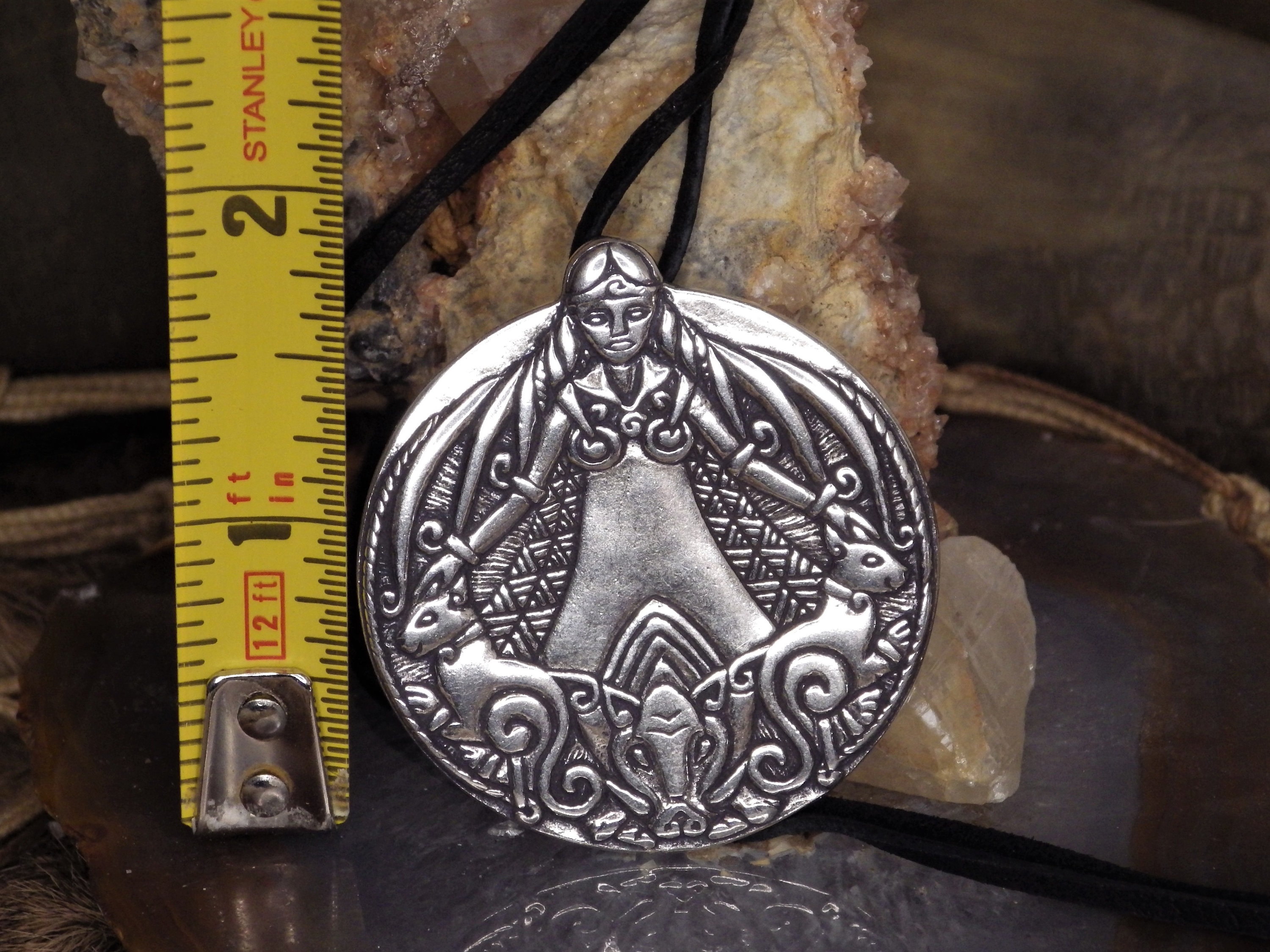 In Norse mythology, Freyja is a Goddess associated with love, beauty, fertility, sex, war, gold, and seiðr.
She owns the necklace Brísingamen, rides a chariot pulled by two cats, is accompanied by the boar Hildisvíni, and possesses a cloak of falcon feathers for shapeshifting. She takes half of the fallen warriors to Folkvangr and sends the others to Odin in Valhalla.

Freya is the archetype of the völva, a professional or semiprofessional practitioner of seidr, the most organized form of Norse magic. It was she who first brought this art to the gods, and, by extension, to humans as well. Given her expertise in controlling and manipulating the desires, health, and prosperity of others, she’s a being whose knowledge and power are almost without equal. Seidr is a form of pre-Christian Norse magic and shamanism that involved discerning the course of fate and working within its structure to bring about change, often by symbolically weaving new events into being. This power could potentially be put to any use imaginable, and examples that cover virtually the entire range of the human condition can be found in Old Norse literature.

This pendant is gorgeous and well-made, with lots of attention to detail. It will be a daily addition to whatever I'm wearing.