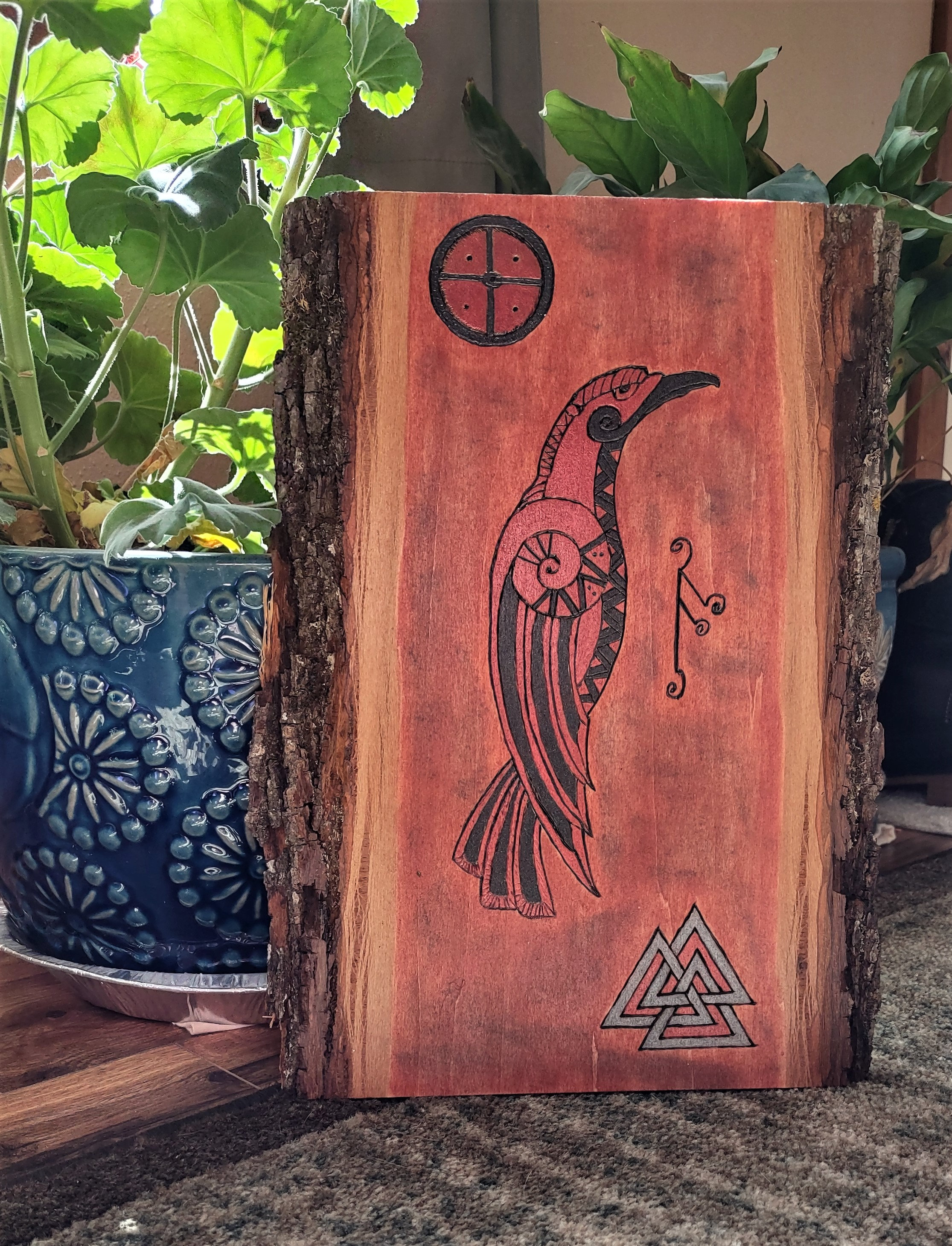 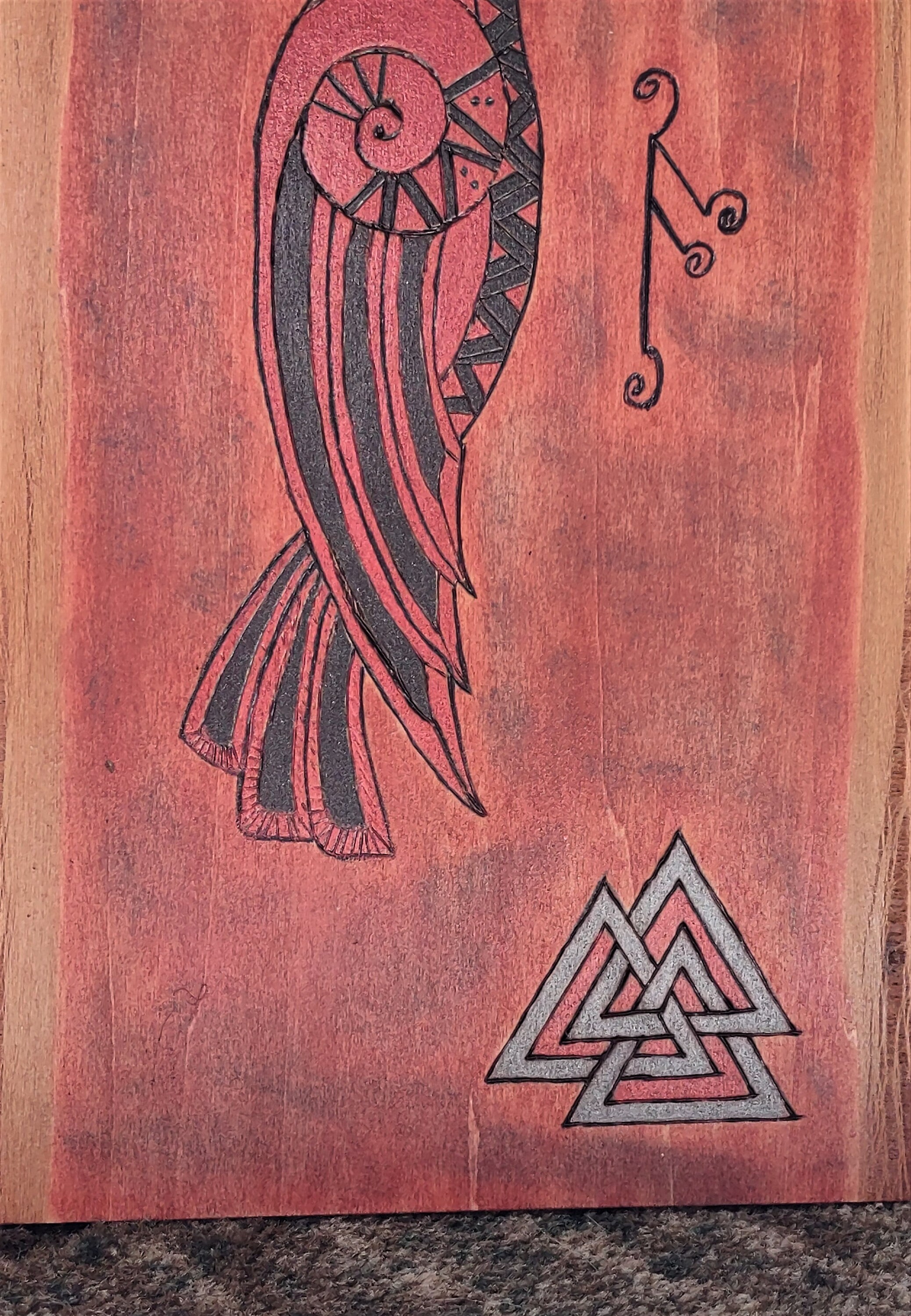 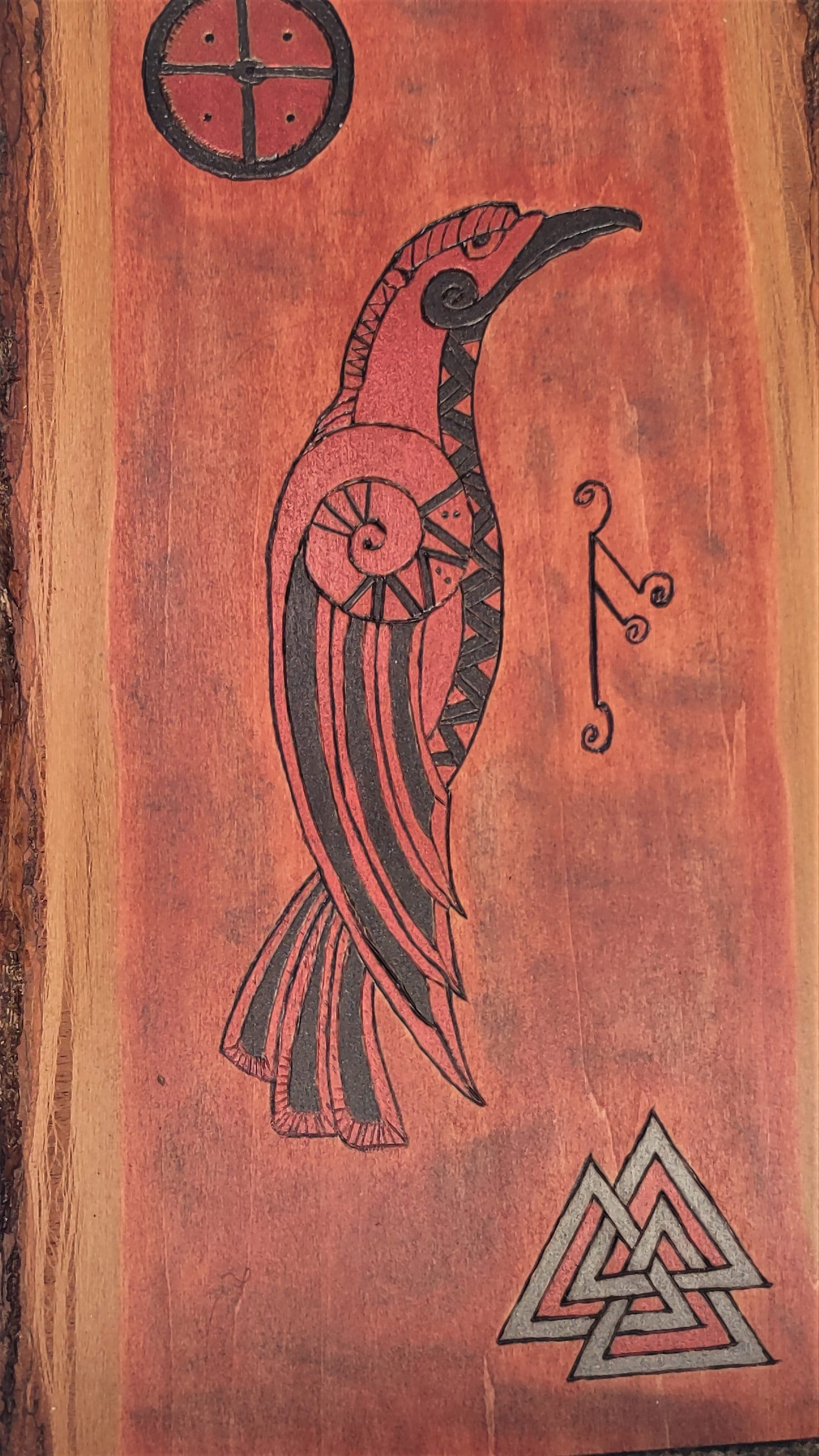 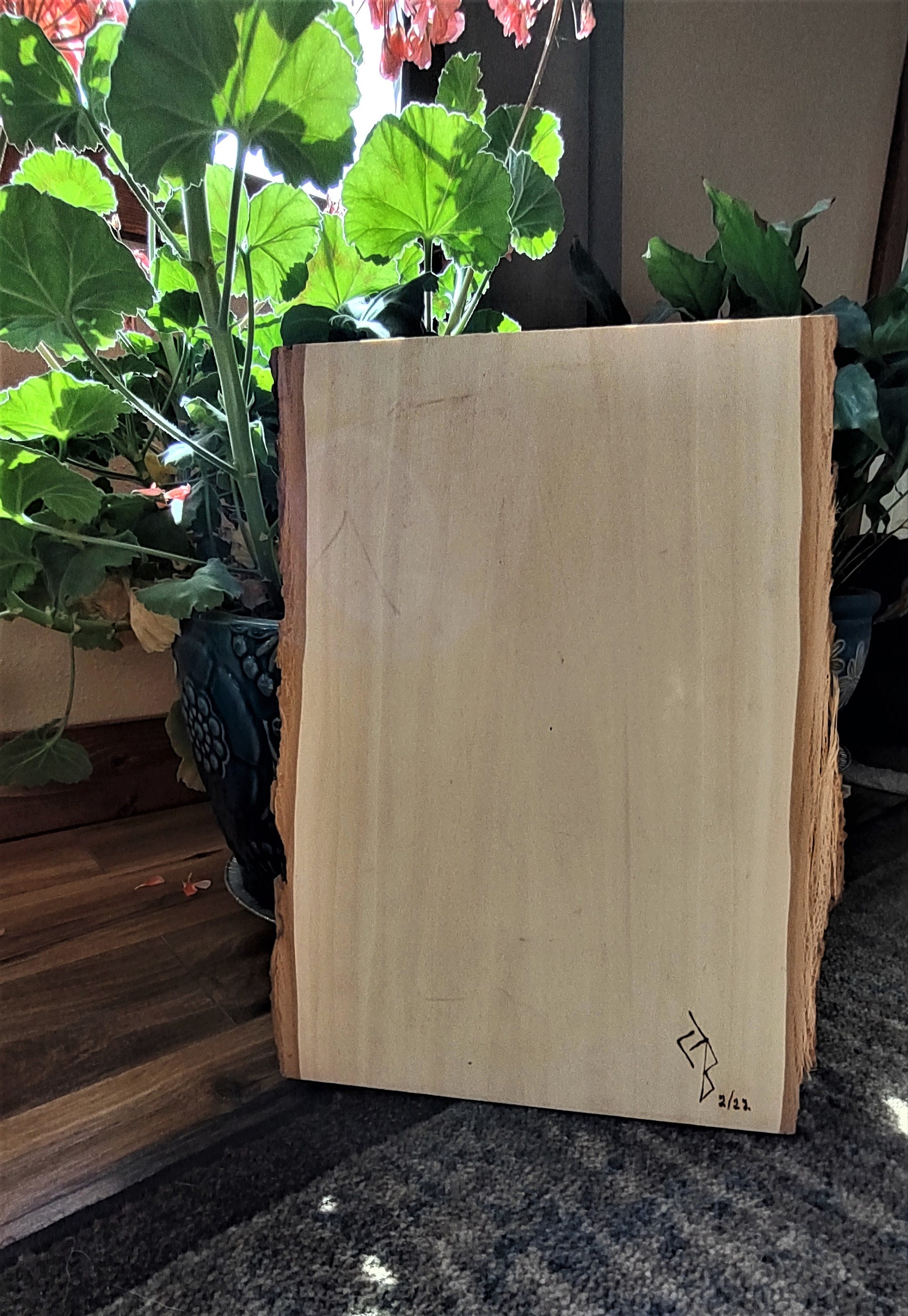 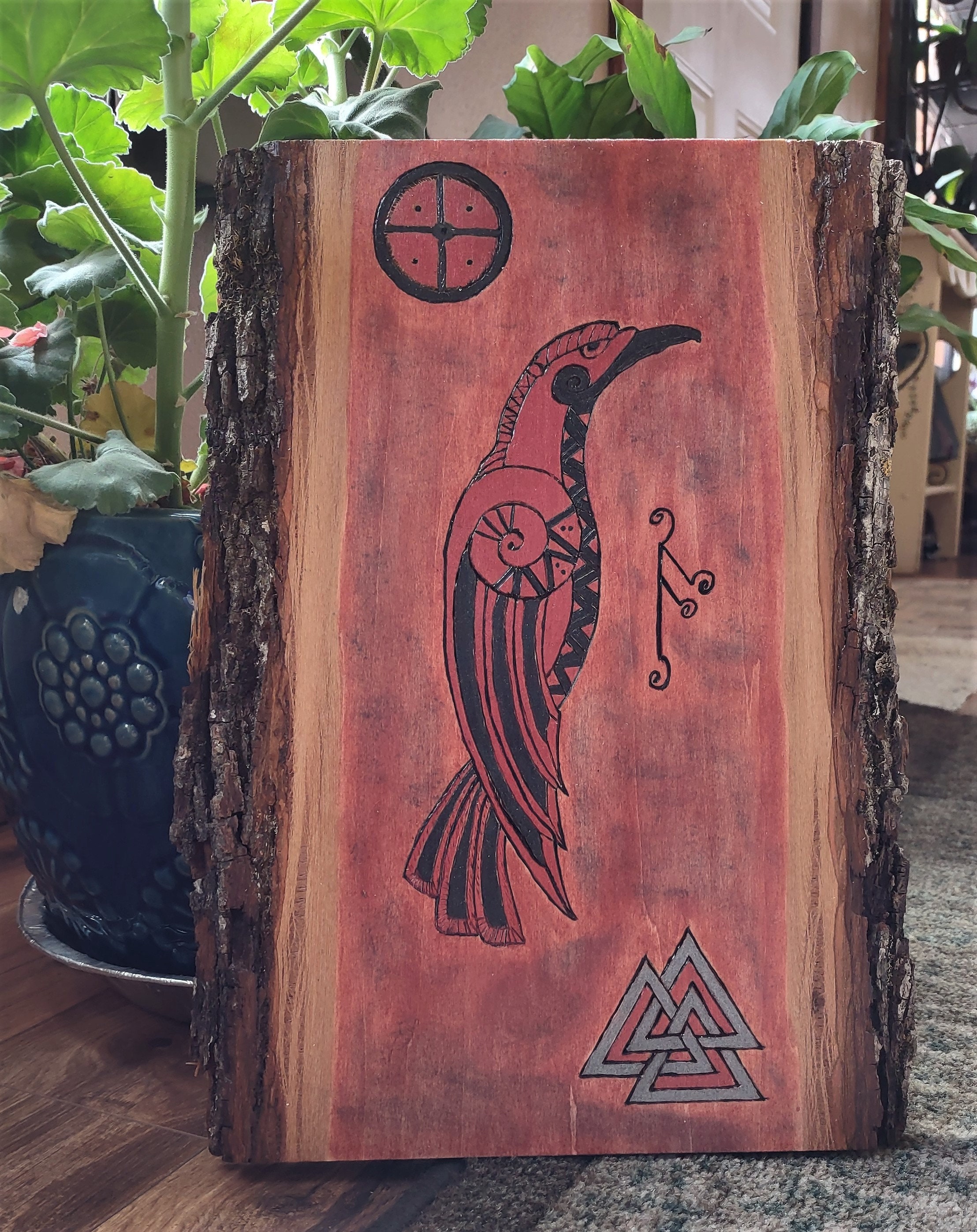 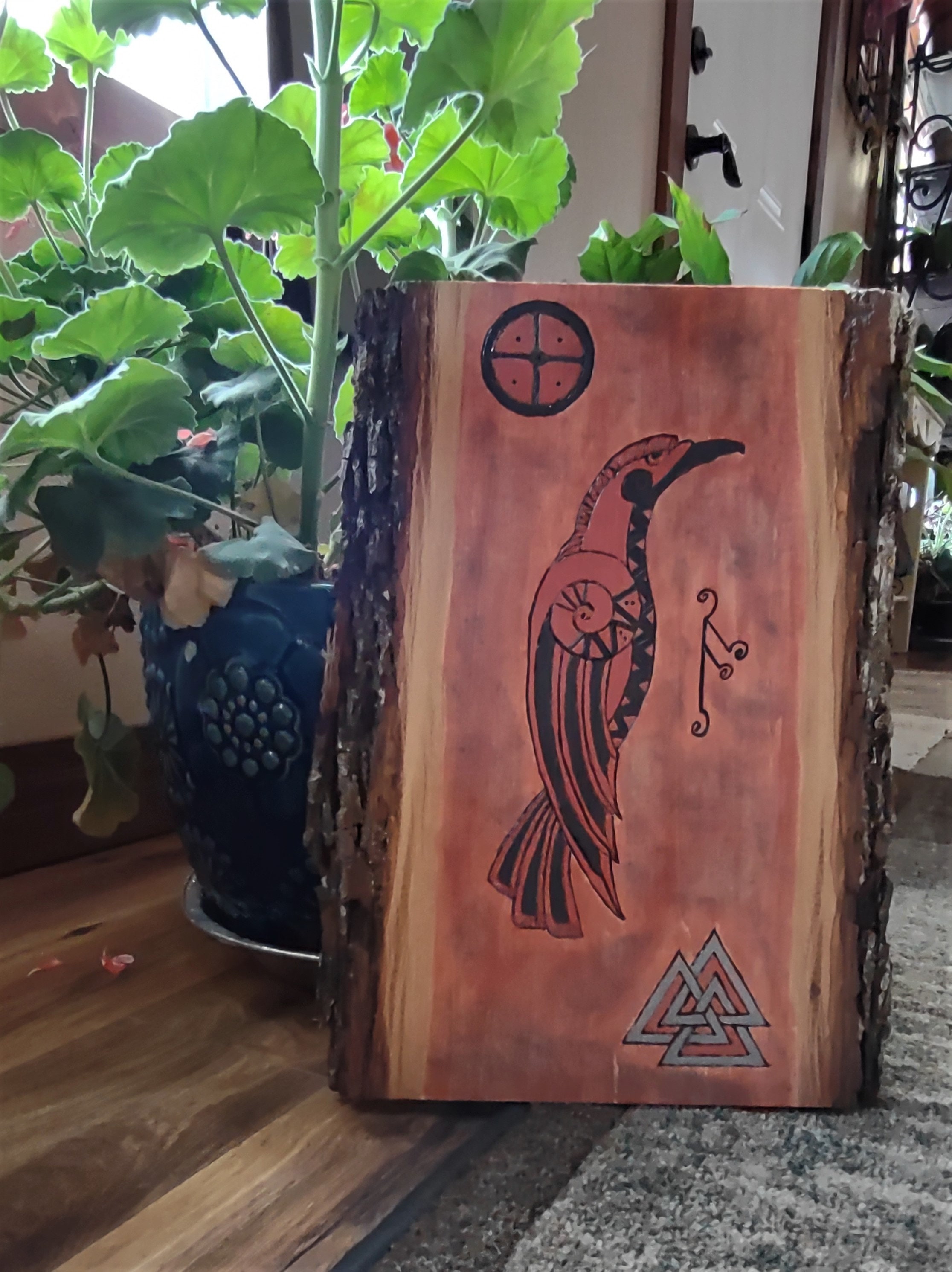 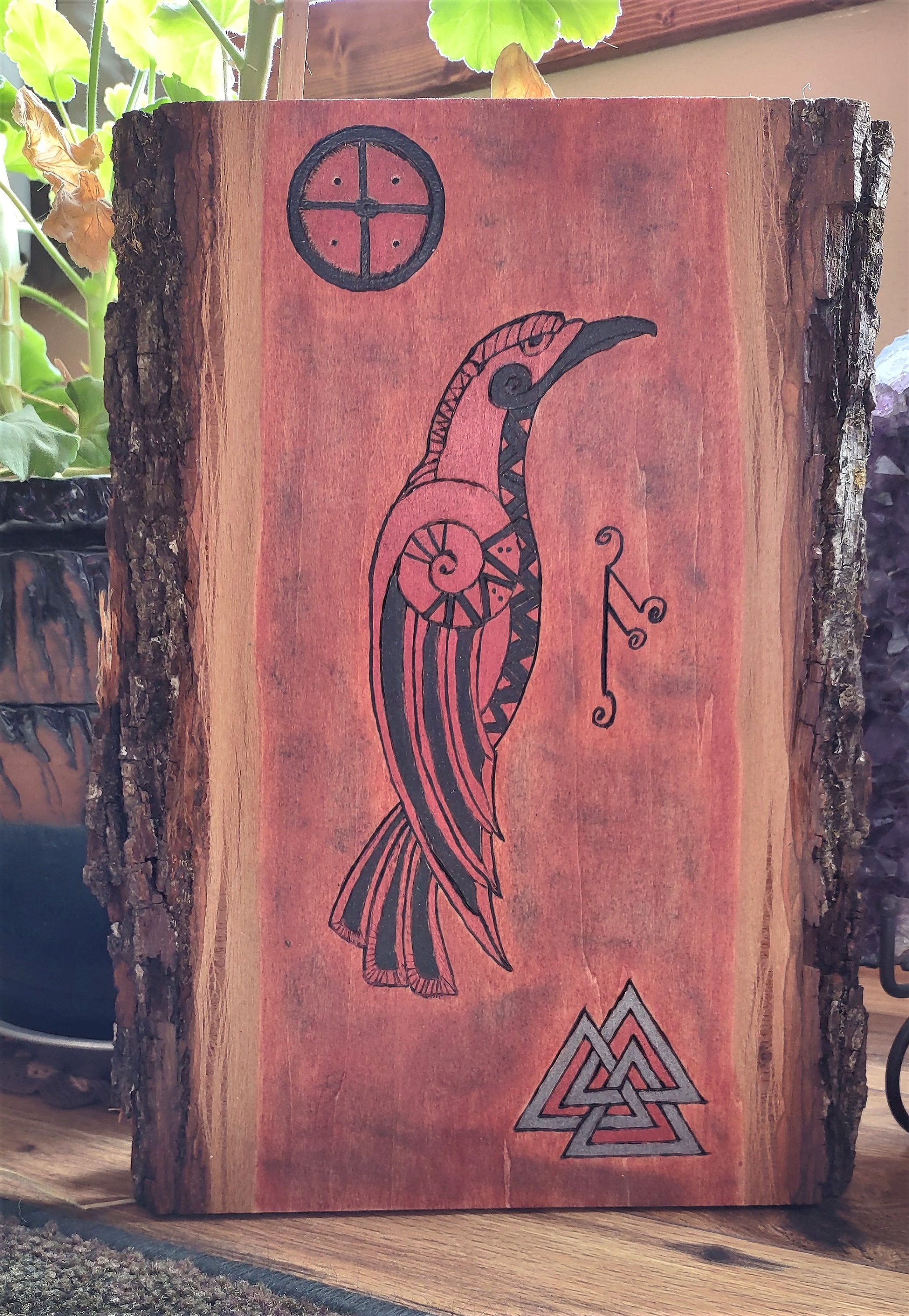 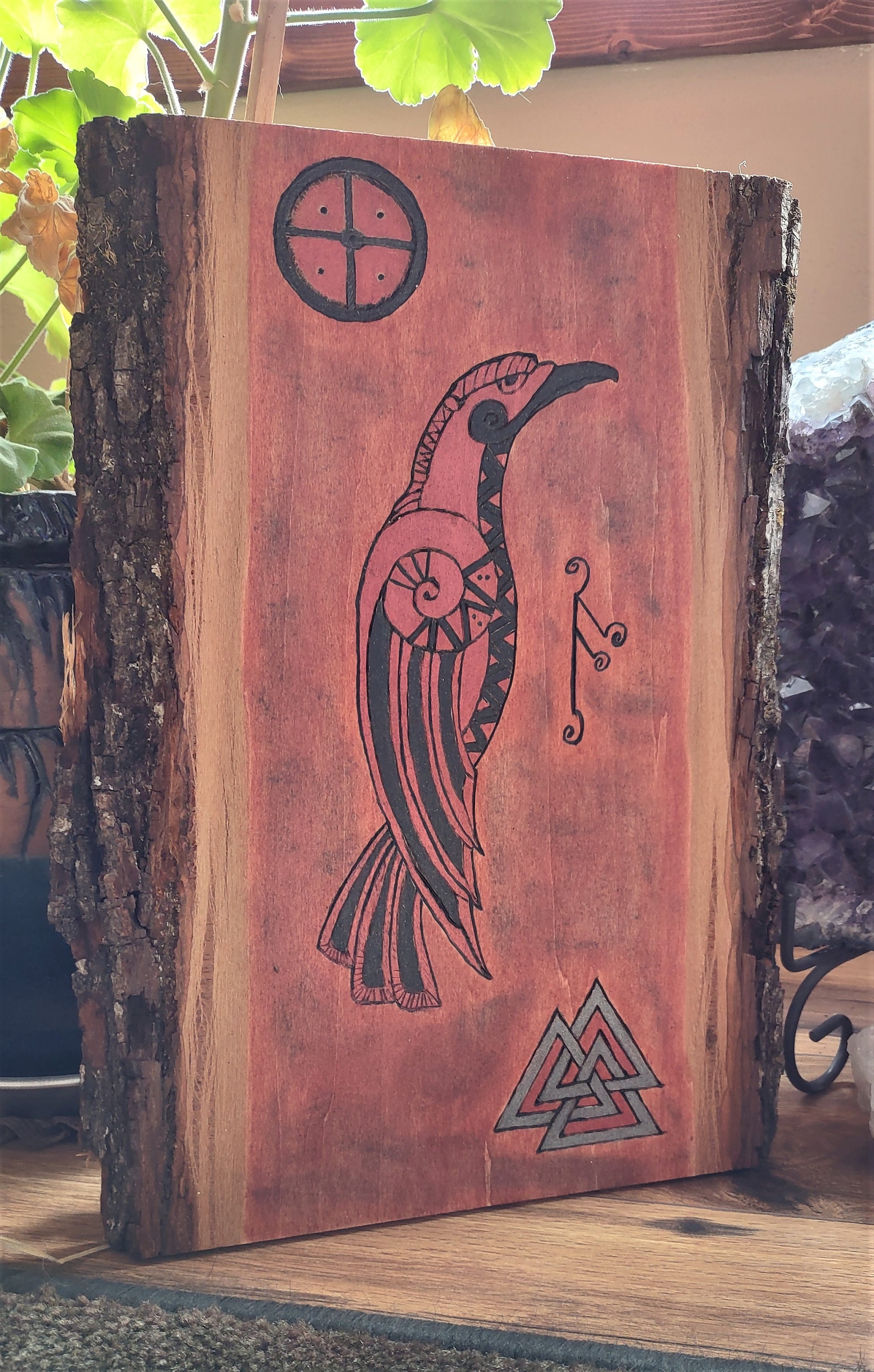 Raven, the companion of Odin, informs Odin of the events of the world whether warding or assailing is needed. It is said that ravens flying overhead portend victory in battle. Ravens around the home (as with mine) remind us that the Hrafnagud is always present.

The vulknut, the knot of those fallen in battle has generally been found alongside depictions or symbols of Odin, leading us to believe that those who fought and died would become einherjar. A powerful symbol of those dedicated to fight and even die.

The turning of the sun wheel reminds of of strength, prosperity, harvest and rest but there was also a season when kings went to war. The turning of the wheel also reminds us that seasons change, peace leaves us and strife ensues. Everything changes and when it does we must be prepared.

Ansuz, the rune of Odin, gives inspiration, wise council, information and direction. When Ansuz appears the gods are watching and offering wise council. It is important to listen!

When these elements come together it is a call to be watchful, to listen, to prepare and be willing to act as called by the gods. There is a time for creativity, expansion and inspiration. There is also a time for the warrior. And all are called to this task when needed.