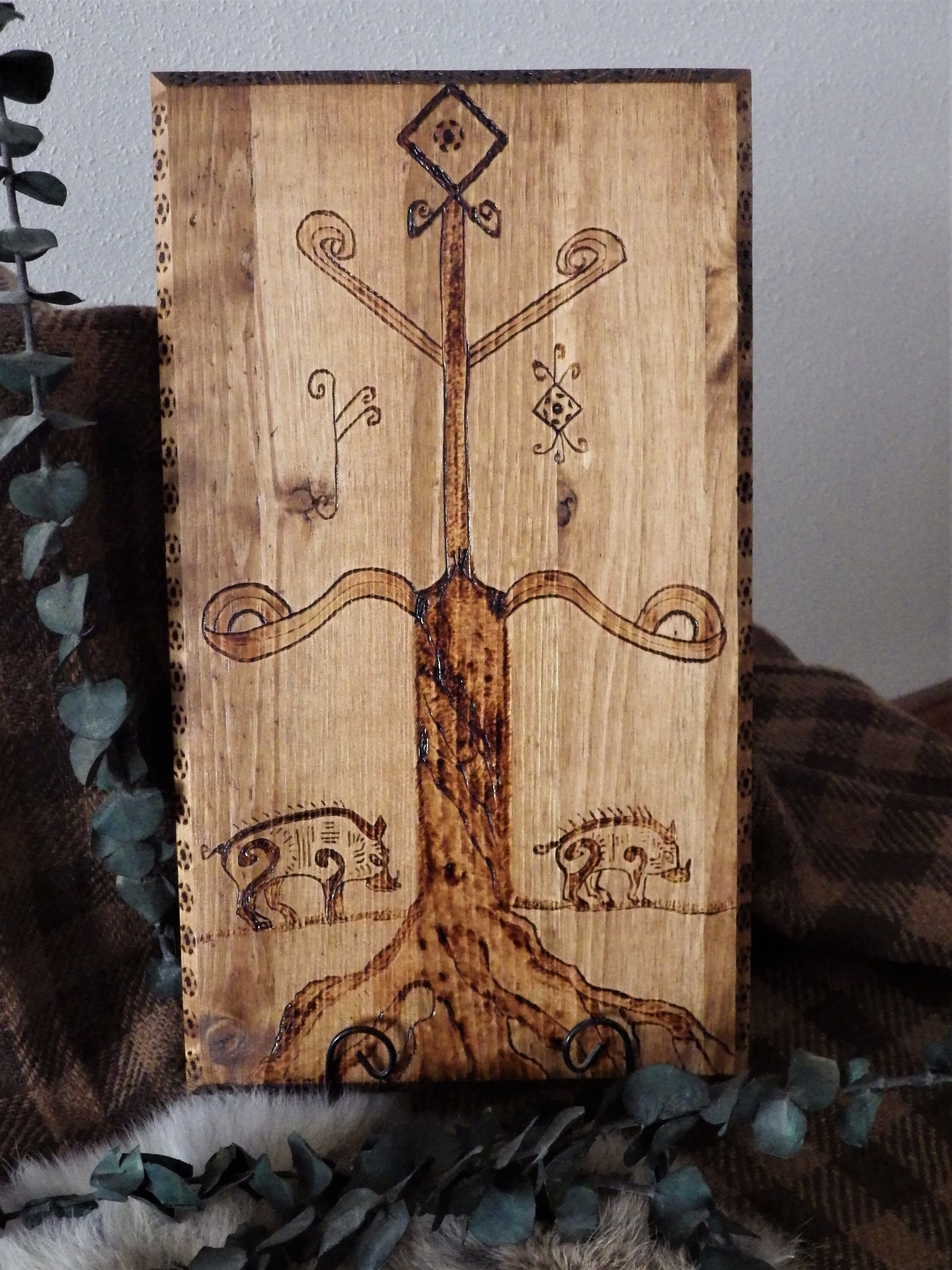 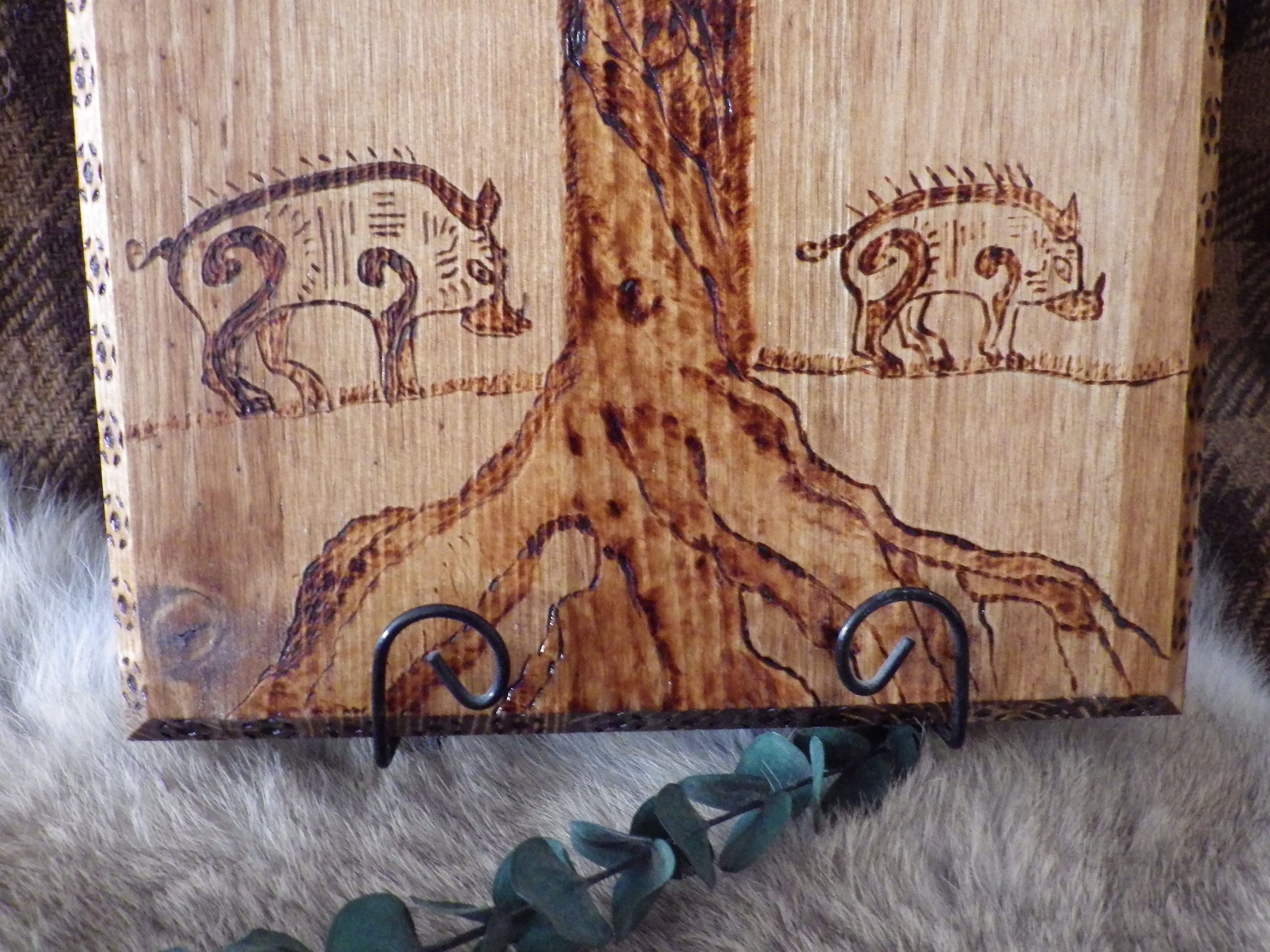 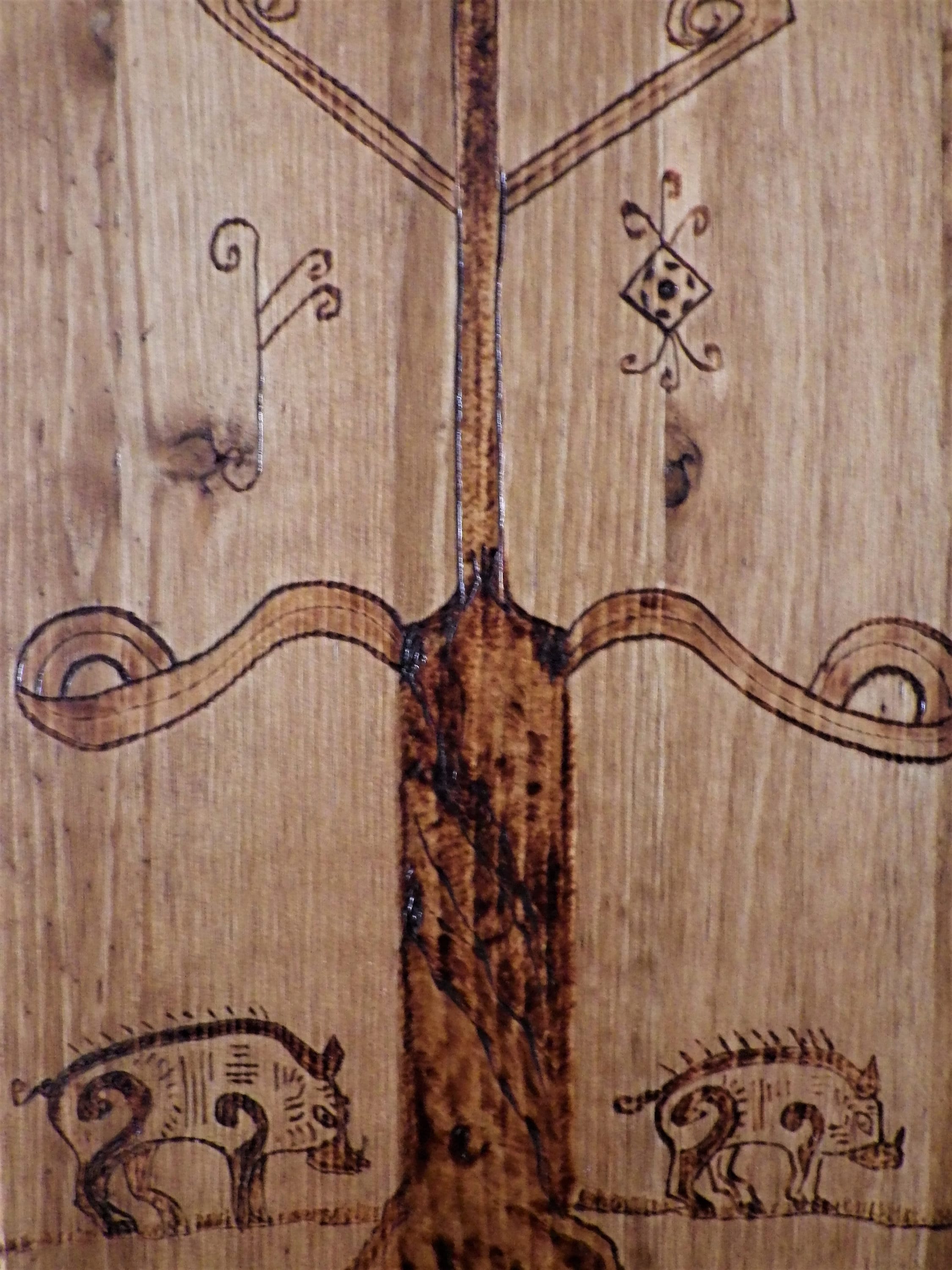 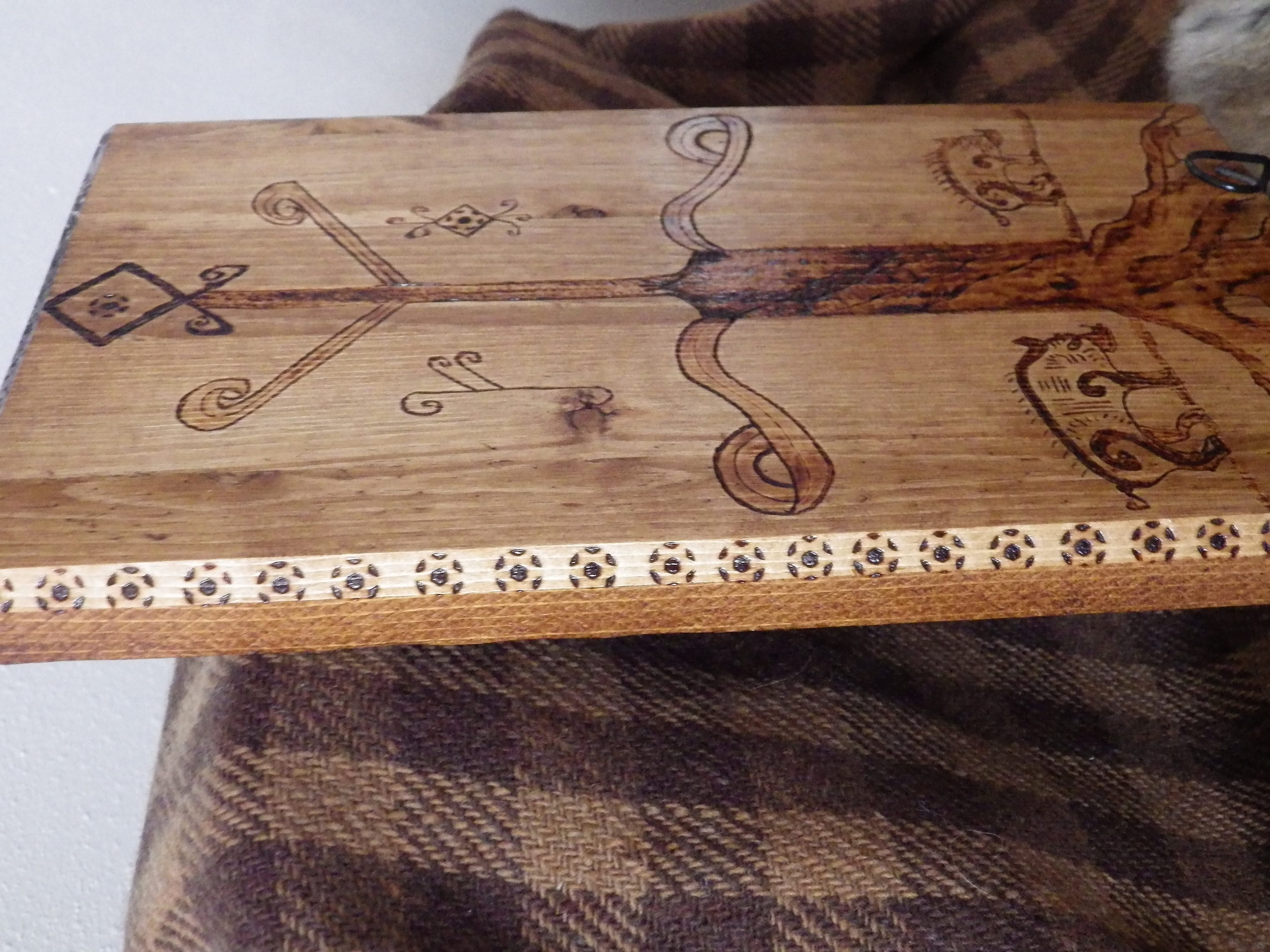 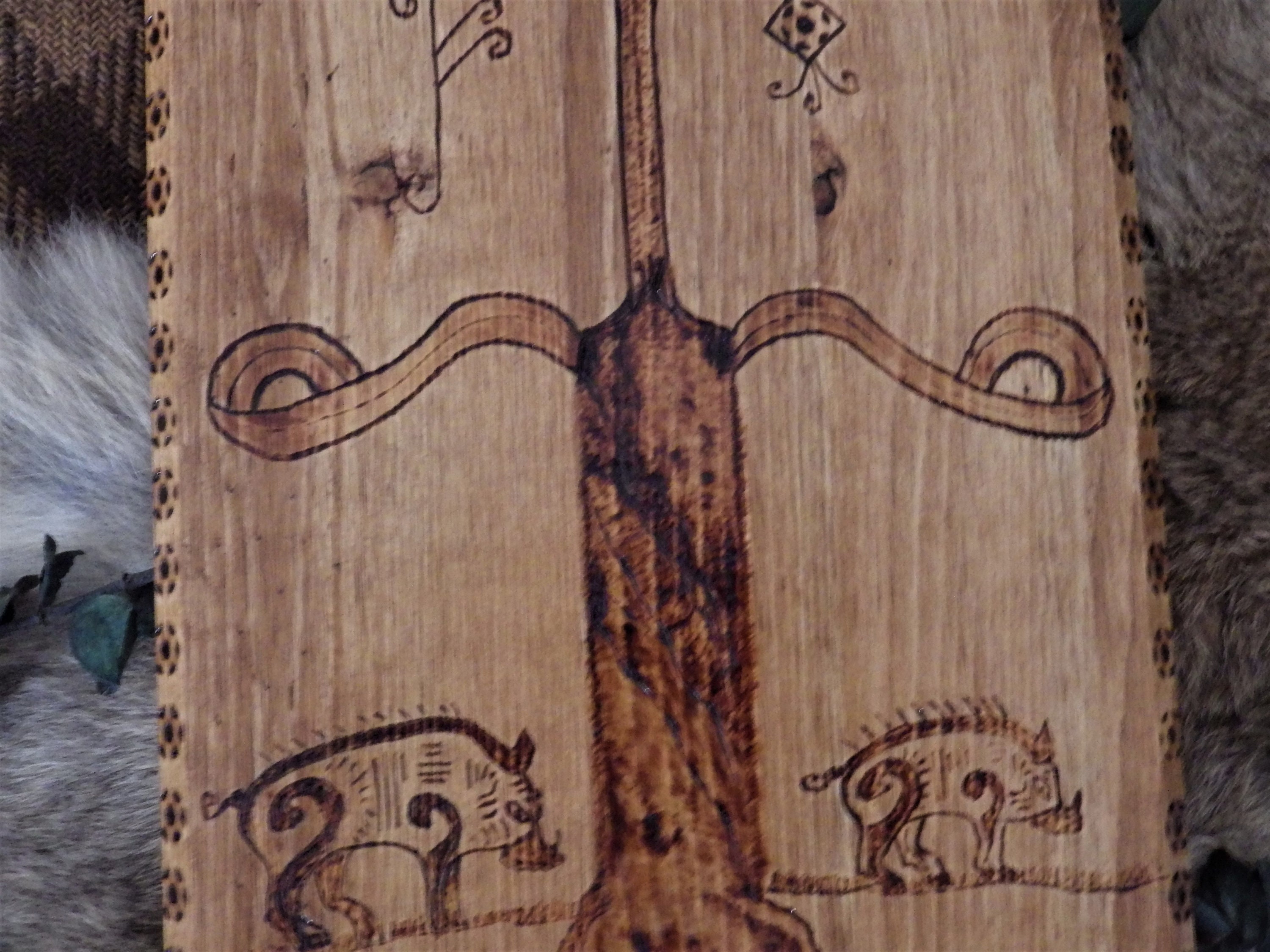 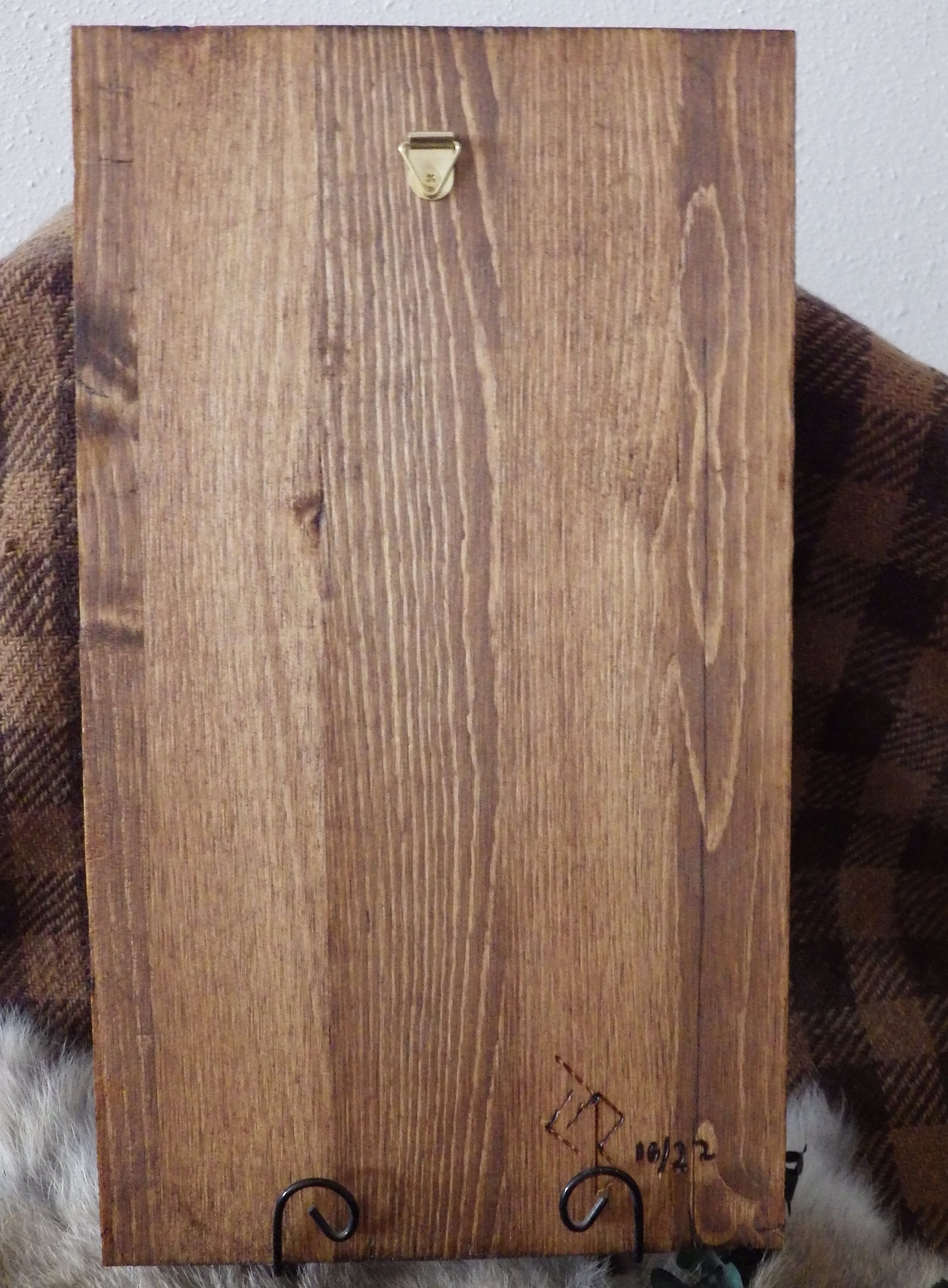 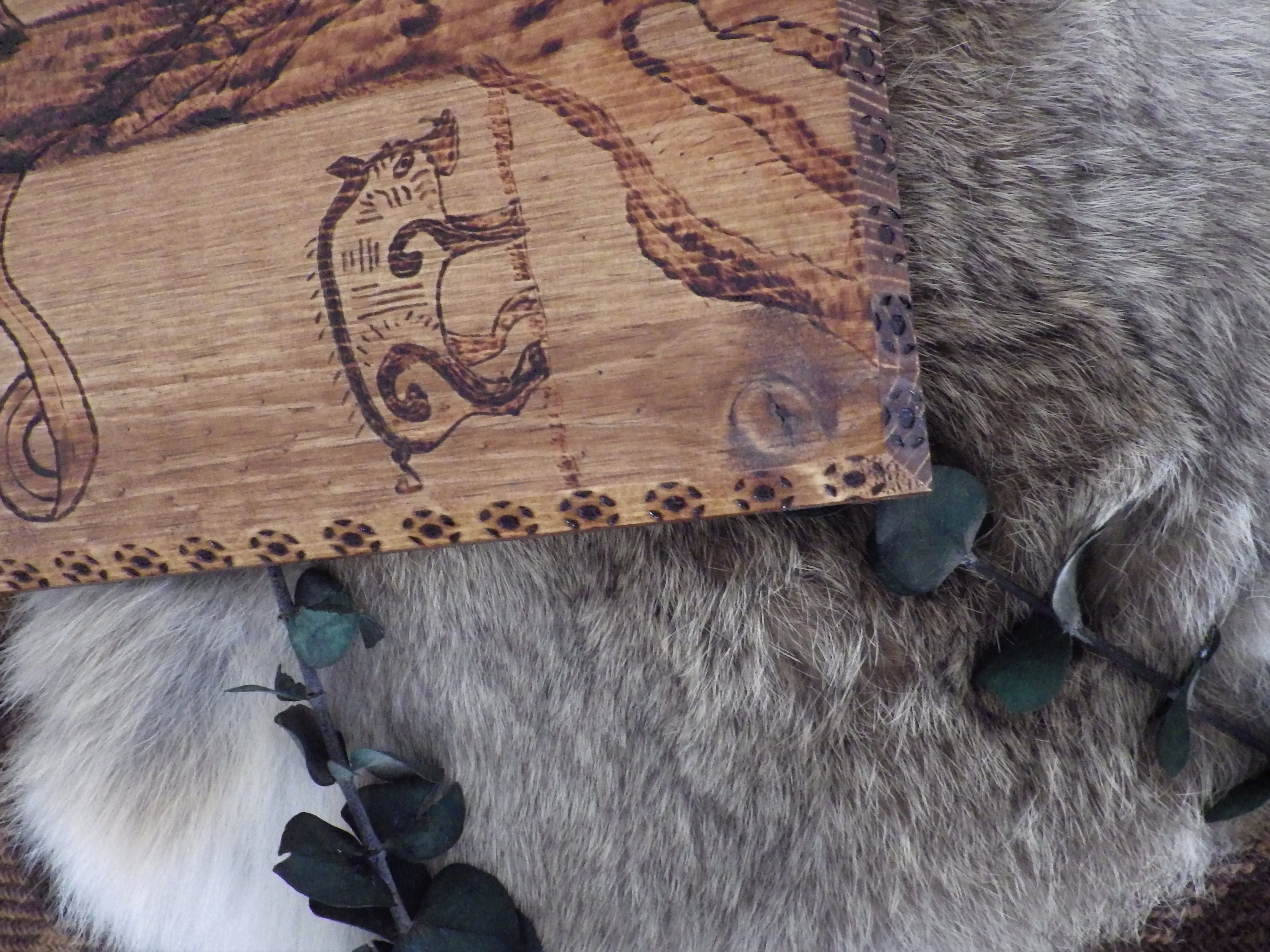 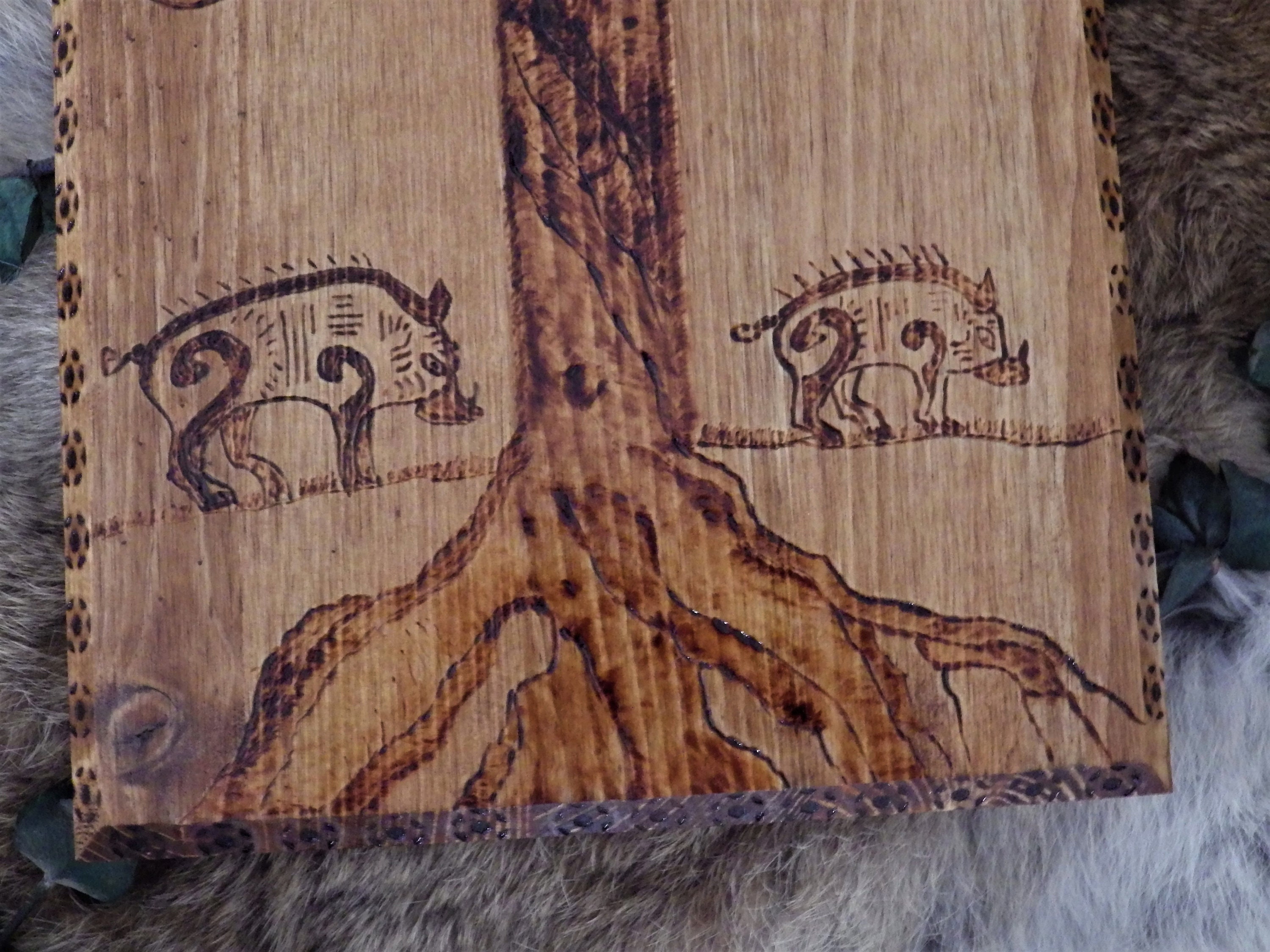 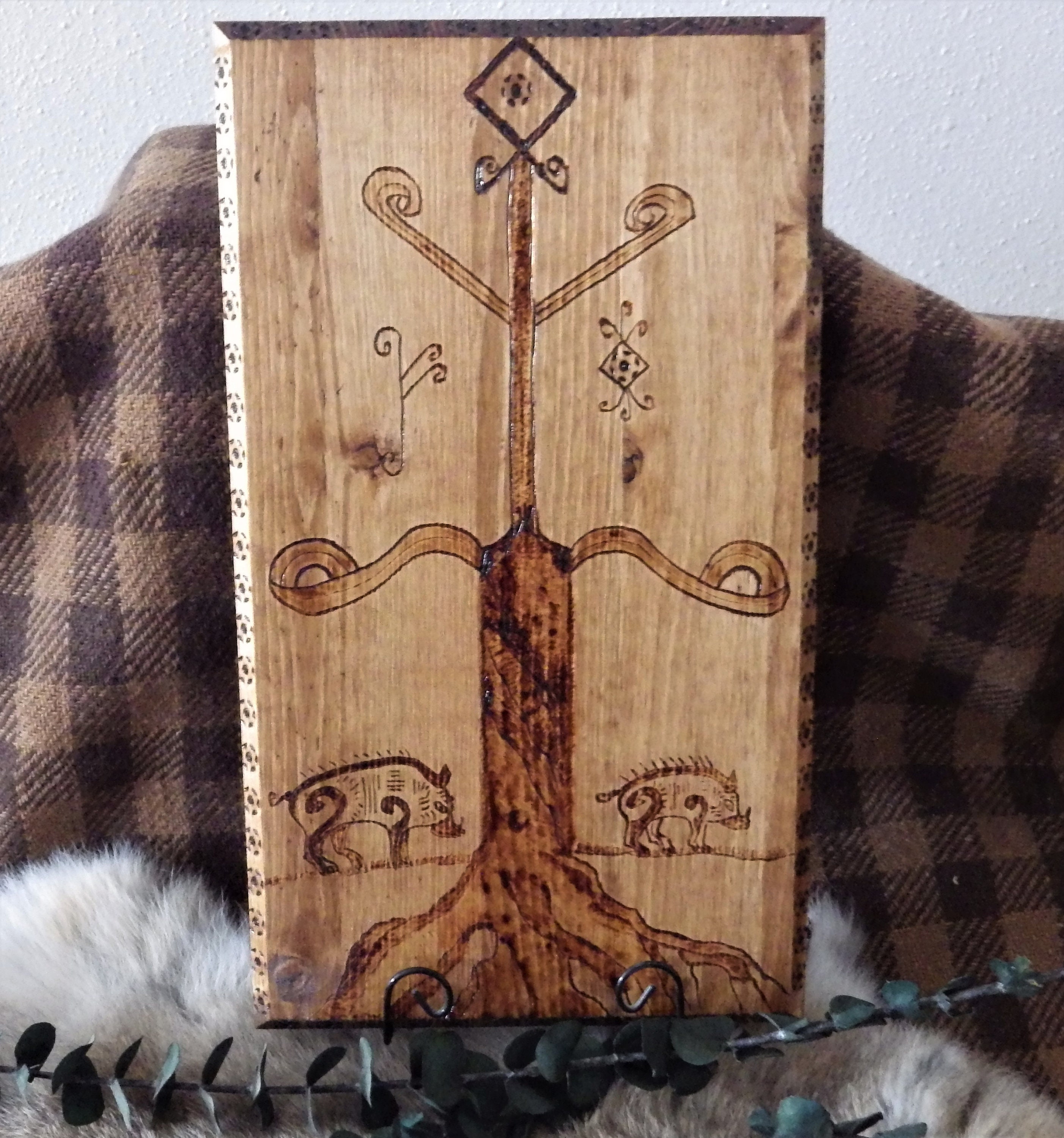 The Pillar - Tribe, Kin and Folk

This symbolic pyrography piece is made from pine and created with pyrography. There is a metal wall hanger on the back. Pine plaque, hand rubbed with Tung oil. There is only one!

The basis of northern European spirituality is the Sacred Tree, Yggdrasil. It's roots are fed with the wisdom of our ancestors and the gods which rises through the trunk and holds the nine worlds with Midgard (earth) at the center. The Irminsul was seen as a representation of yggdrasil and also the strong pillar which was central to the followers of Fro Ing which some call Tyr and some call Freyr.

Yggdrasil is the beginning of all things and who still holds the sacred secrets of life in this multiverse. The strong pillar that comes from Yggdrasil is Irminsul which represents the central focus of the tribe and that which holds them together. The law of right according to natural law. Strong labor grants good harvest. Honoring the land, the gods and the ancestors for all they traveled, built and sacrificed for us. Recognizing the sacredness in the land and animals and the wheel of sowing, harvest and rest, which brings good harvest. Freyr brings us the land, fertility, storms and rain for crops. He is a craftsman and surrounds himself with those practiced in their craft. He is the character from which Kings set their mark. Peace and abundance. Freya brings us fertility as well, and she brings magic, seeing, dreaming and the ability to hear and immerse herself in the land and animals. Both are skilled warriors and both hold the boundaries of the sacred enclosure, the wall around the tru. All the gods stand with them in creating the innanguard of the tribes of the folk and kin.