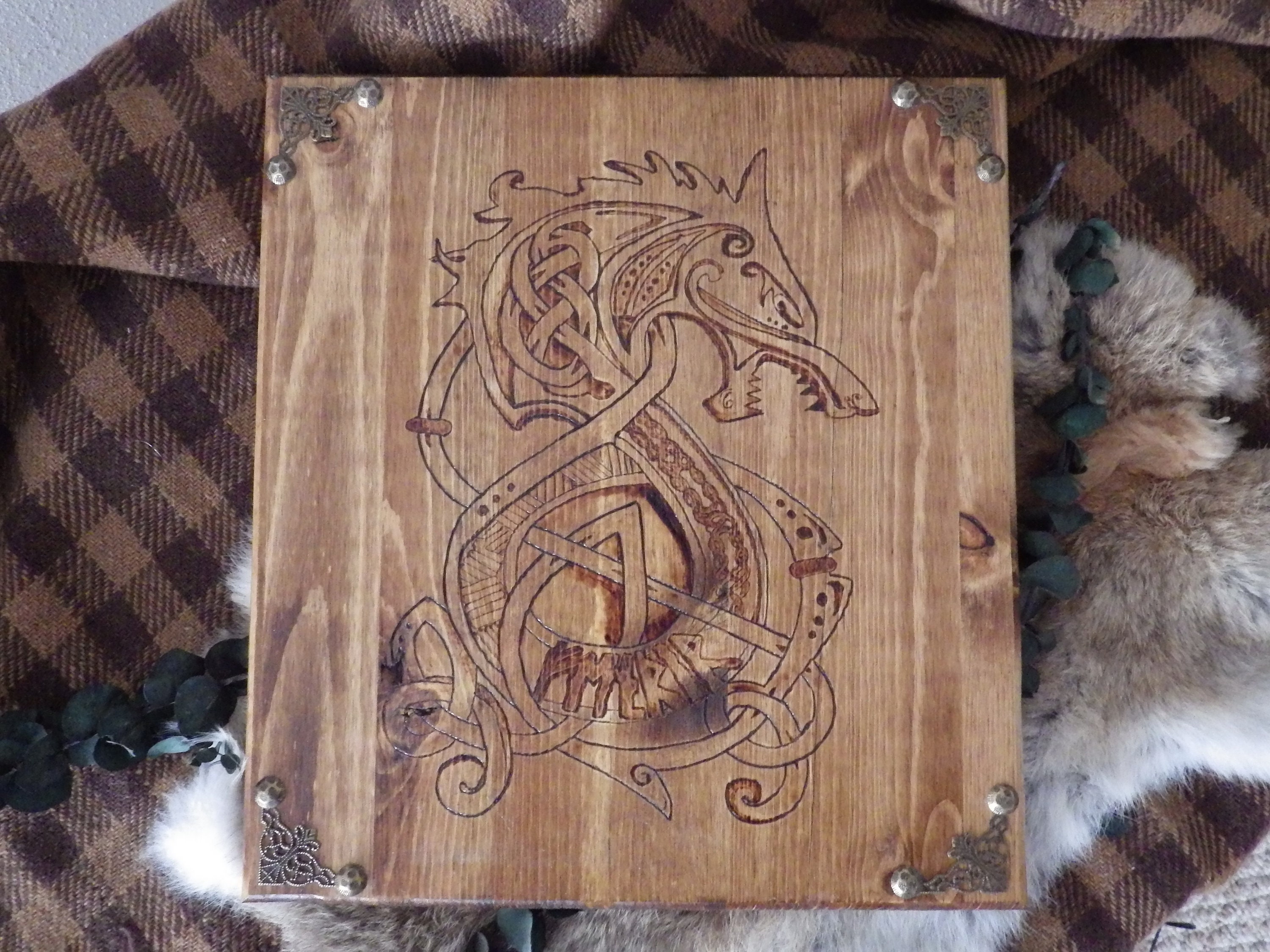 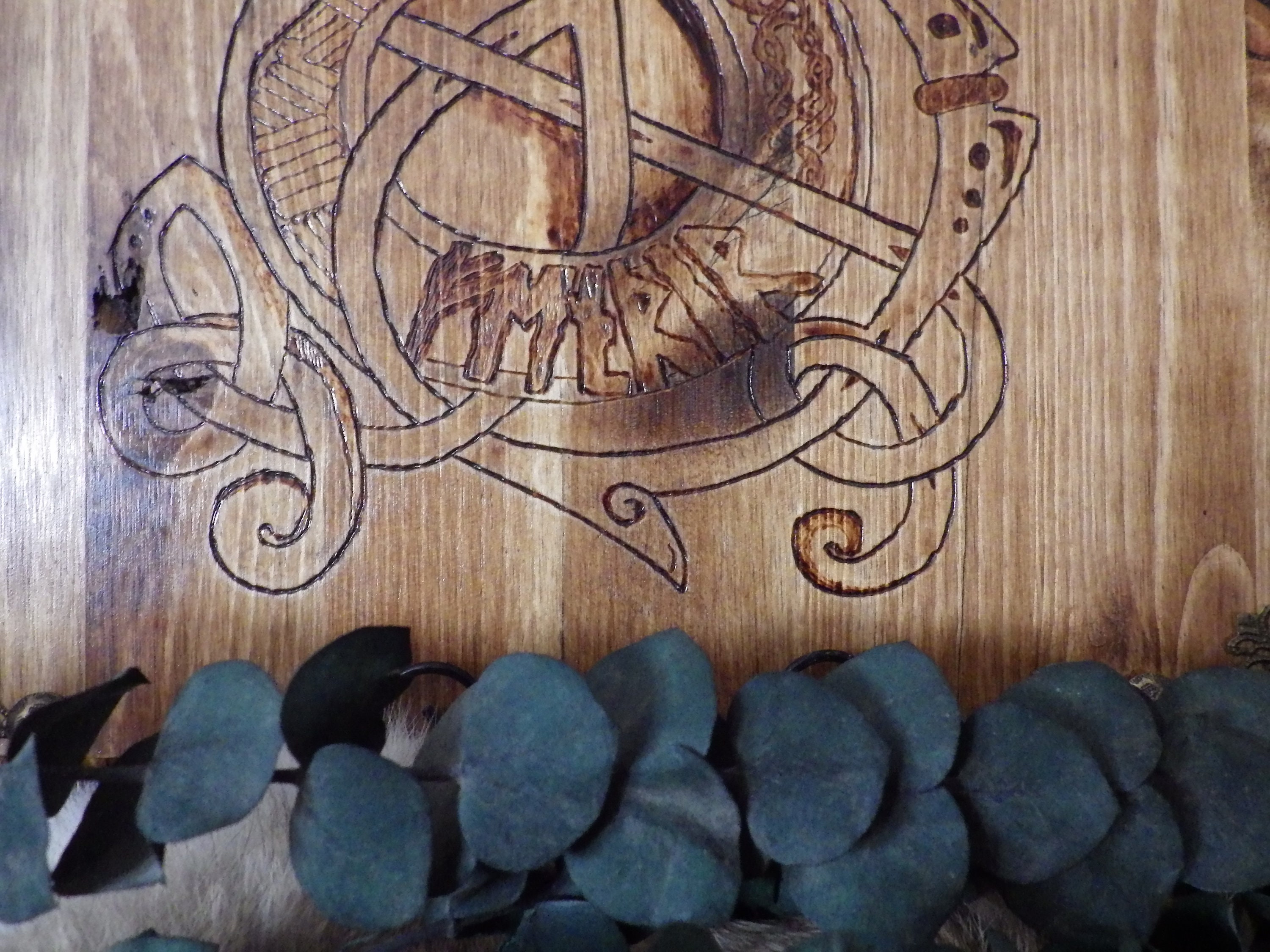 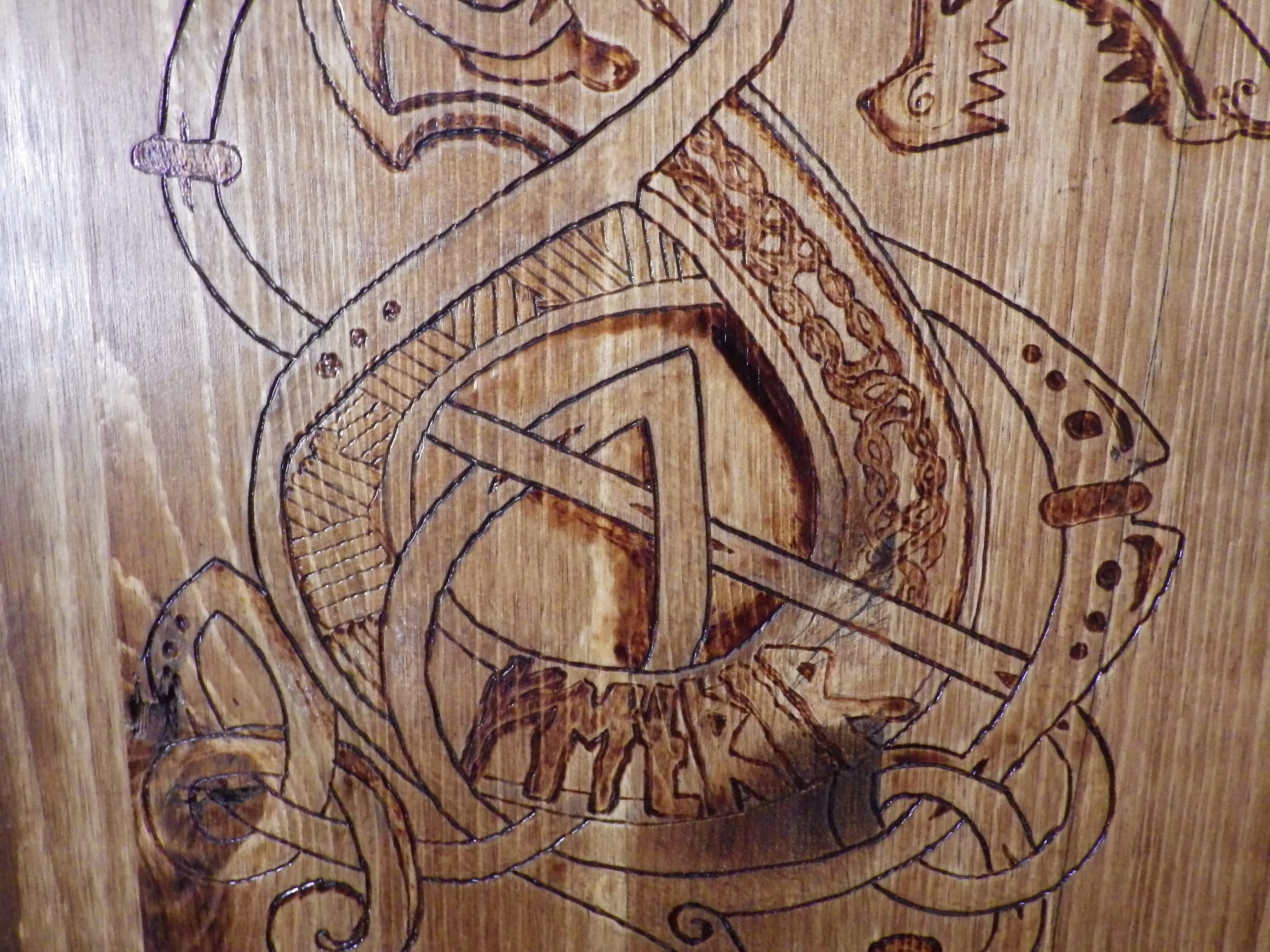 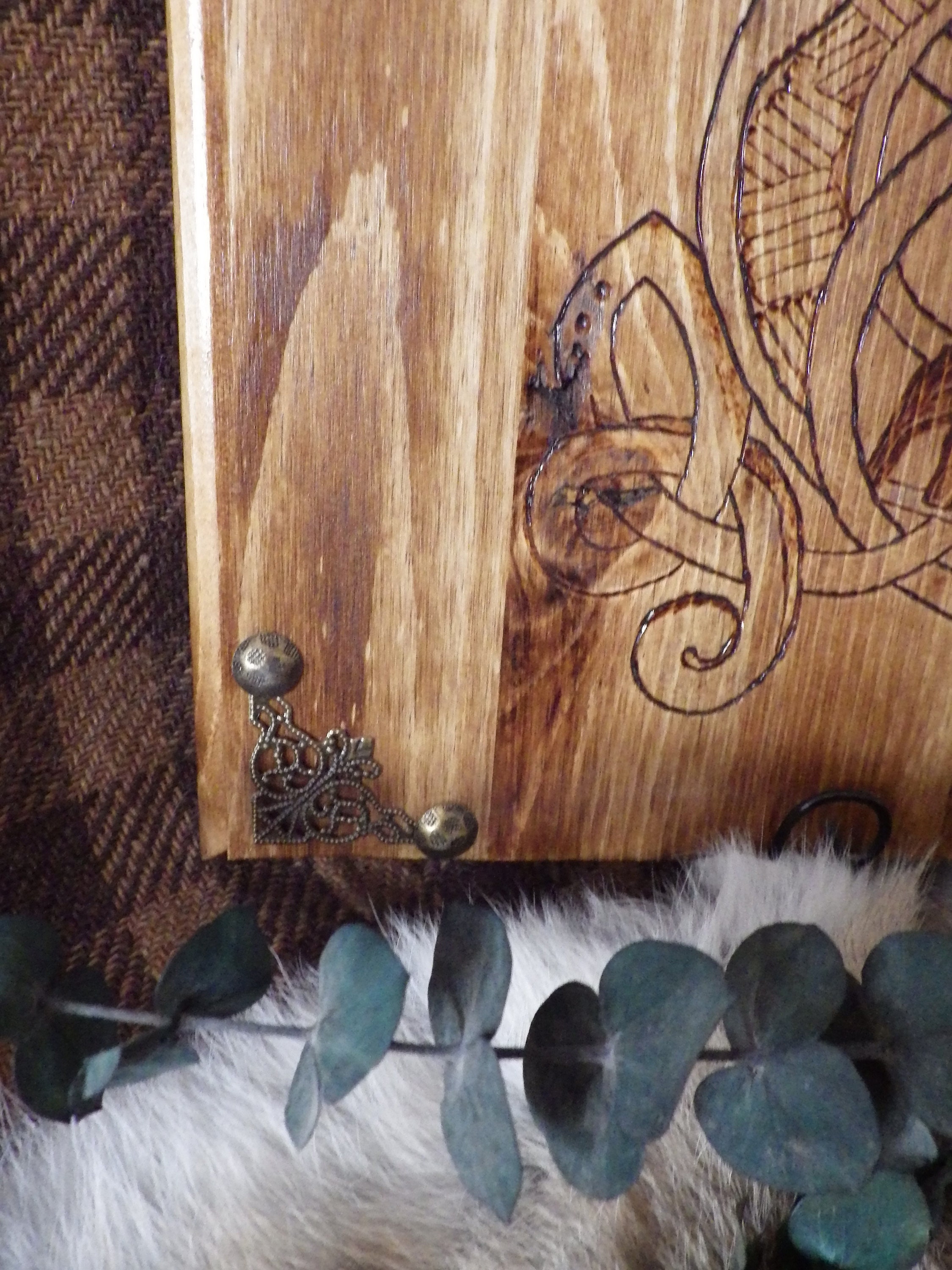 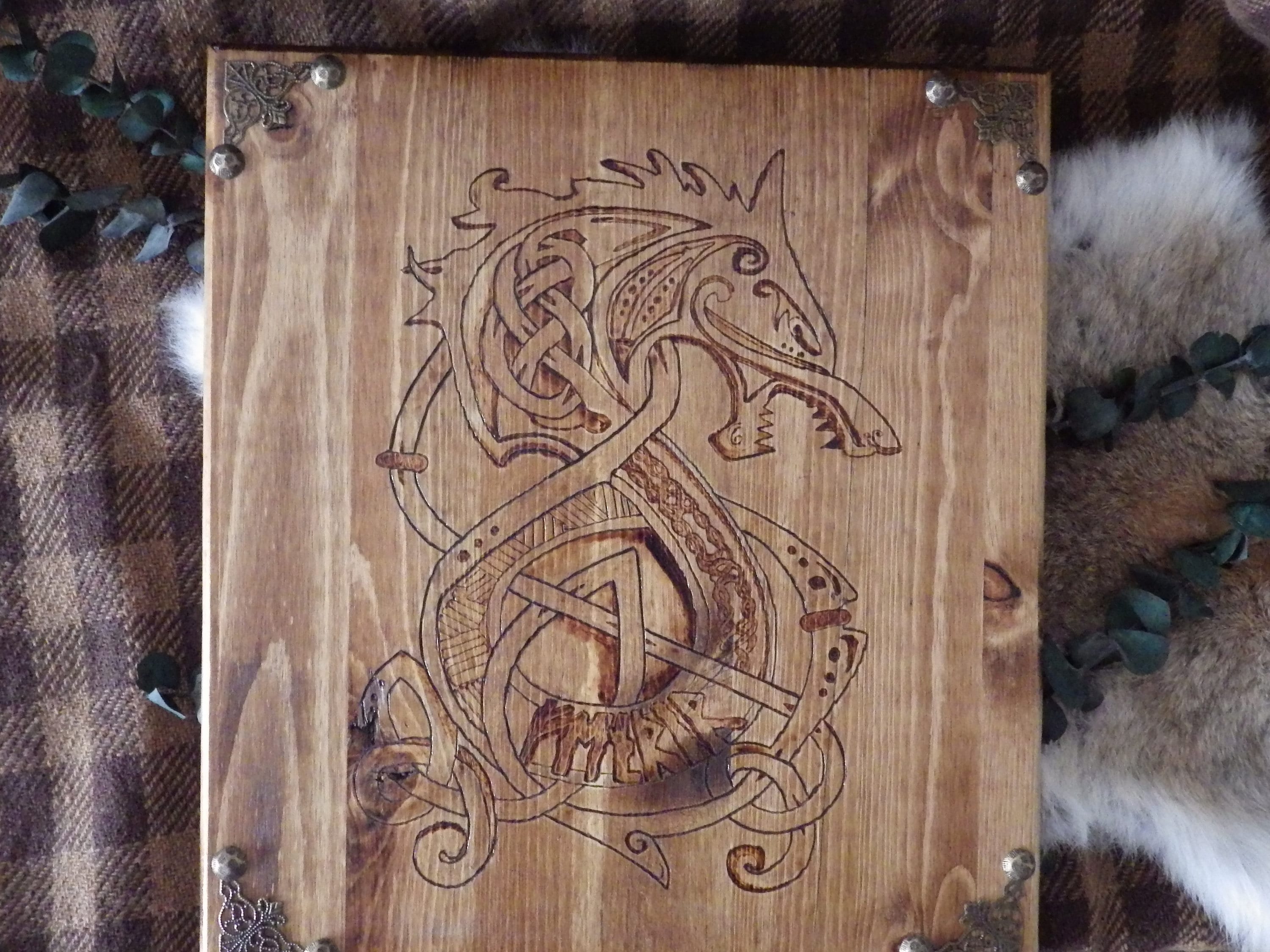 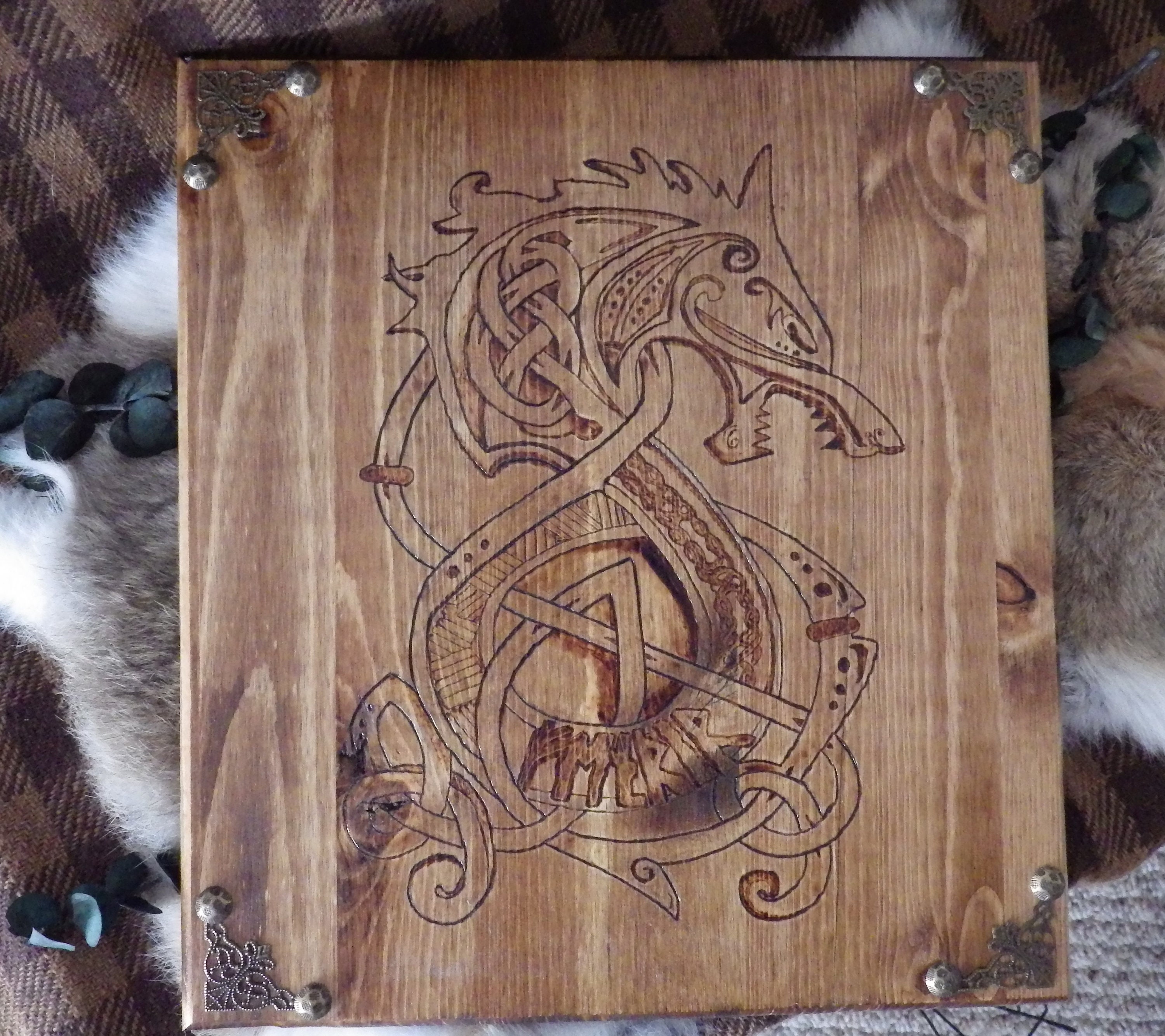 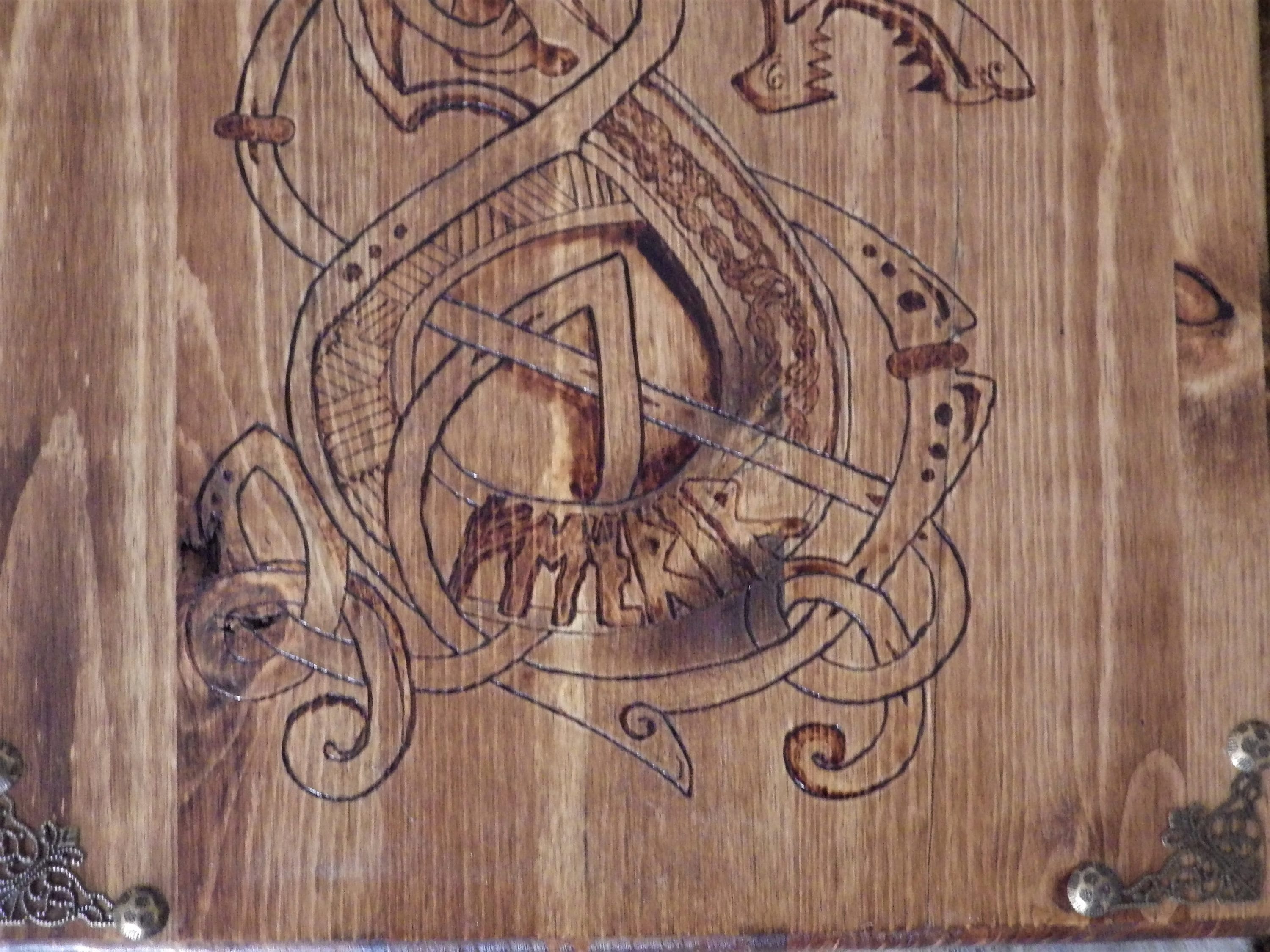 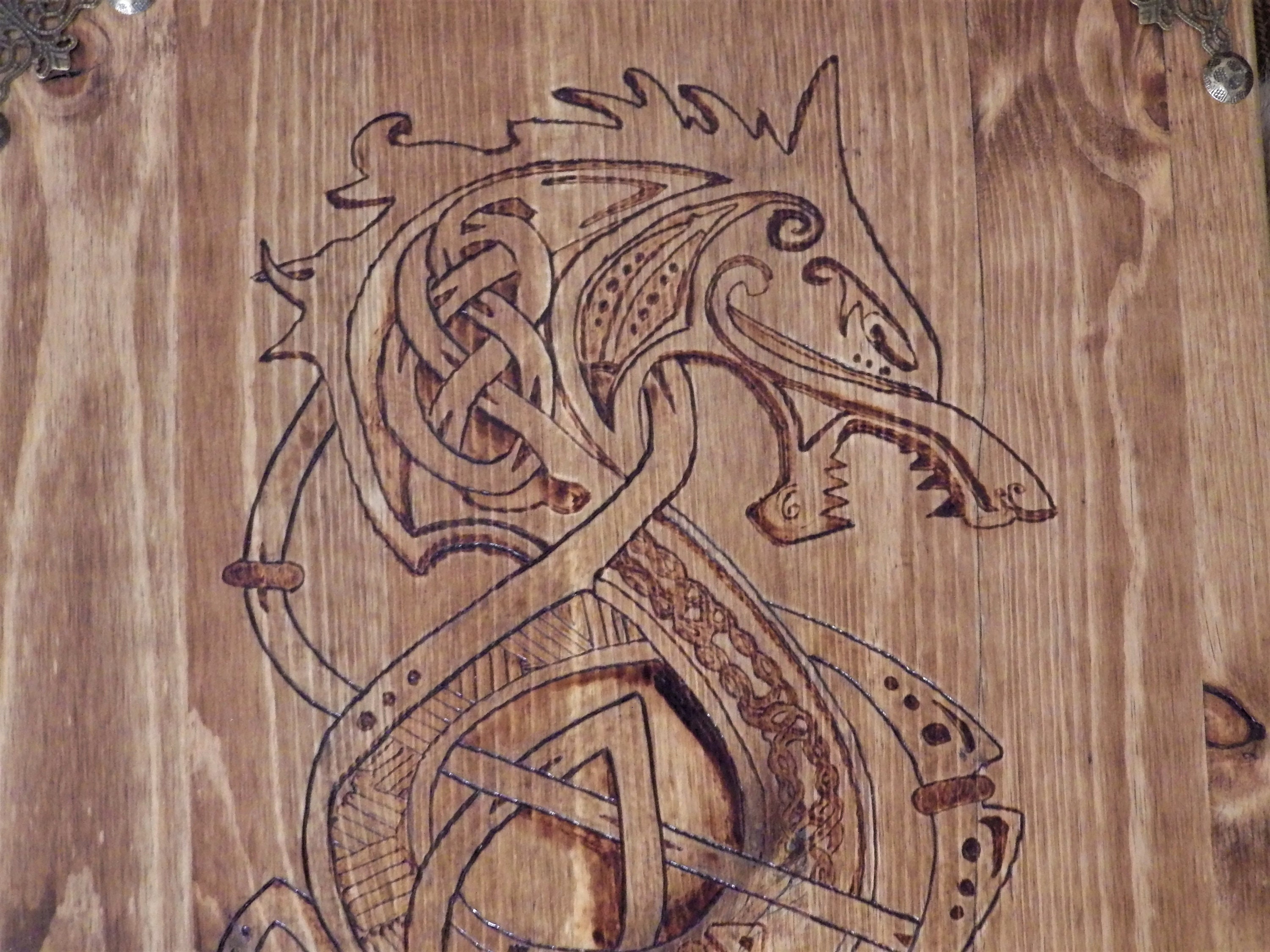 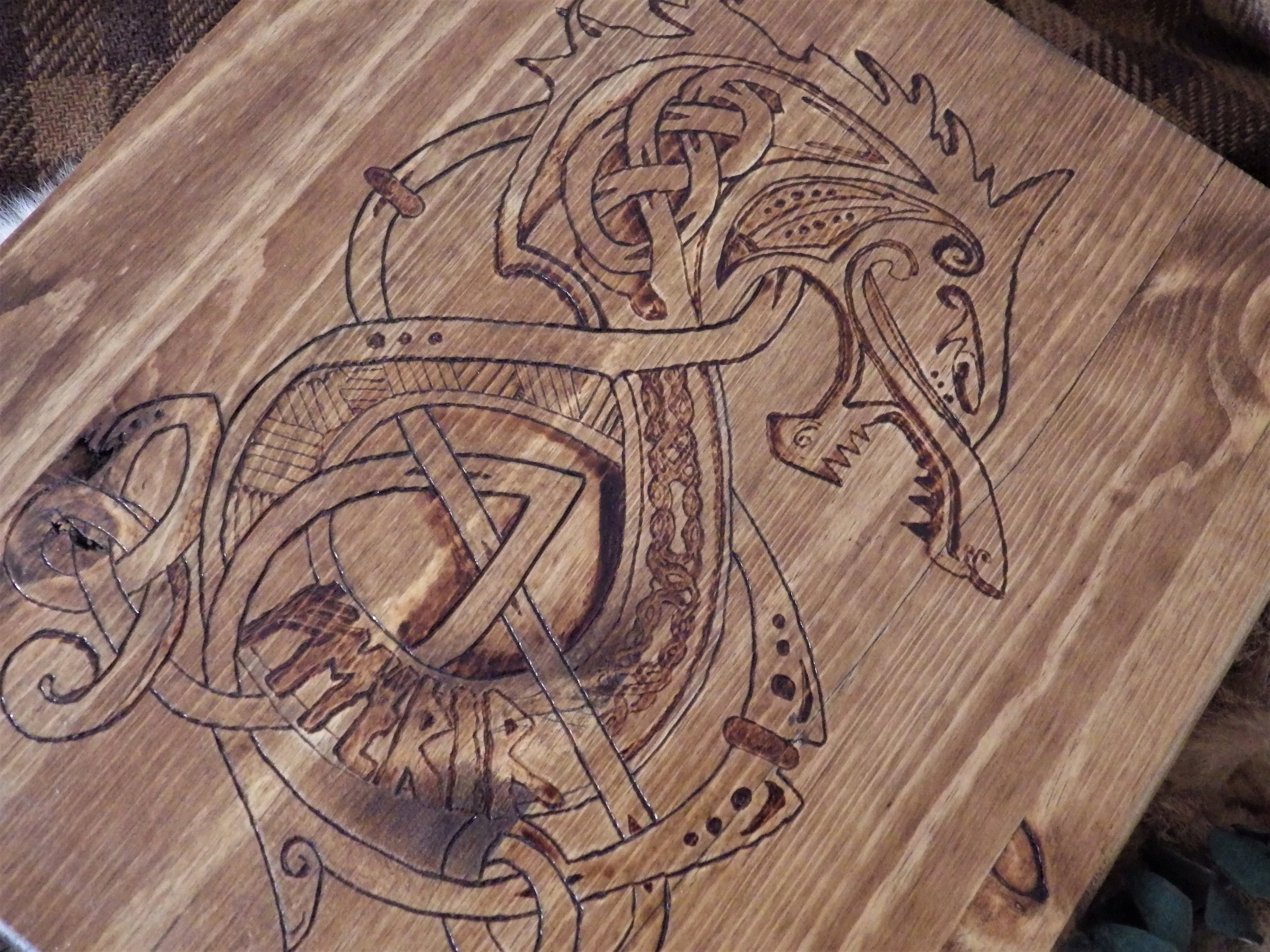 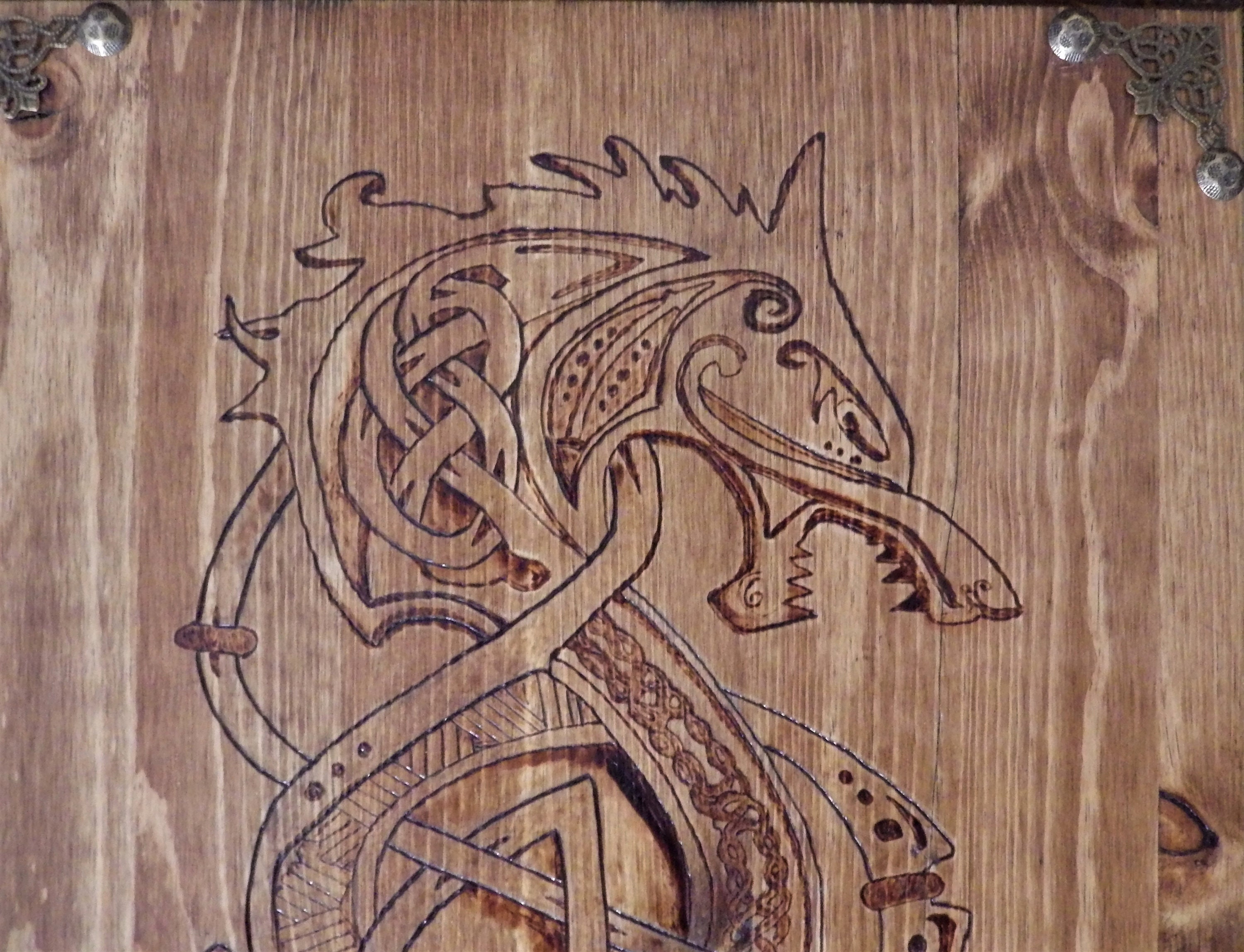 FENRIR for Wall or Altar -

Original handcrafted design in pyrography. Hand rubbed with tung oil for long lasting beauty. There is only one!

FENRIR - (he who dwells in the marshes) is depicted on numerous surviving runestones, not to mention his ubiquity in Old Norse literary sources. He’s the son of the god Loki and the giantess Angrboda, which makes him the brother of the serpent Jormungand and the underworld goddess Hel.

As is recounted more fully in the tale The Binding of Fenrir, the Aesir gods raised Fenrir themselves in order to keep him under their control and prevent him from wreaking havoc throughout the Nine Worlds. He grew at an astonishingly fast pace, however, and eventually the troubled gods decided to chain him up. Their first two attempts were unsuccessful; while the cunning gods convinced Fenrir that it was only a game, a test of his strength, he broke through the fetters easily. For their third attempt, the gods had the dwarves forge the strongest chain ever built, which nevertheless gave the appearance of being very light and even soft to the touch. When the gods presented Fenrir with this third fetter, he became suspicious, and he refused to be bound with it unless one of the gods would stick his or her hand in his mouth as a pledge of good faith. Only Tyr was brave enough to do this, knowing that it would mean the loss of his hand. And, sure enough, when Fenrir found himself unable to break free of his bonds, he ripped Tyr’s hand from its arm. The chain was then tied to a boulder and a sword was placed in Fenrir’s jaws to hold them open. As he howled wildly and ceaselessly, a foamy river called “Expectation” (Old Norse Ván) flowed from his drooling mouth.