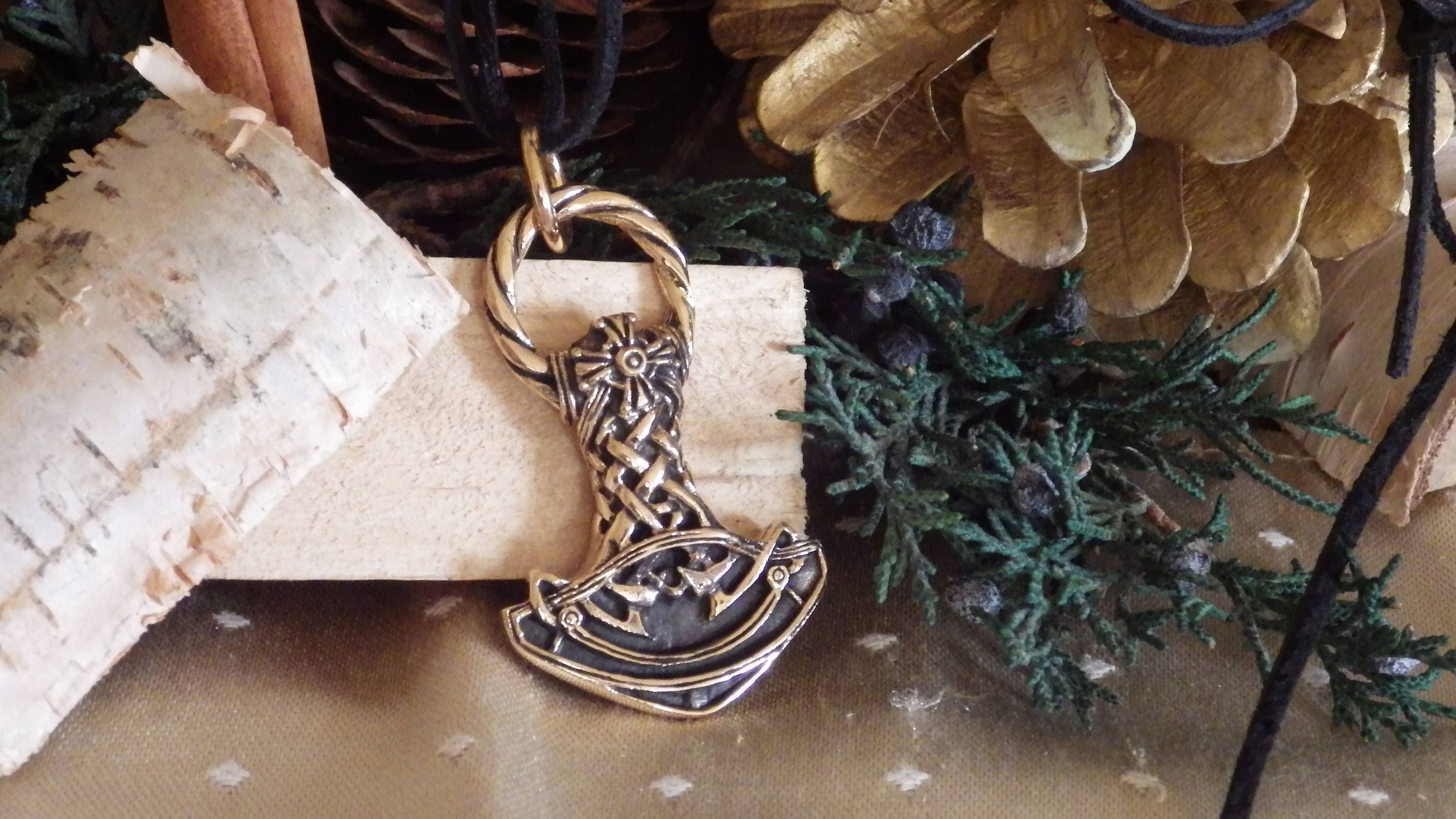 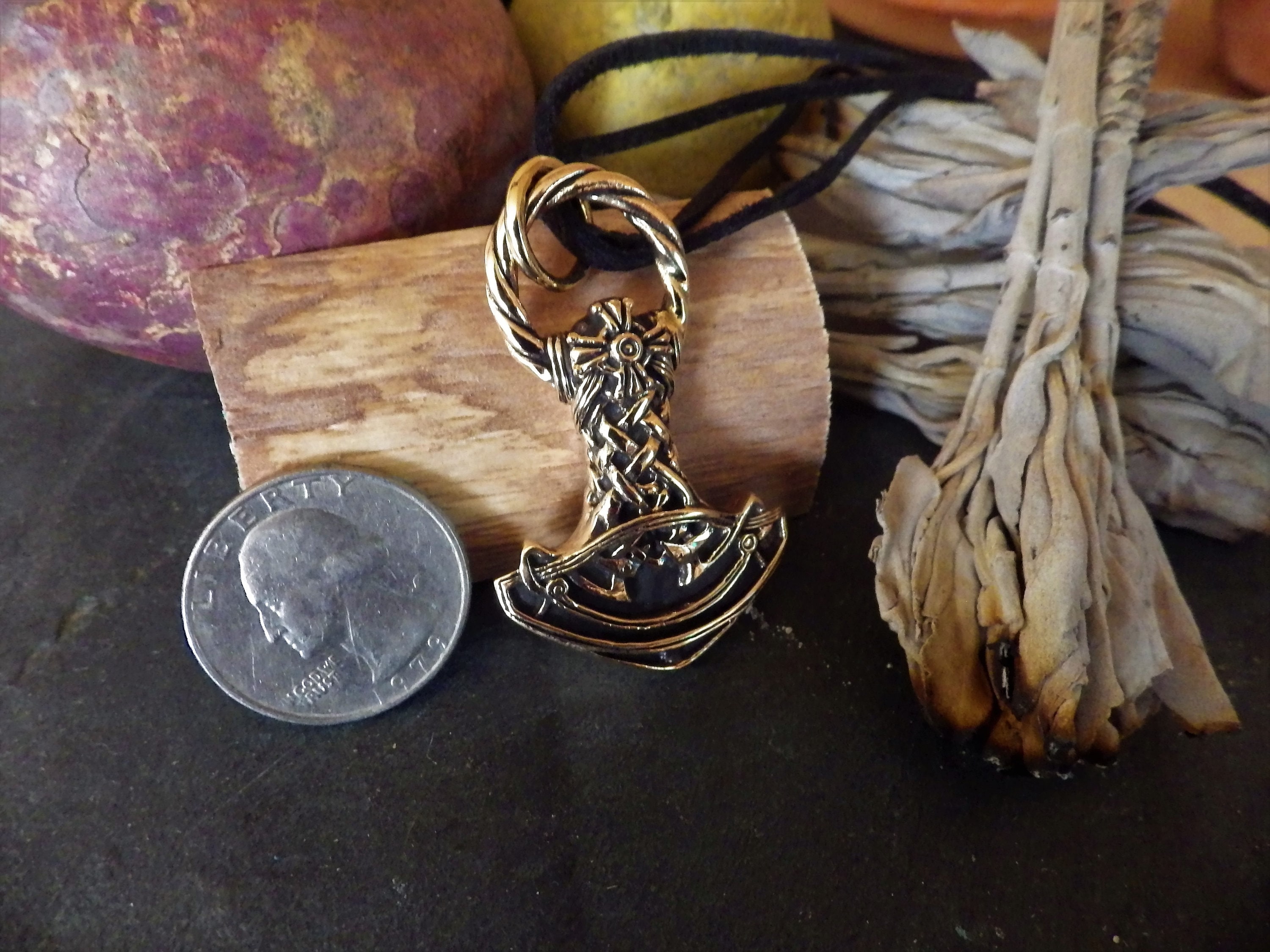 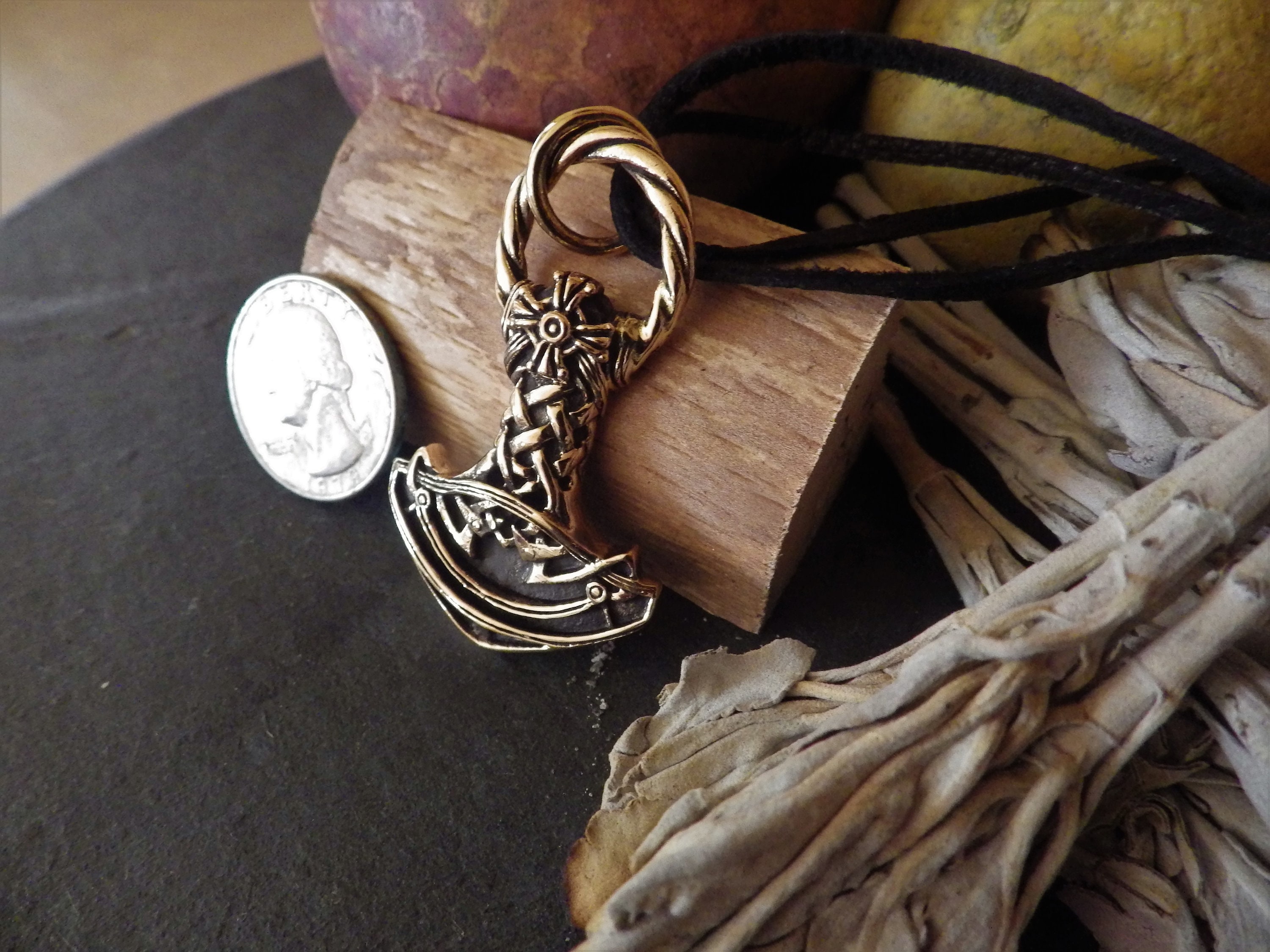 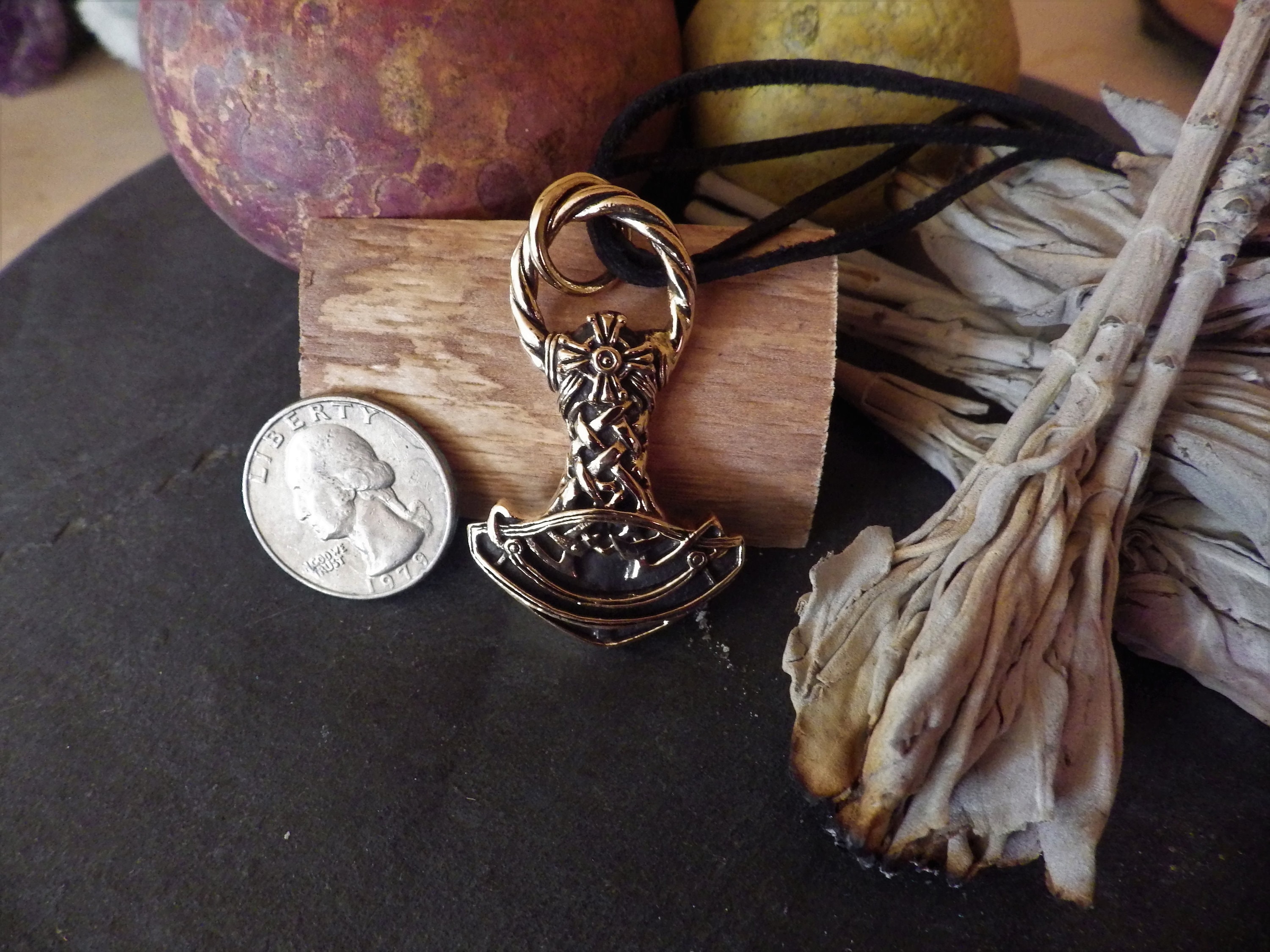 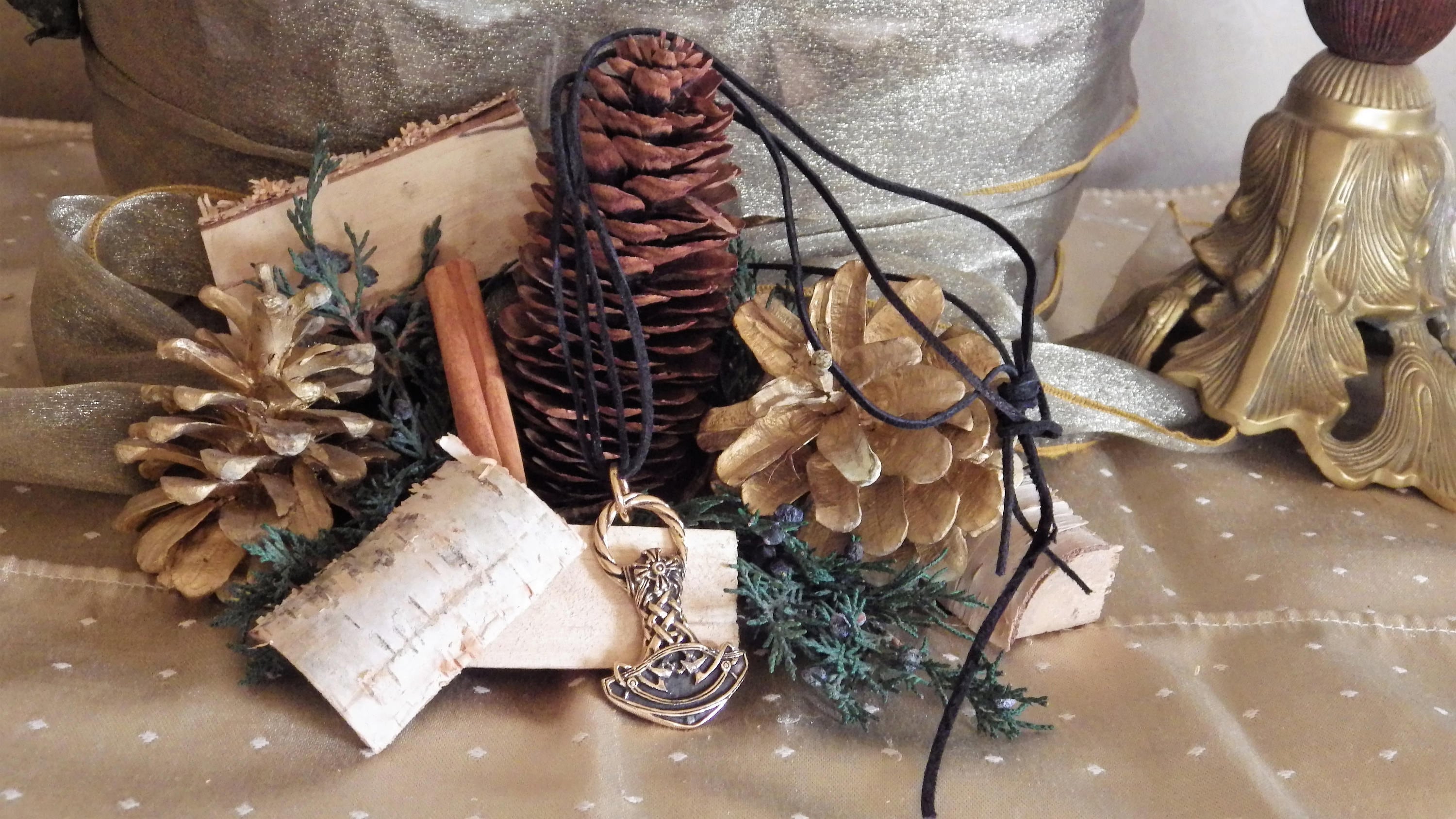 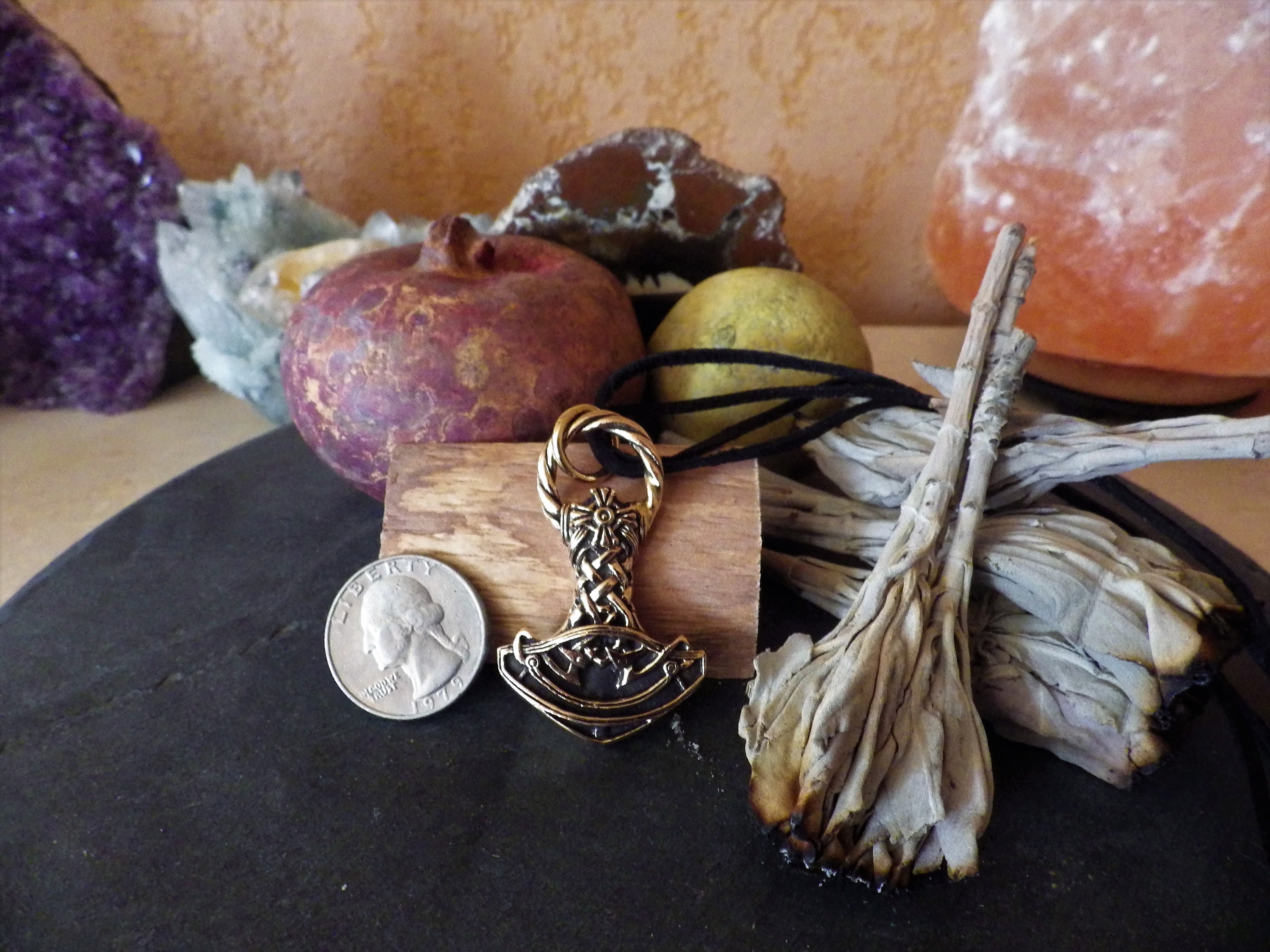 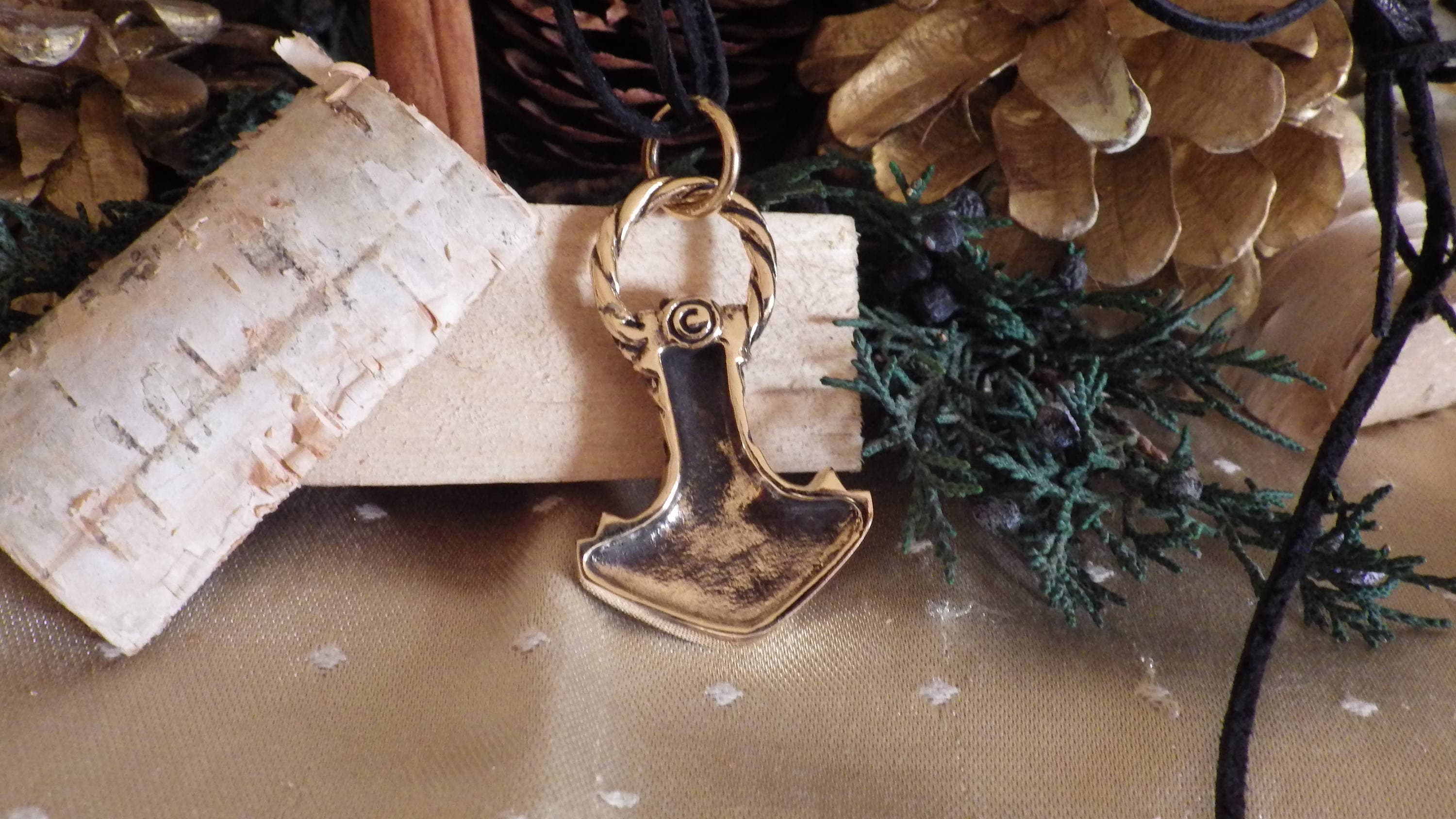 Bronze Thor's Hammer (or Mjolnir) designed for the Vikings of the 21st Century.

Mjöllnir is a magical weapon, which belongs to the god Thor. According to the legend, the hammer can only be held by Thor himself and Magni, his son, who has to wear a pair of magical gloves and a belt with it. Mjöllnir means "crusher".
Material: bronze. Size: 3.1 x 5 cm.