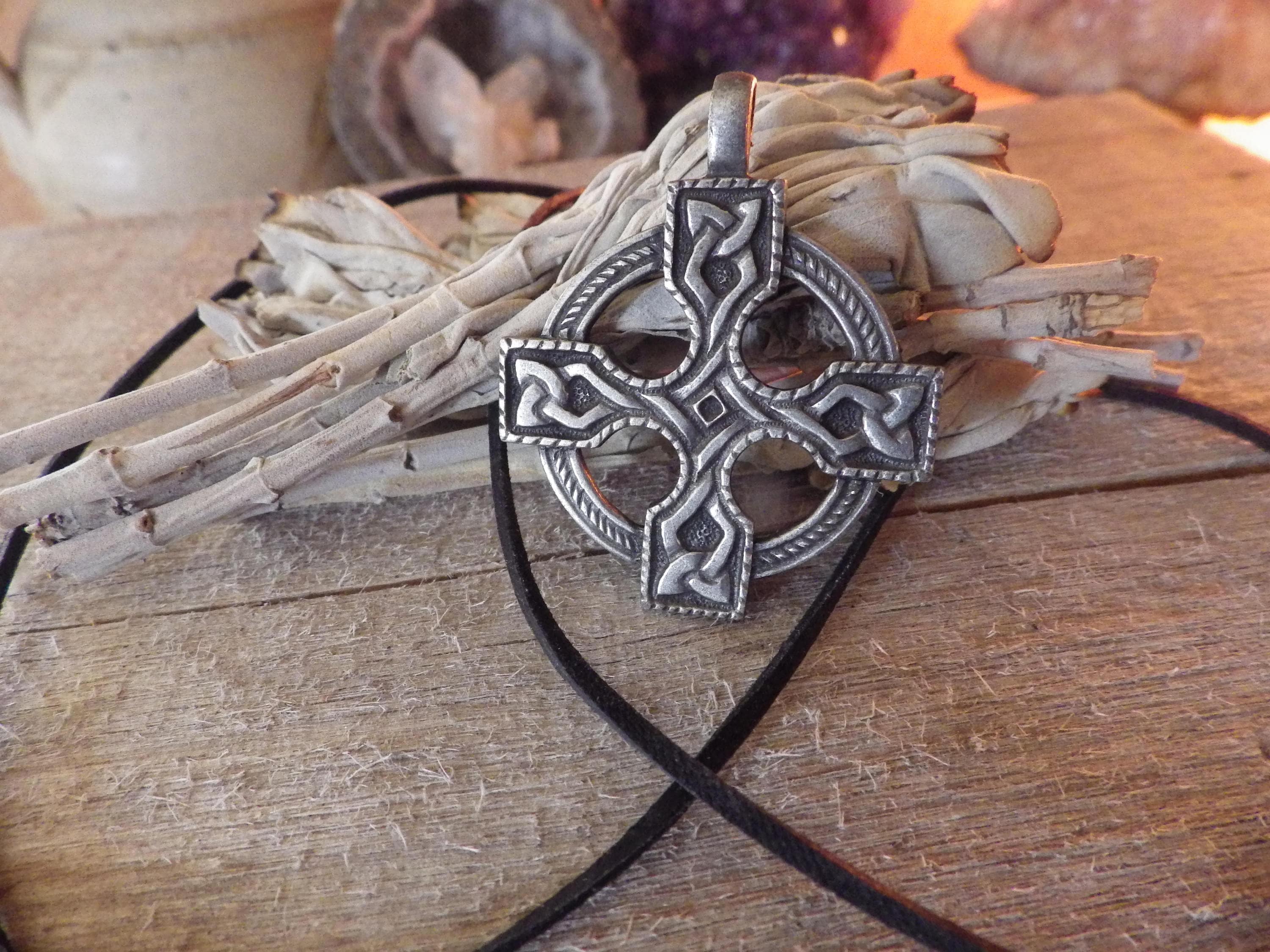 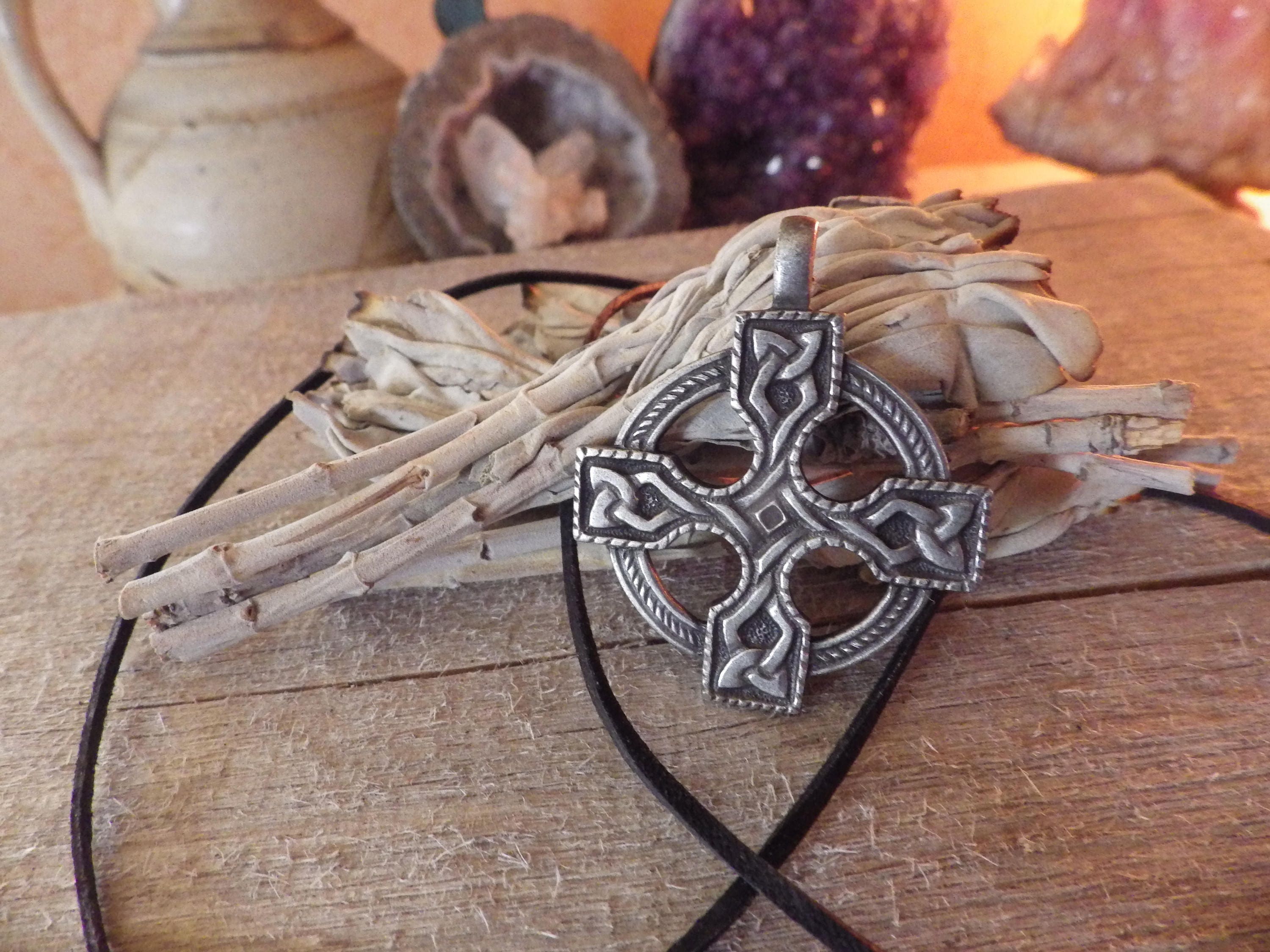 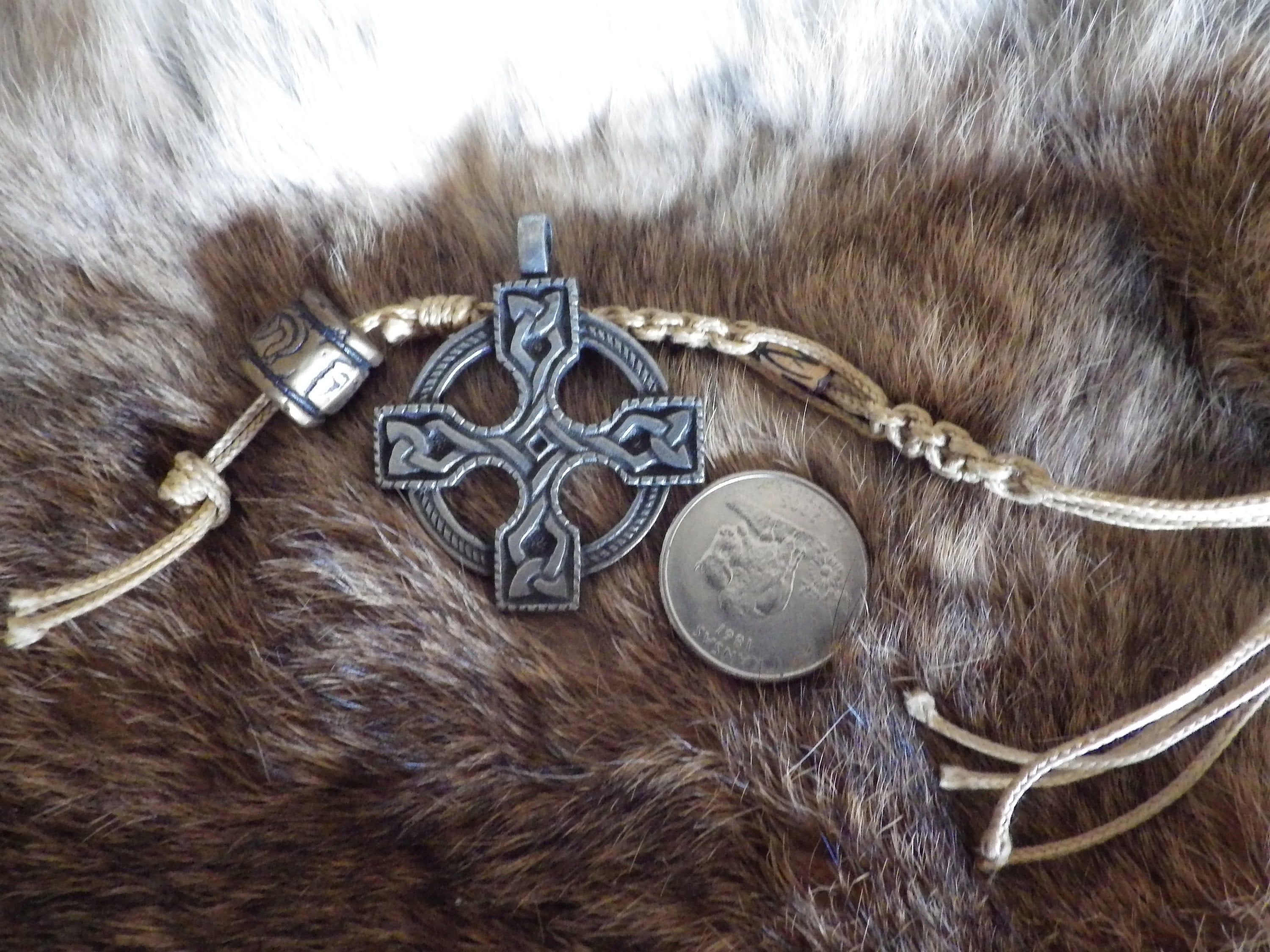 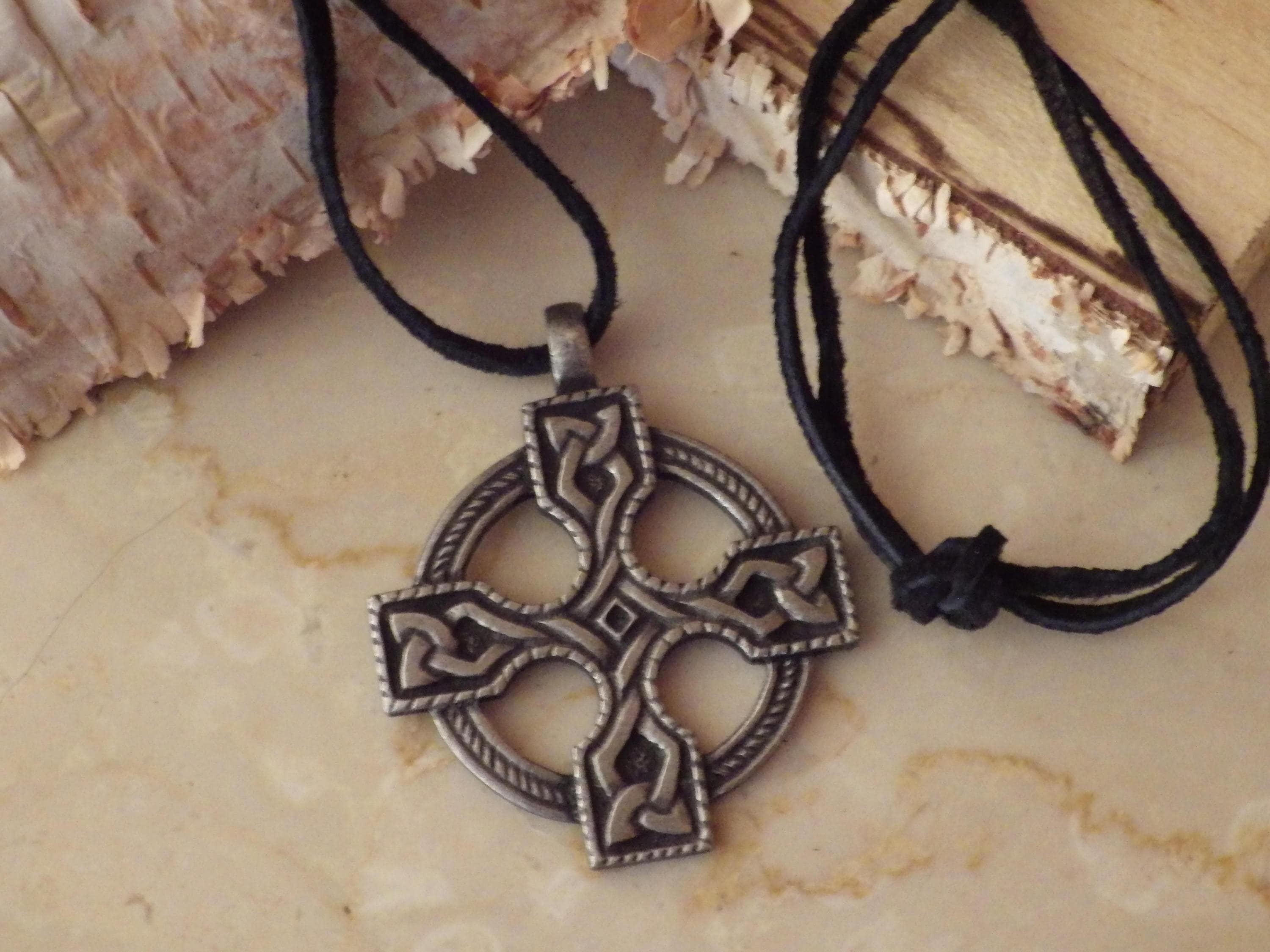 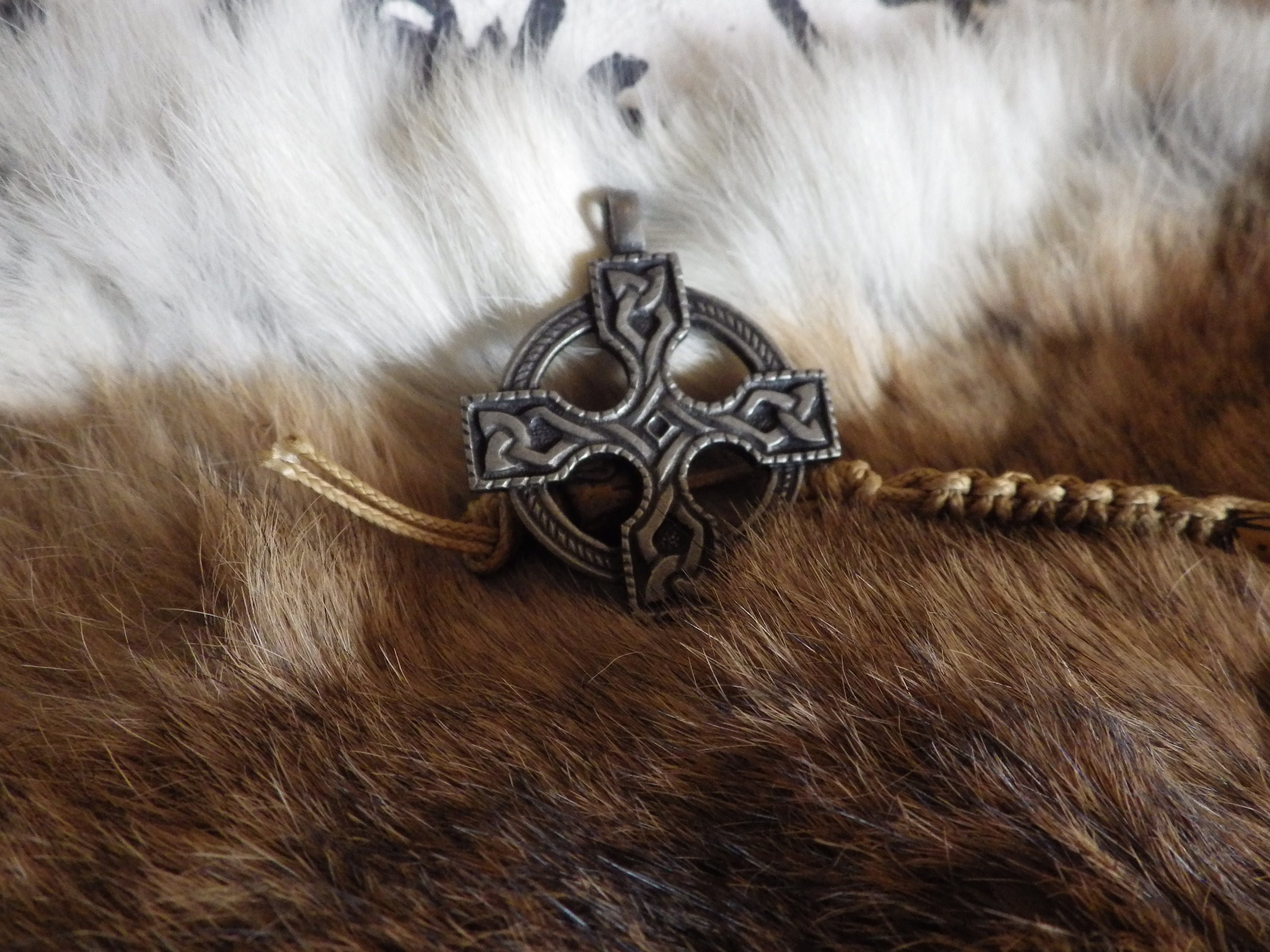 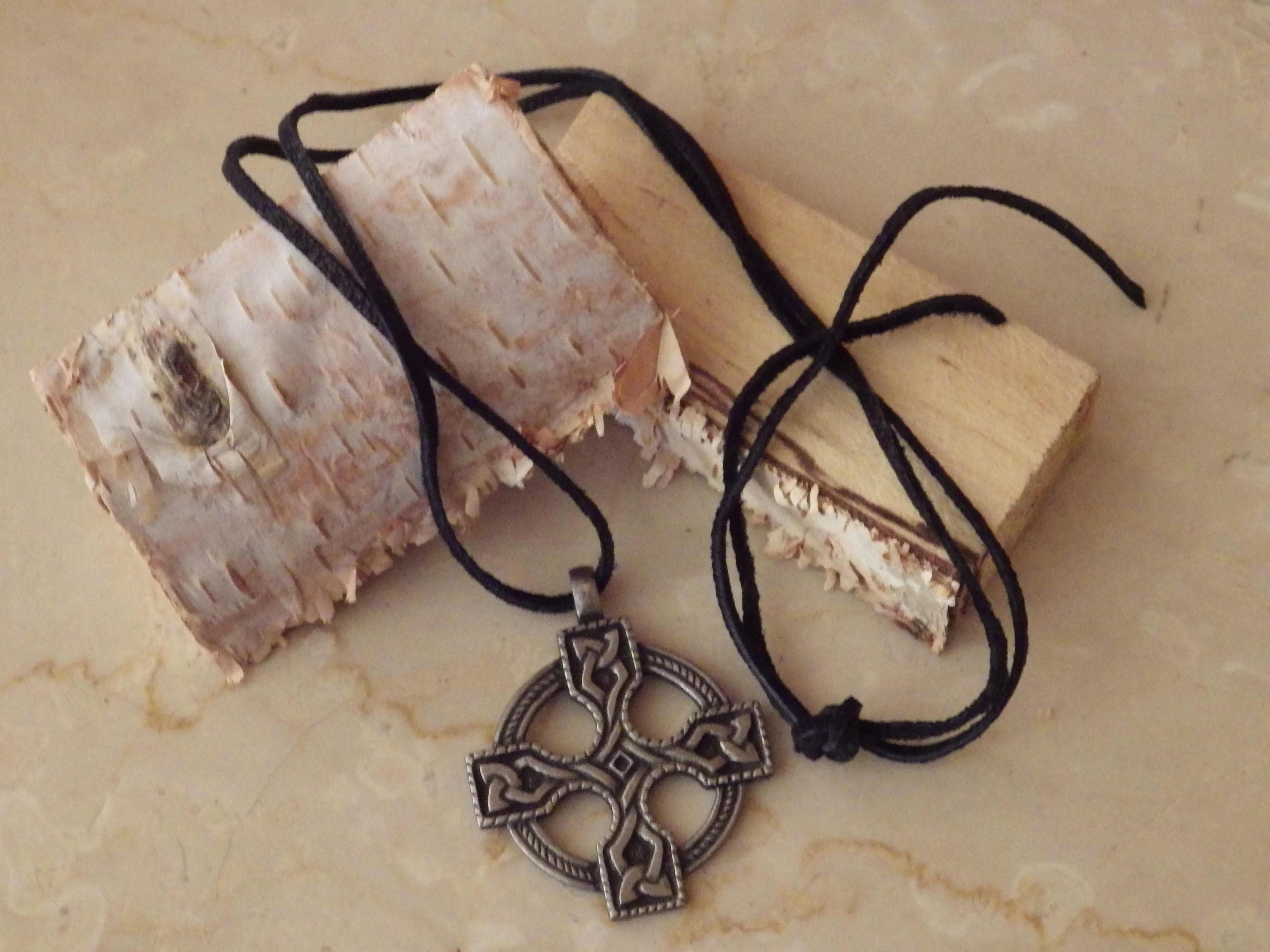 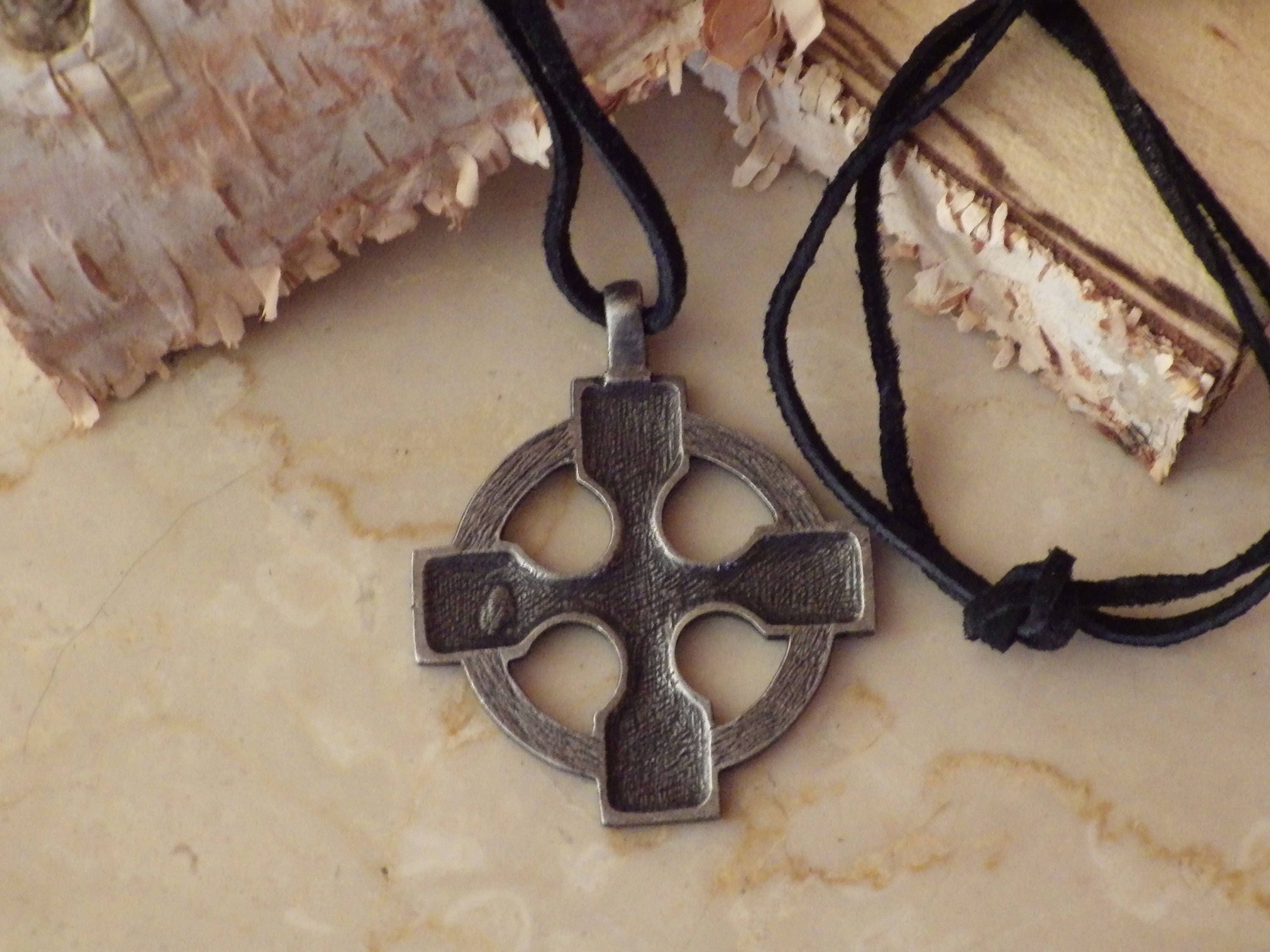 Celtic Cross of Harmony - Throughout history, the Sun has always been worshipped and considered to be all-powerful, supreme and a preserver. It is supposed to control the actions and impact of the planets as well as their moons. The Sun Wheel symbol is believed to invoke the great cosmic powers to bless the Earth with fertility, life, abundance, prosperity, and peace. The cross in the Sun Wheel divides the circle with four parts, which are said to be representative of the solar calendar and are marked by the solstices. They symbolize the four annual seasons that have a very significant influence on the agricultural cycles.
The sun cross in its most simplified form (shown above) is known in Northern Europe as Odin’s cross, after the Chief God of the Norse pantheon. It is often used as an emblem by Asatruar, followers of the Norse religion. The word “cross” itself comes from the Old Norse word for this symbol: kros.

Very high quality item. Exceeded my expectations (as did the other two I bought previously). Will make a great gift for anyone who is interested in early Scottish Christianity.

These crosses are absolutely beautiful! Casting and oxidation are perfect. Communications with the seller were excellent and the items shipped quickly. I'm hoping it will be possible to order silver and/or bronze versions as well!

Nice quality and my husband loves it.

Love it thank you ! Will buy more !