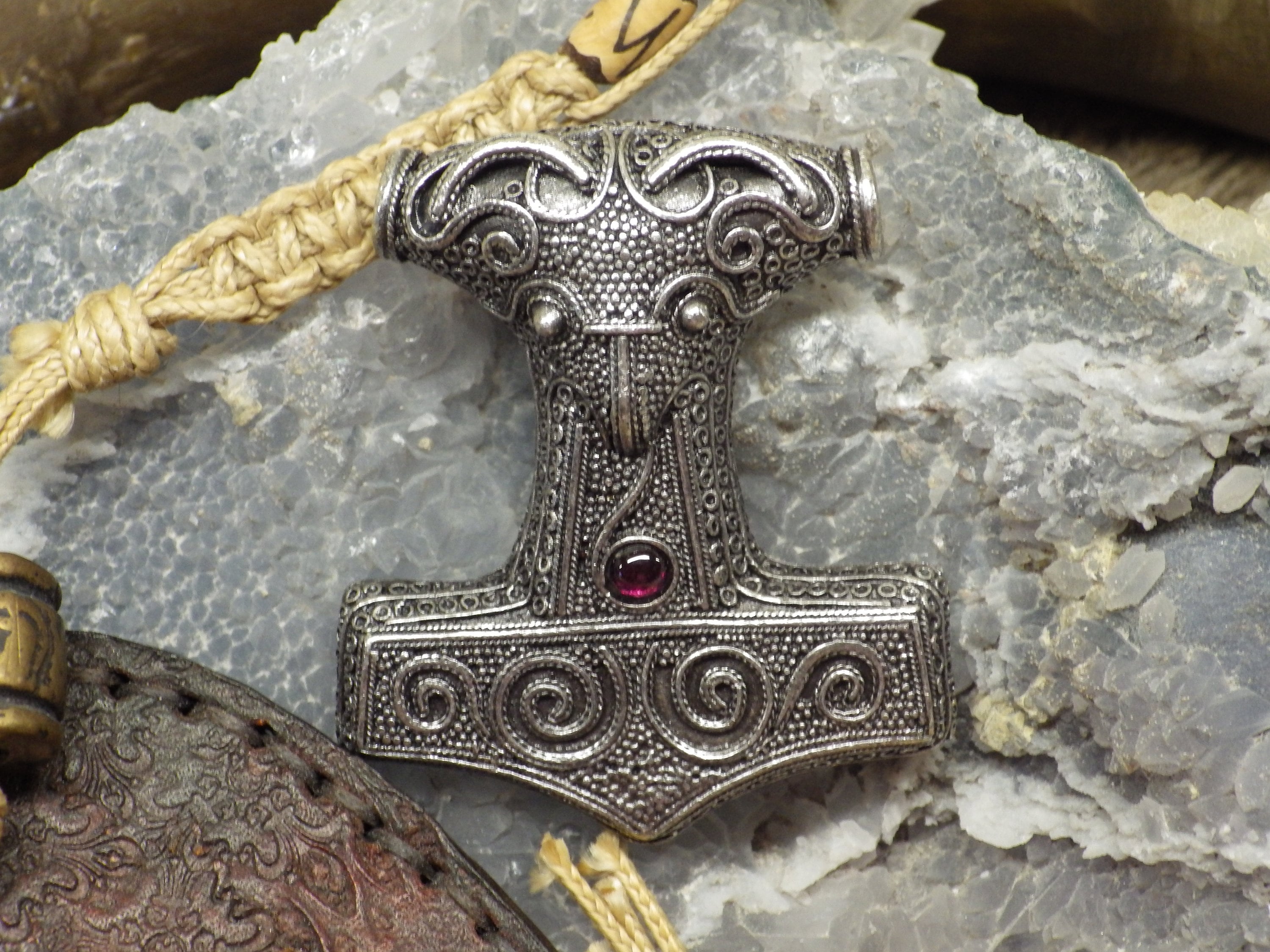 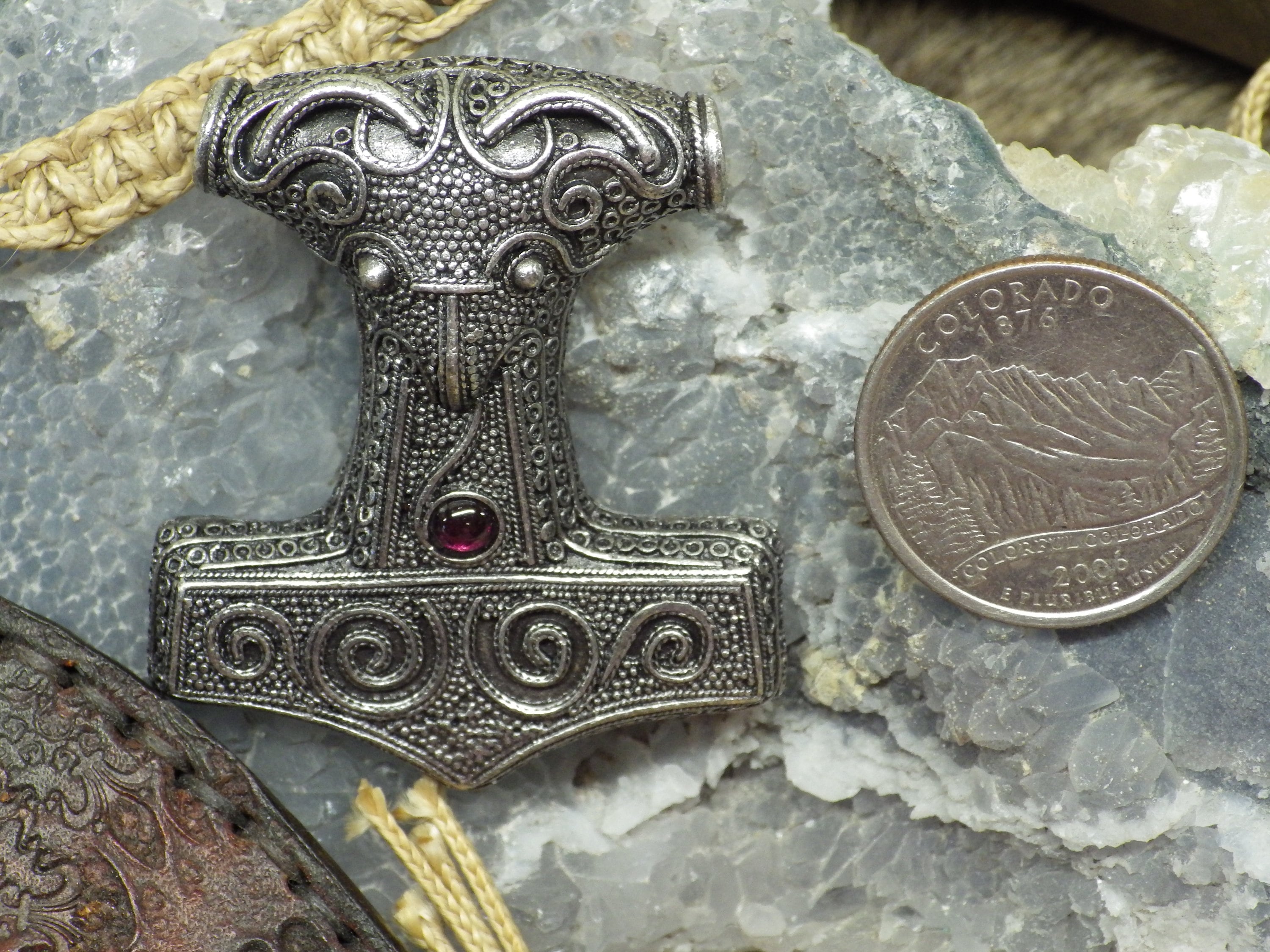 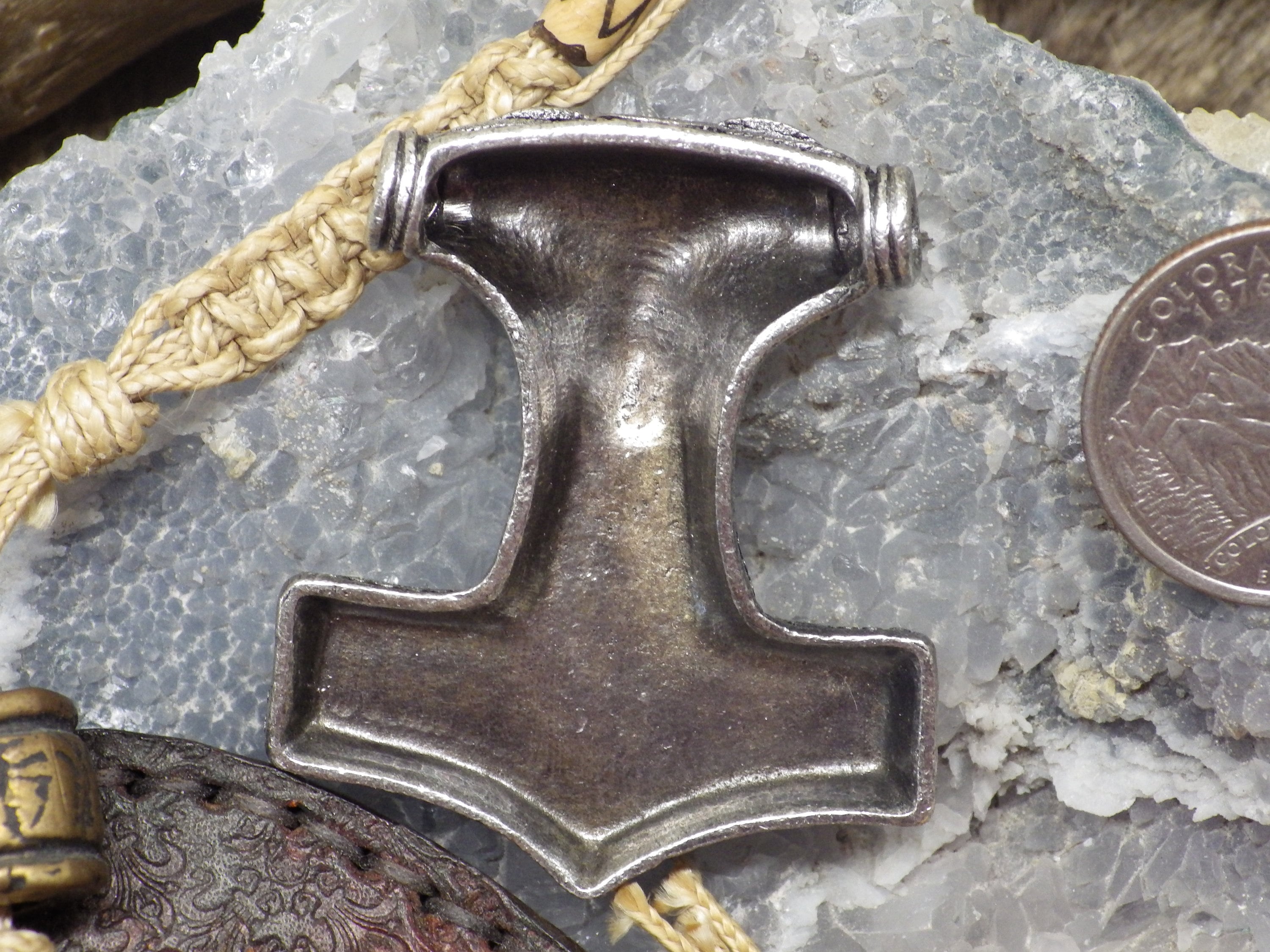 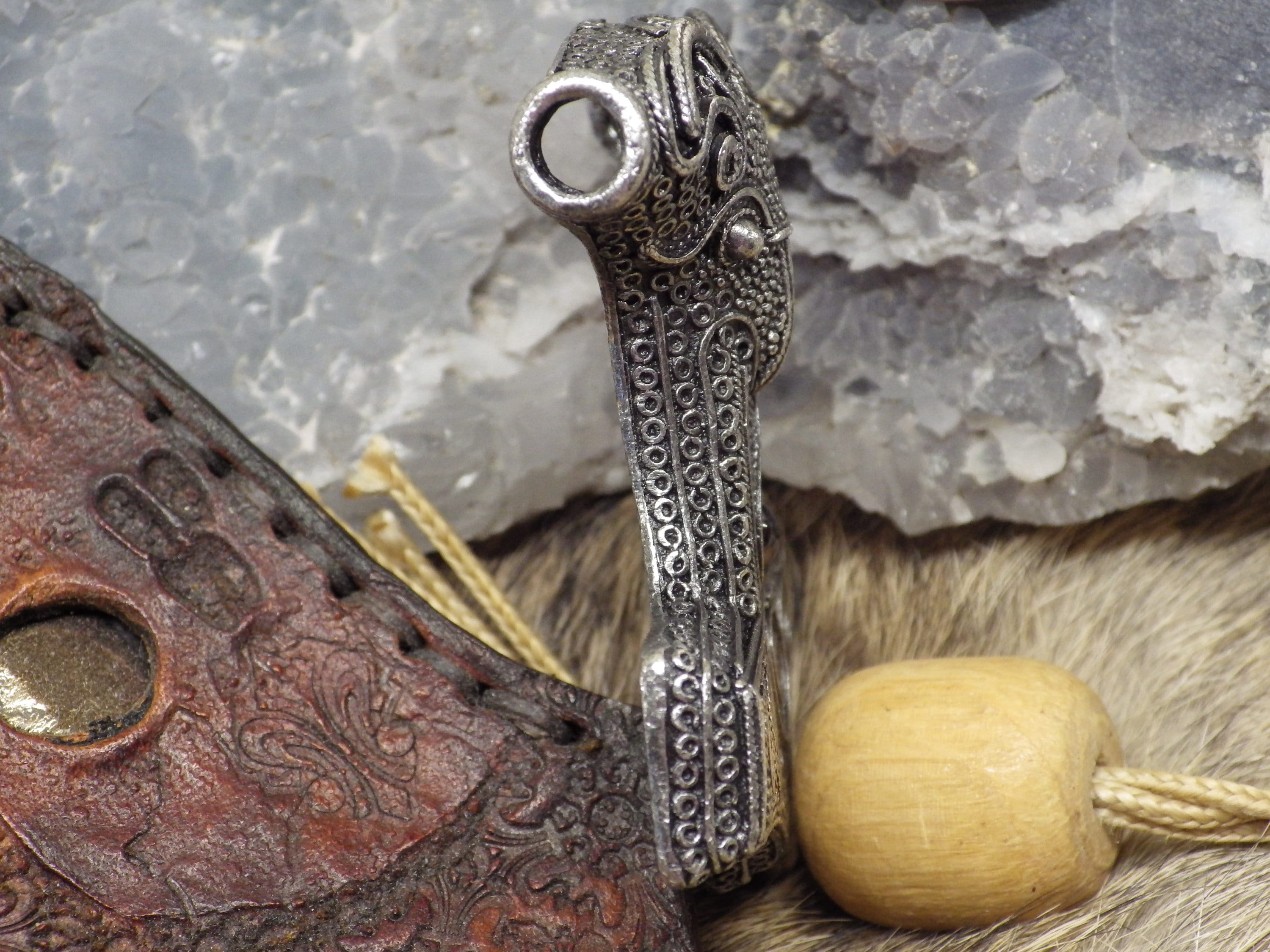 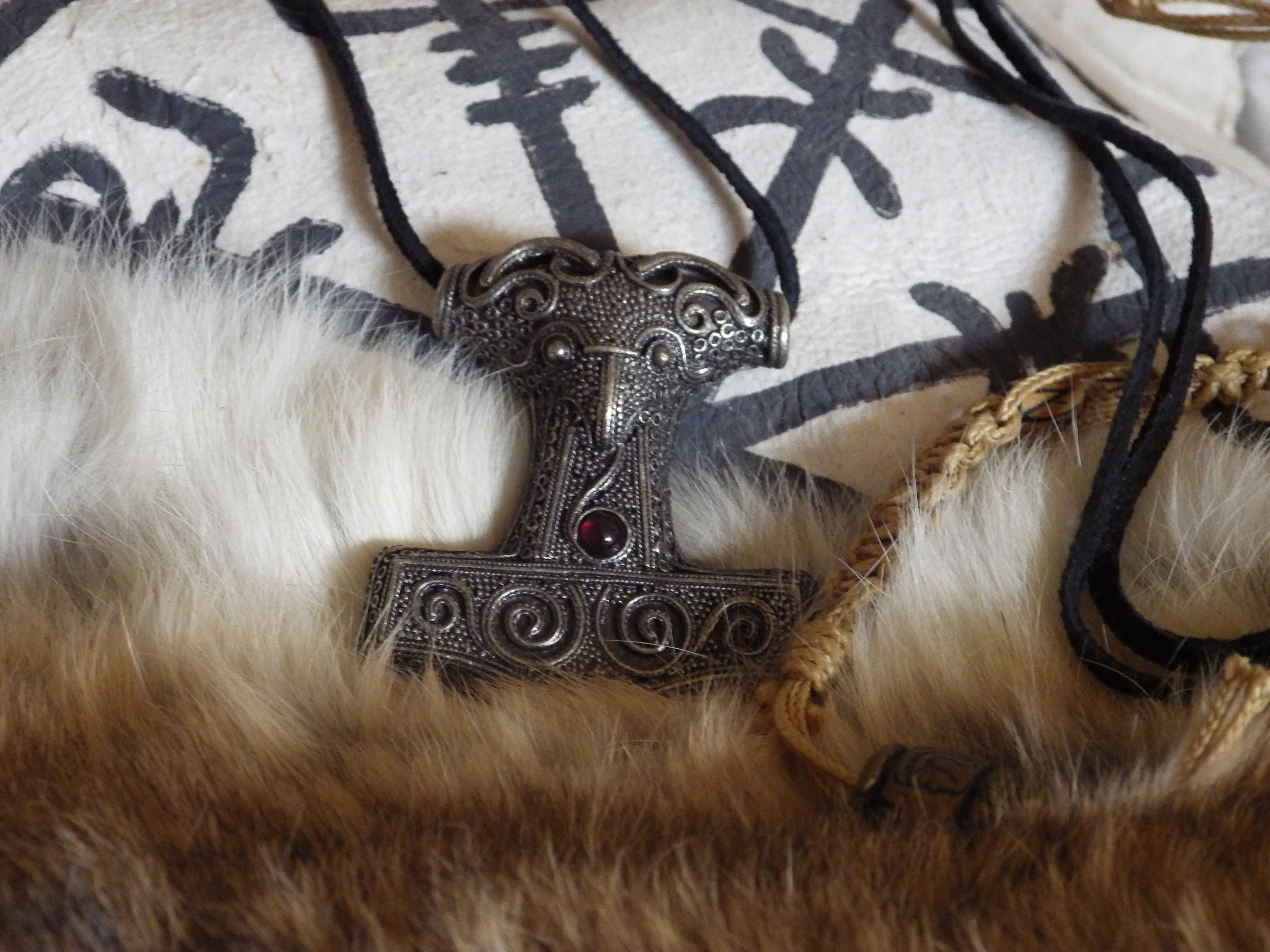 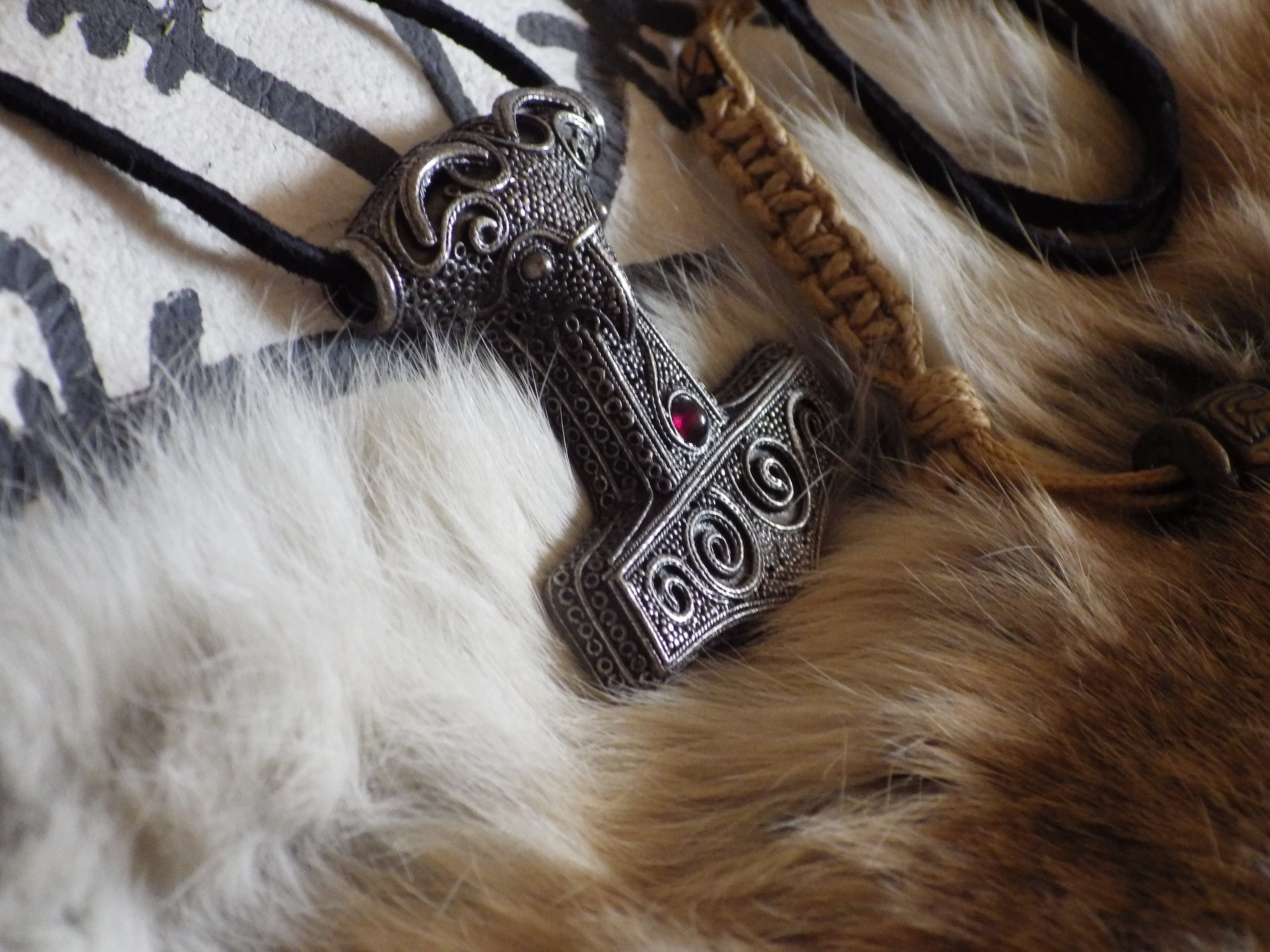 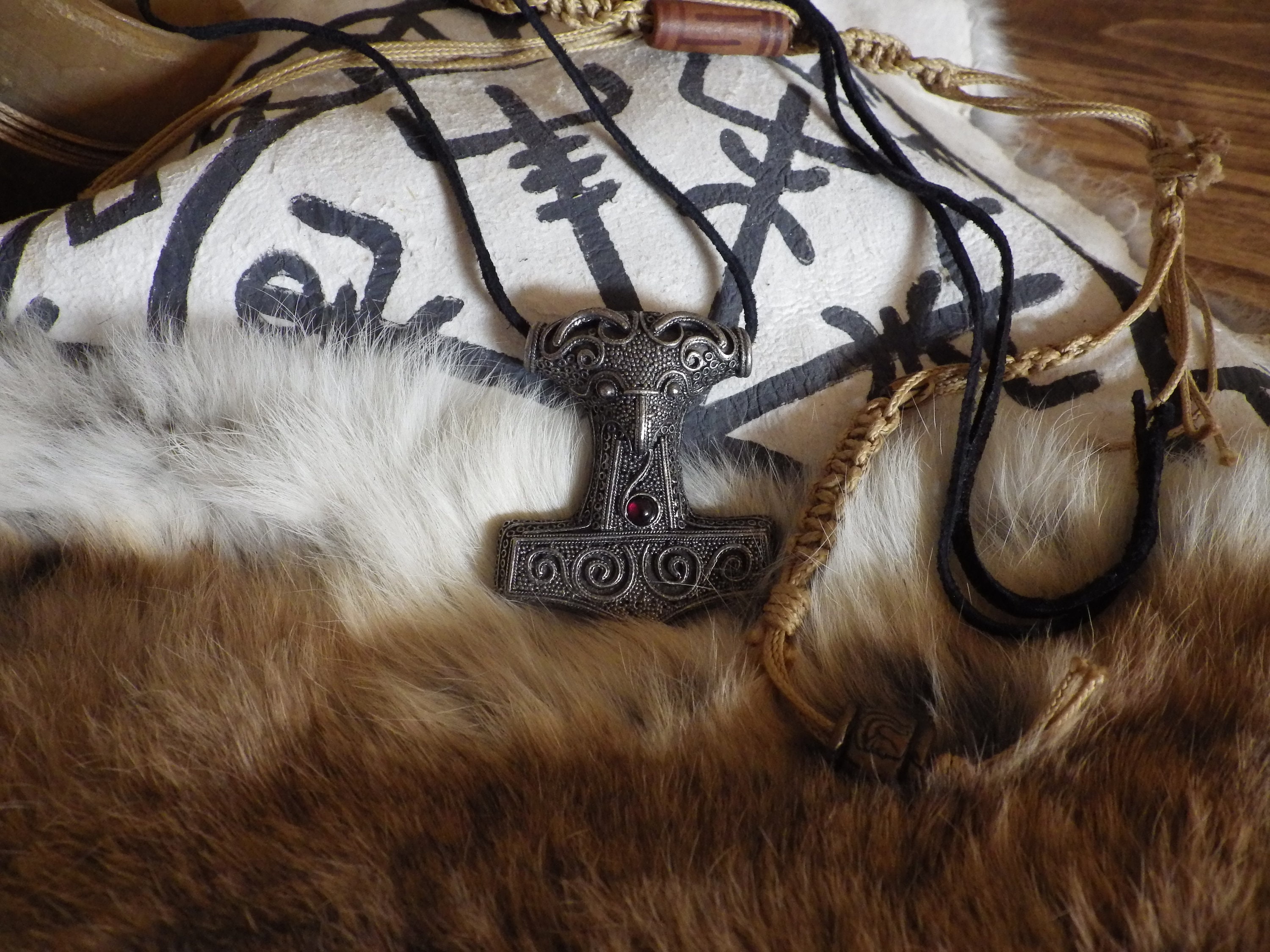 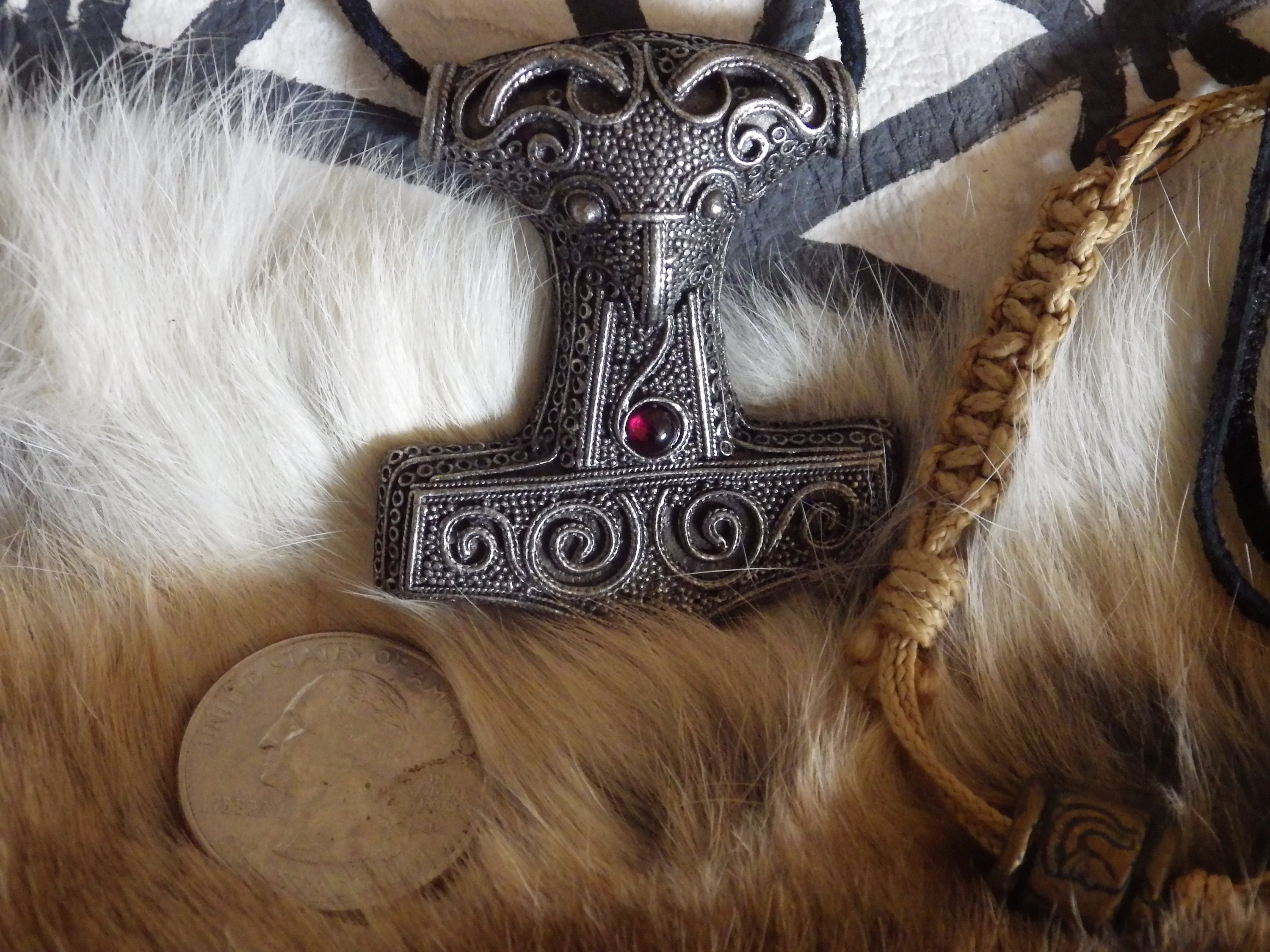 This pewter replica of a viking Mjolnir (Raven Head Thor Hammer) that was found in the locality of Kabara, province of Scania, Sweden. Mjöllnir is a magical weapon, which belongs to the god Thor. According to the legend, the hammer can only be held by Thor himself and Magni, his son, who has to wear a pair of magical gloves and a belt with it. Mjöllnir means "crusher".
Size of 4 x 5 cm.

I got this as a present for my husband and it does not disappoint! We both love it. The craftsmanship is exquisite, nice weight, and the leather cord looks quite sturdy. Will definitely order from this shop again!