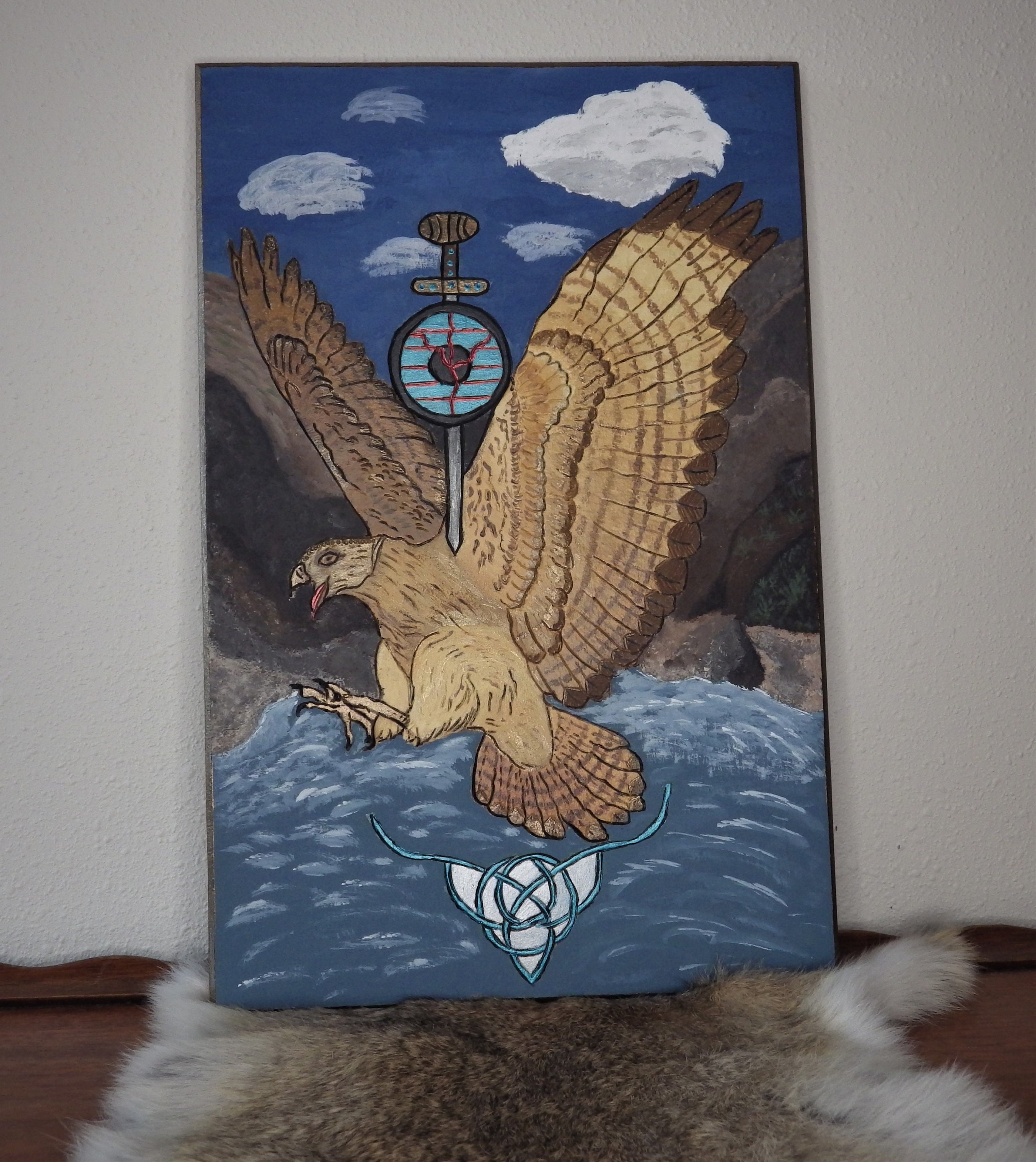 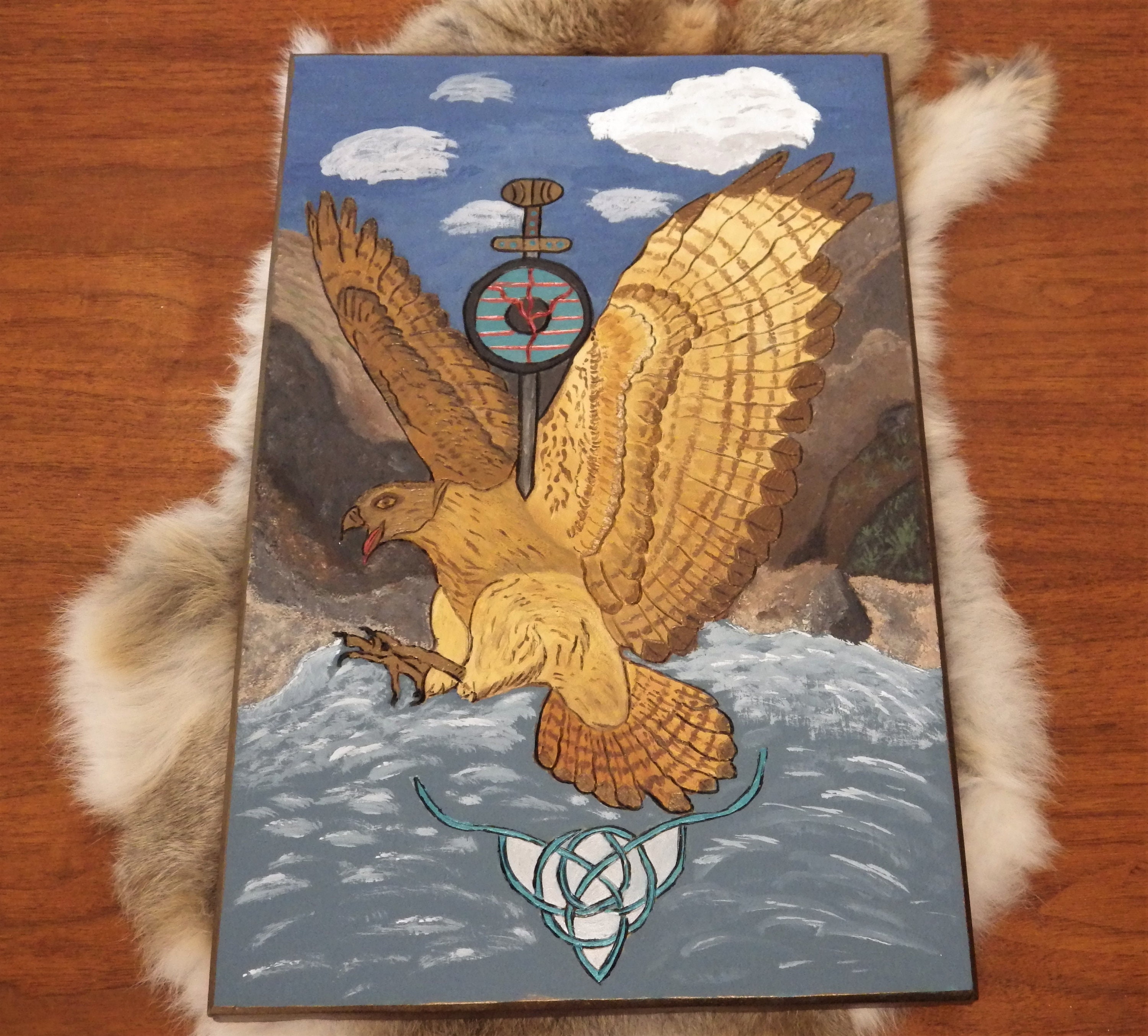 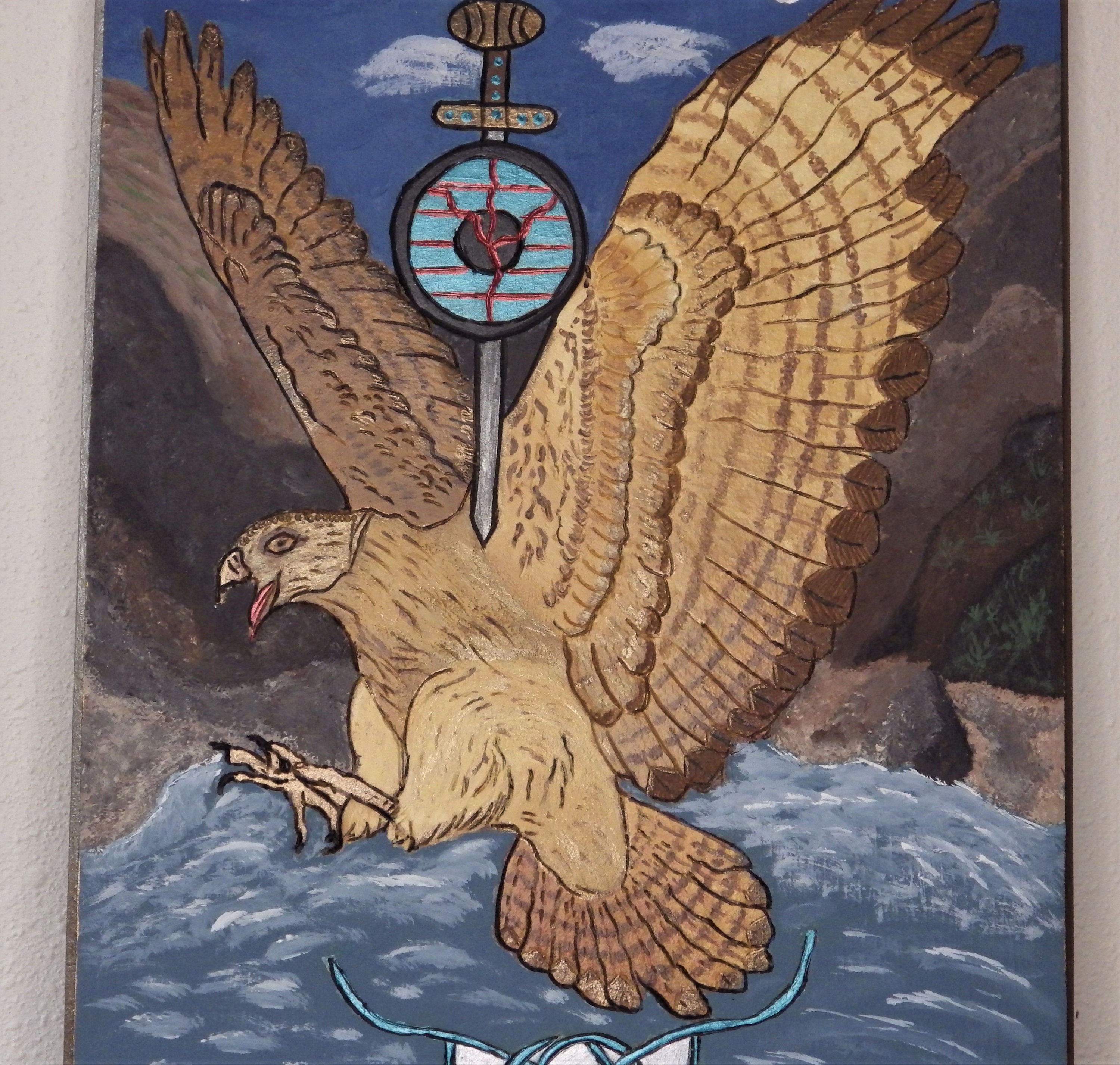 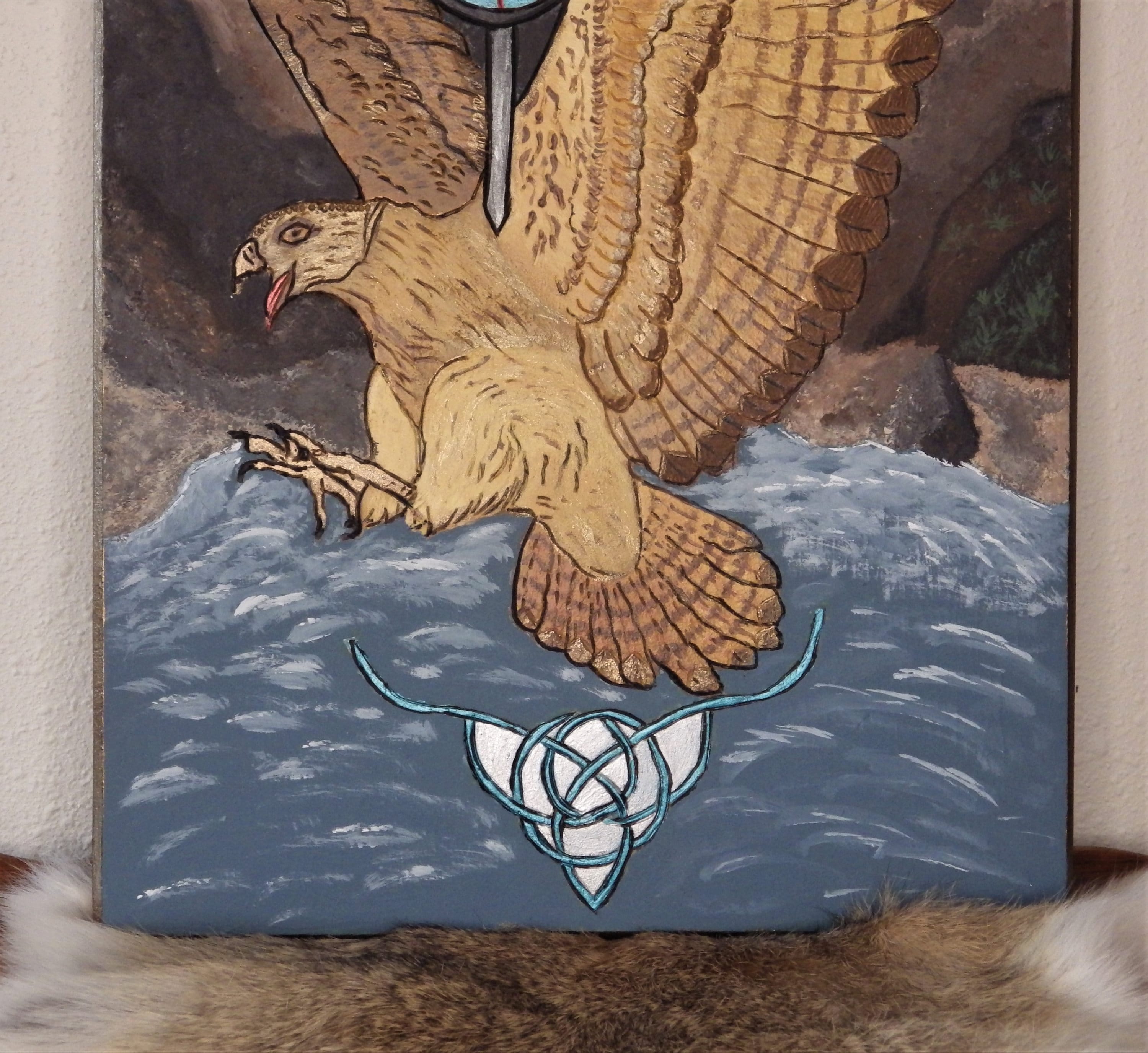 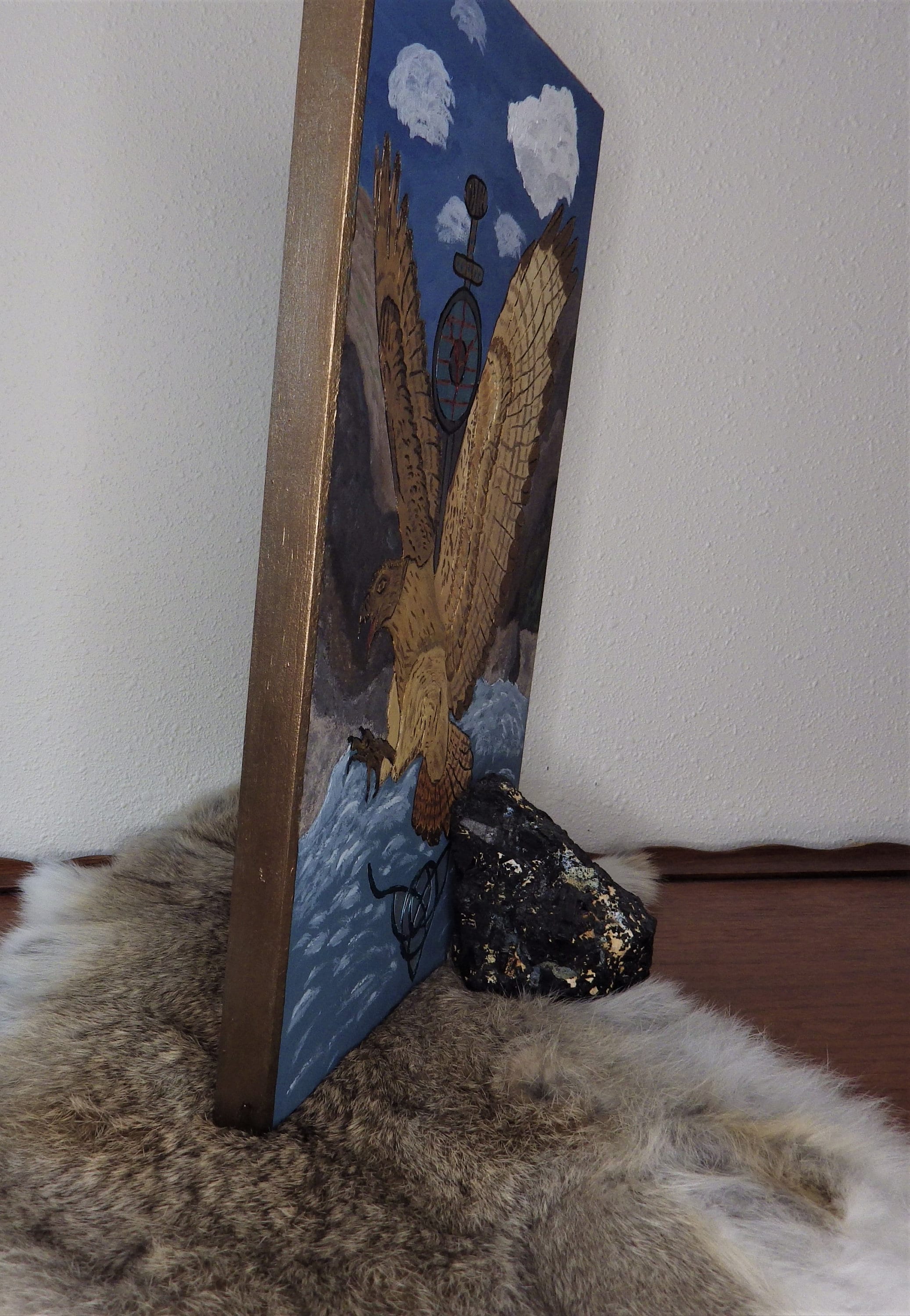 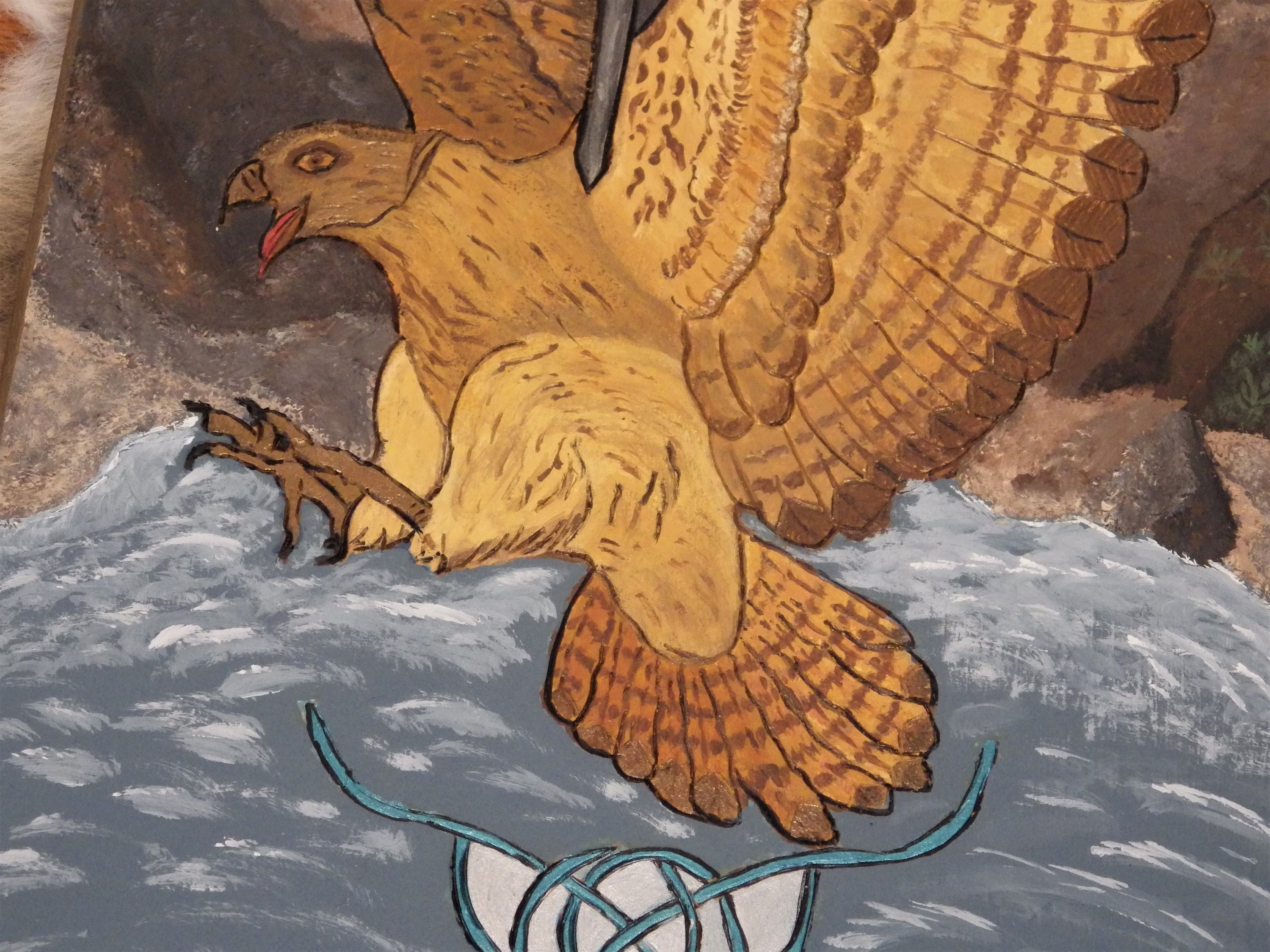 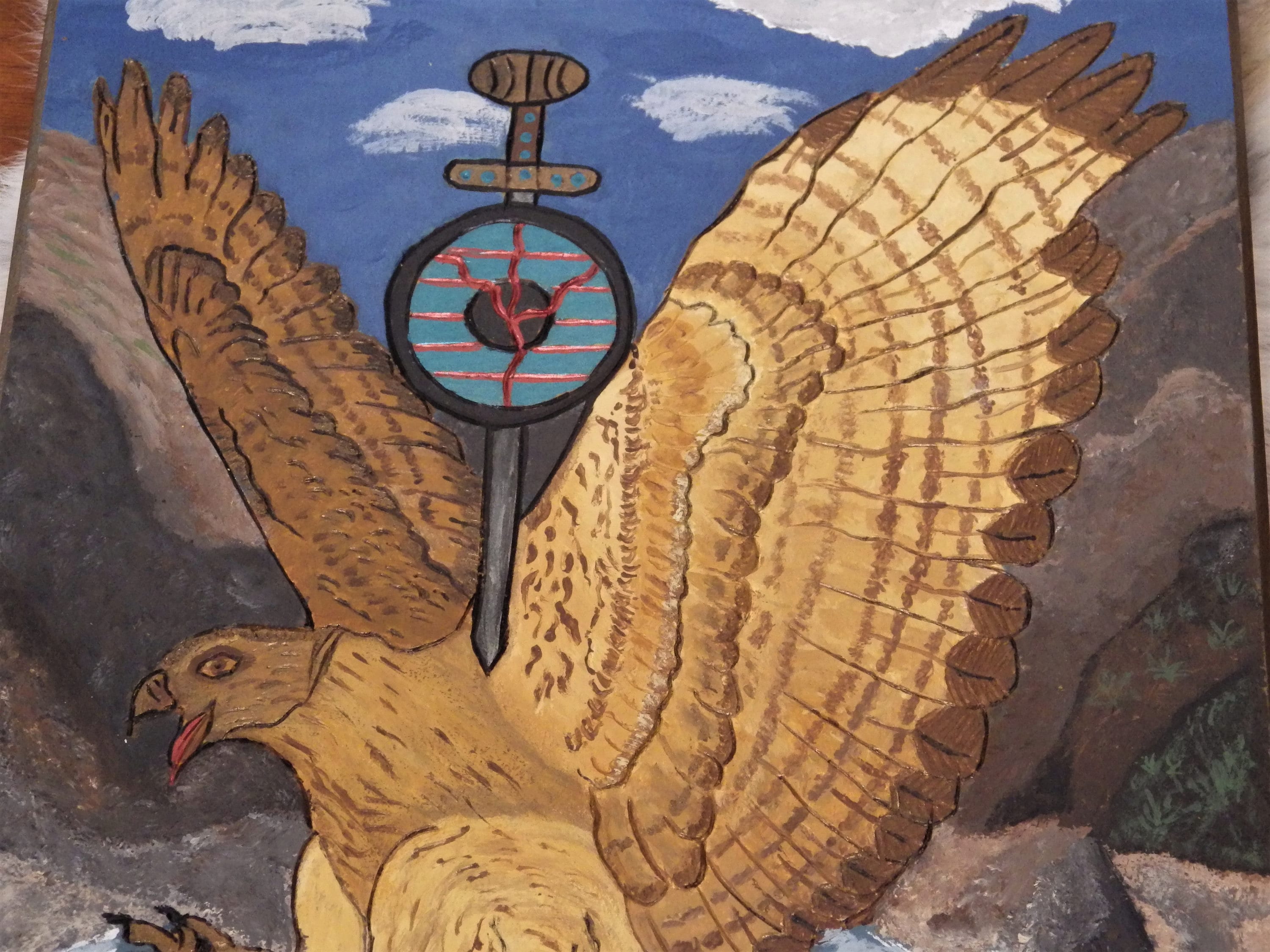 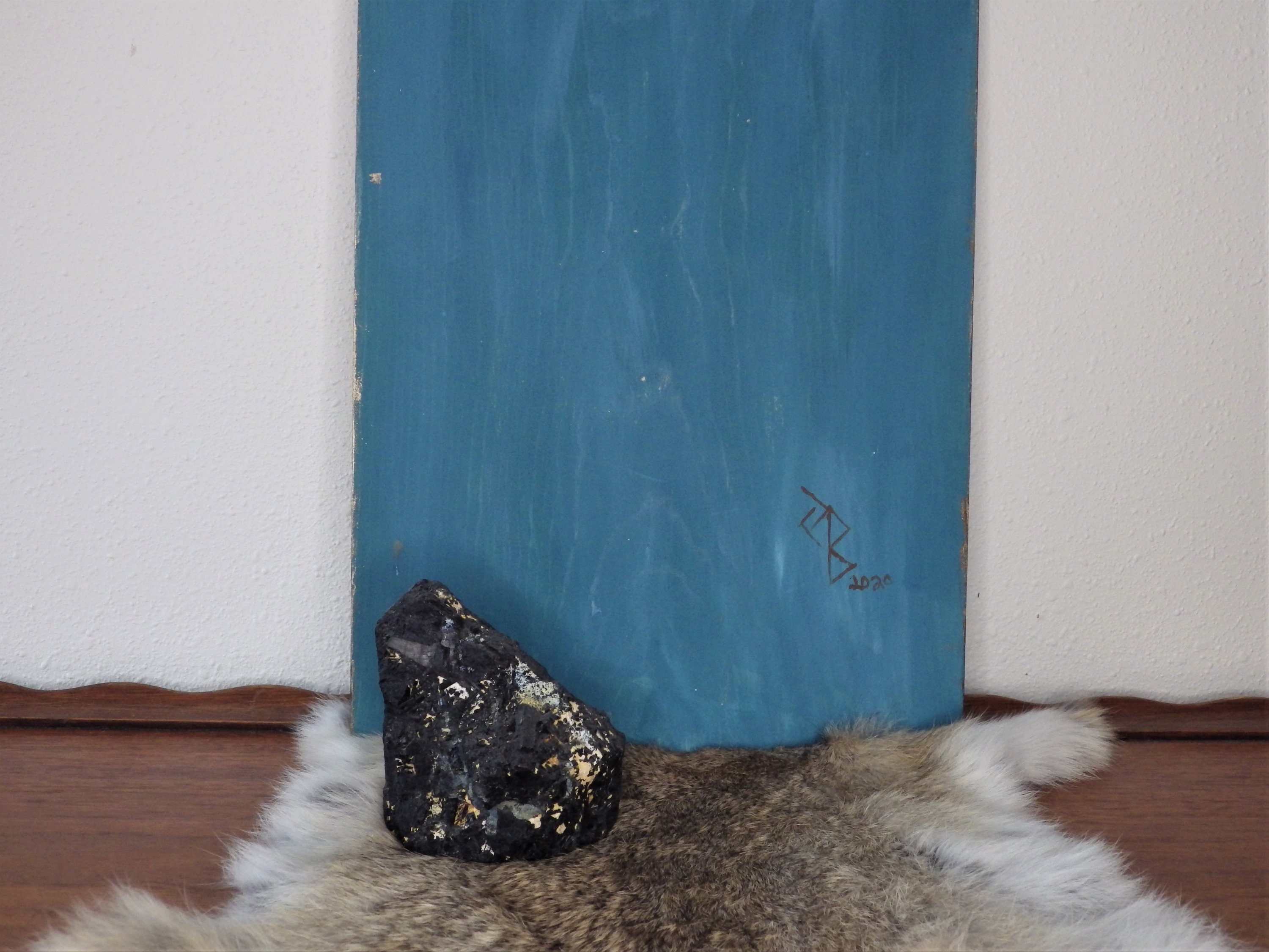 Freyja and the Valkyrie are the most mysterious and revered women/goddess/warriors in the Norse pantheon. Freyja is the goddess of beauty and sexuality but also a seer, warrior, herbal wisdom and seidr. She takes half of all the fallen first to Folkvangr and then Odin takes his einherjar to Valhalla. The hawk is one of the shapes that many of the gods take when shape shifting, It is most closely related to Freyja. Although most often the Valkyrie are said to have wings like a swan, I find the nature of a hawk to be a better representative.

The Valkyrie are best know as those that choose from the fallen those that will go to the great halls. Fierce warriors, they are also the protectors of their warriors so that the warrior does not fall before his/her fated battle. The Valkyrie appear in the sagas such as Sigdrifa and Sigurdr where Brynhildr teaches Sigurdr the runes to place on his sword for protection. Valkyrie collect the warriors for the gods but can also act independently. It is said that a vitki can establish relationship with his/her Valkyrie with the goal of the male vitki to wed his Valkyrie and the female vitki to be joined to and become like a Valkyrie. As much as a mortal woman can become one.

In the center of the shield is Elhaz - (Man) is the increase of dust; mighty is the talon-span of the hawk. - Old Norwegian Rune Rhyme
The rune elhaz shows the awareness of the human, that she or he is both microcosm of the universe and its center ( necessary to our perception). It shows the stance of Teutonic "prayer" (head and hands upraised) - that is, willed and mutual communication between gods and humans. It is the rune by which one may hold speech with one's own valkyrja, the swan-winged bringer of wisdom and messenger between gods and humans.
The rune elhaz is a great rune of warding, as shown by its bond with the shielding might of the vakyrja and yew tree and by other aspects of the stave as well. Elhaz is often depicted as "burning" which shows its warding traits. It is the warding of holiness, the intense fiery energy, like that of Bifrost, in the presence of which nothing unclean can abide.

May this piece open communication with the gods, your valkyrja, and bring protection and warding from all unclean that try to enter your space.