The Truth of Warrior Women 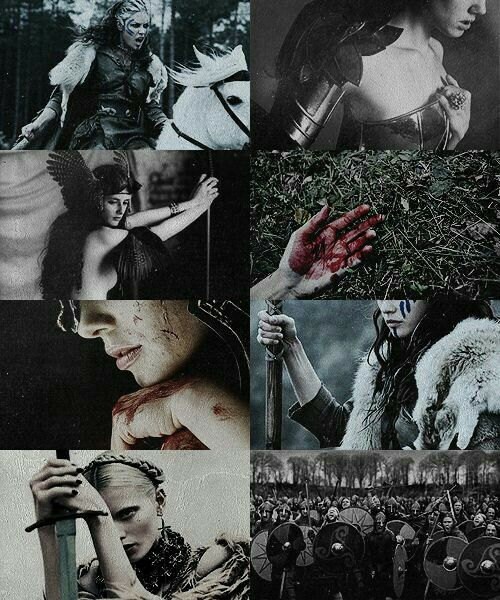 There has been much discussion, over the years, concerning the existence of women warriors.  Whether or not there were women trained as warriors, if they held high positions of status and authority and what the role of the northern woman was, or IS supposed to be.

I am one that believes the blood of my ancestors, and even the gods themselves, runs through my veins.  I am the result of a thousand loves,  and a thousand warriors.  If we truly believe that we descend from our gods then the question of the existence of women warriors has an obvious answer.  Now let me be clear about this, this is NOT a feminist rant nor do I in anyway support feminism, it has all but destroyed the masculine and feminine and both have lost sight of their unique value and purpose because of the feminist movement.  That being said, let me continue.

My home is in nature with animals, birds and all natural life as it is precious to me.  Joy is found in the laughter of children, the smell of a meal cooking, gardening, creating, building, art and music.  I study herbs and plant remedies, work with runes, crystals and healing arts. But I have always had a bit of a wild streak and if you tell me I can't do something?  It is taken as a challenge.

Was I trained?  Yes.  I ran, played sports, rode bikes, hiked, camped, rode dirt bikes, learned to fix things and create things.  I learned to become strong and fit for my health and as a personal challenge.  These are all things that kids did when I was growing up whether male or female.  My Dad had four daughters and a son who was the youngest of his children.  I was the eldest which always meant much was expected and much responsibility was given.  I took it seriously and was quickly reminded if I did not.

There are a handful of times in my life when I have witnessed the rage of a warrior in myself and all but a couple of those times, it was to protect someone else. It scared me the first time.  It scared me to know that I could be so violent, that rage could be so instant and swift and precise.  The protection of someone else is the most basic instinct of a mother, a sister, a friend, a pack member and a kin member.  I will not stand by when a woman is being abused, when a friend is in danger, when a child is in danger and I fight with all that I am if you come against me.  It is in my bones.  It is in my blood.

So are there women warriors?  Yes there are and any man should hope that his wife, the mother of his children, can awaken that warrior in herself if she needs too.....and be proud of her.